How to Draw an Old World Sucker-Footed Bat 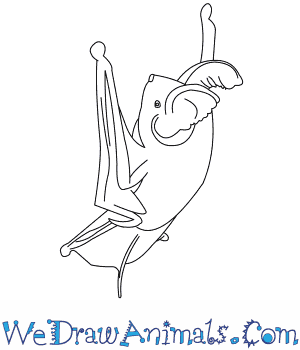 In this quick tutorial you'll learn how to draw an Old World Sucker Footed Bat in 9 easy steps - great for kids and novice artists.

At the bottom you can read some interesting facts about the Old World Sucker Footed Bat. 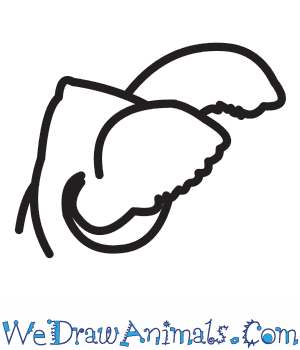 Step 1: Draw the head and horn. The head has a pointy top. There are two large round ears at the top of the head. The front part of the ear is round bt the back of the ear is a squiggly line. Just under the front ear draw the round, comma-shaped horn. 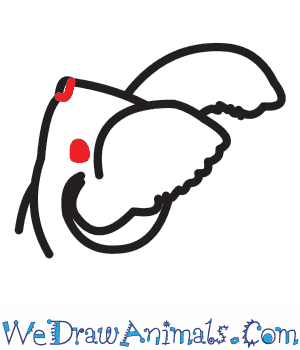 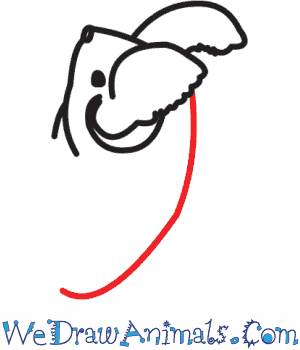 Step 3: Starting at the tip of the front ear draw the body line down and curve it to the left at the bottom. 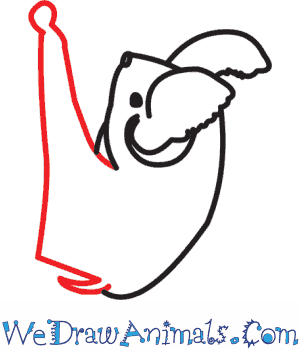 Step 4: At the bottom of the left head line draw a line up to make the front leg. The end of the leg is round and then the line comes back straight down. Then it bends sharply toward the back line. Just before it connects to the back line add a small sharp hook pointing to the left. 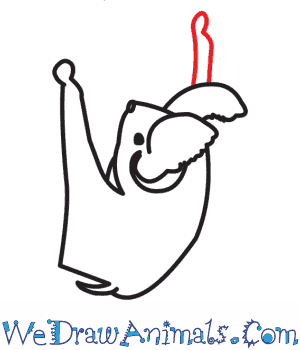 Step 5: At the very top of the back ear draw two short lines up to make the other front arm. Don't forget to add the circle at the top of the arm. 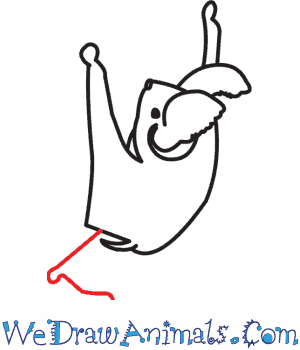 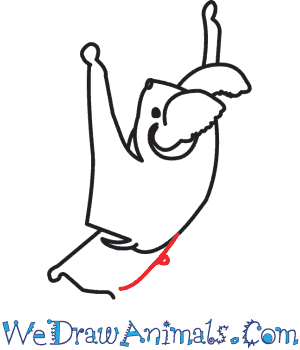 Step 7: Continue the back line down and angle it toward the hind leg. The two lines do not touch. 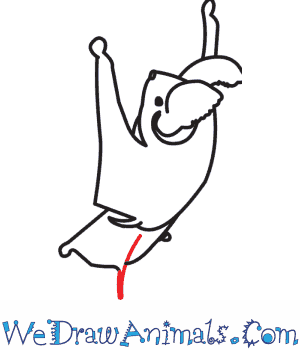 Step 8: The tail is a short curved line between the hind leg and the back line. 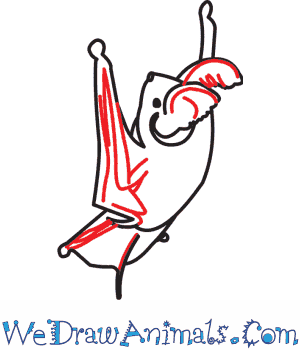 Step 9: Finally, draw straight lines along the length of the front arm and hind leg. There are curved lines inside the ears. These make the patterns on the bat.

The Old World Sucker-Footed Bat is a member of the mammal group and the scientific term for them is Myzopoda aurita. This animal derives its English name Old World because it is from an ancient part of the planet, and the Latin name Myzo (sucker) poda (footed) aurita (musical) indicates its uniqueness from other bats. Other common names for this species are the Sucker-Footed Bat and the Madagascar Sucker-Footed Bat. ?

Despite the species’ name, scientists have discovered that the bat does not rely on suction for climbing, but sticky feet from bodily residue instead. This allows them to reside on smooth leaves that predators cannot climb on. They live in eastern Madagascar where they thrive on beetles and moths of the highland forests. These animals had a very low population amount, but are now considered only to be the least concern for the possibility of extinction. 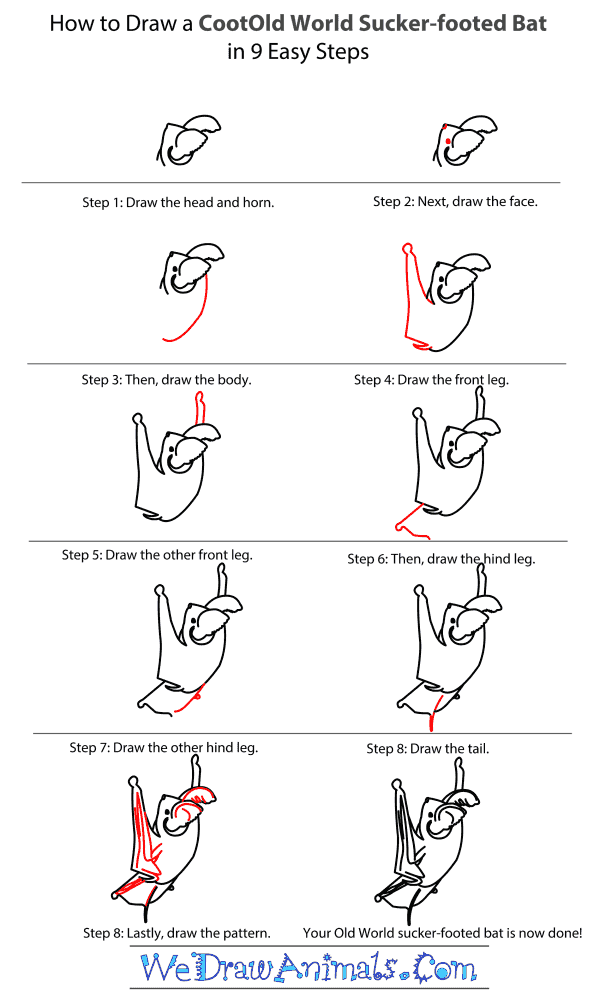