How to Draw a Panther 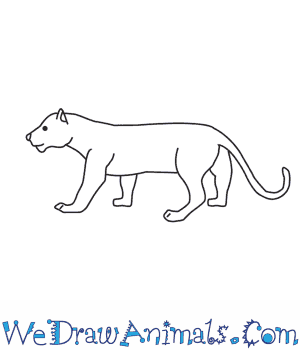 In this quick tutorial you'll learn how to draw a Panther in 9 easy steps - great for kids and novice artists.

At the bottom you can read some interesting facts about the Panther.

How to Draw a Panther - Step-by-Step Tutorial 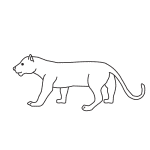 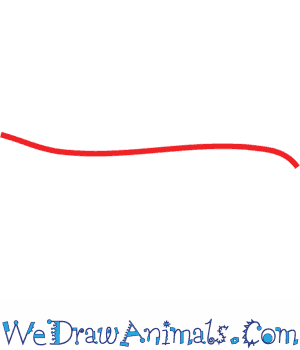 Step 1: Let's draw a panther! Draw a nice curbed line going across your page for the back. 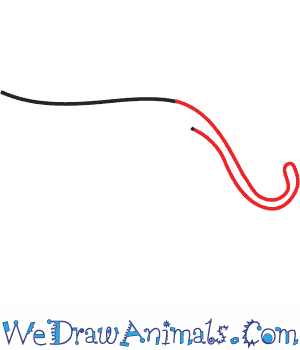 Step 2: Trace the tail by making an upside-down question mark! Here's a tip: make this a skinny tail! 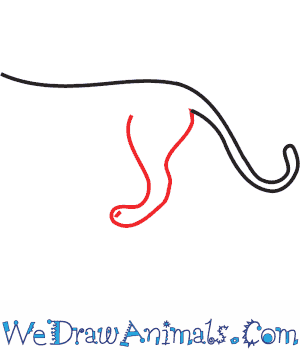 Step 3: From there, draw the first hind leg, starting out thick at the top, then making it skinnier as you get to the paw. 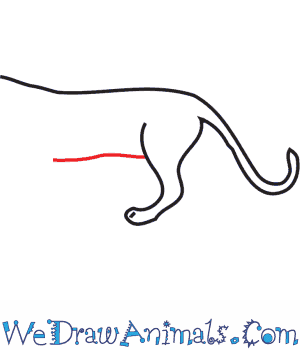 Step 4: Next, trace a slim line going across to outline the belly. 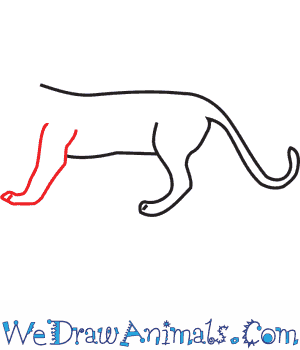 Step 5: Draw the first front leg, now, keeping the whole of it slim as you trace. Don't forget that paw! 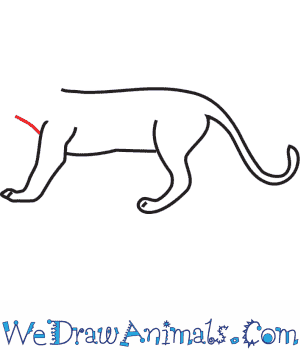 Step 6: Then, trace a short line going up for the neck. 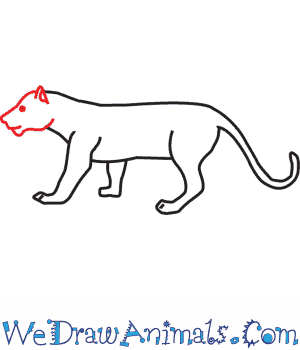 Step 7: For the head, start off with a small square, only drawing three sides of it. Trace the bottom line of your square like a small wave for the jaw. Add a smile and a nose to your panther, and a dot for the eye! Trace a triangle at the top of the head for the ear. 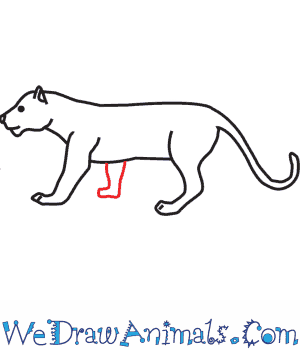 Step 8: Now, draw the other front leg making it smaller than the first. Make sure to keep it closer to the first front leg. 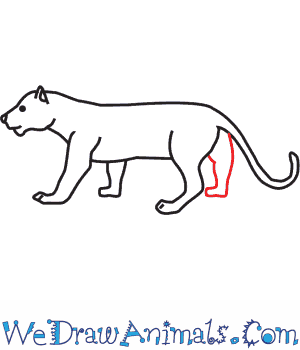 Step 9: Finally, draw the last hind leg, in between the other hind leg and the tail. This one is not as thick as the first hind leg. There's your panther!

Panthers are a part of the Felidae, or cat, family. They belong to the group Panthera, which means “big cats.” The group of big cats refer to cats that can roar. Panthers go by many names. They are in The Guinness Book of World Records for having the most names of any other animal in the world. Panthers are any big cat that is black, which is why they are often called black panthers. Therefore any big cat, such as a jaguar or lion, is called a panther if it is black.

Panthers live on the continents of Asia, North America, and Africa. They live in forests, grasslands, deserts, mountains, marshes, and swampland. 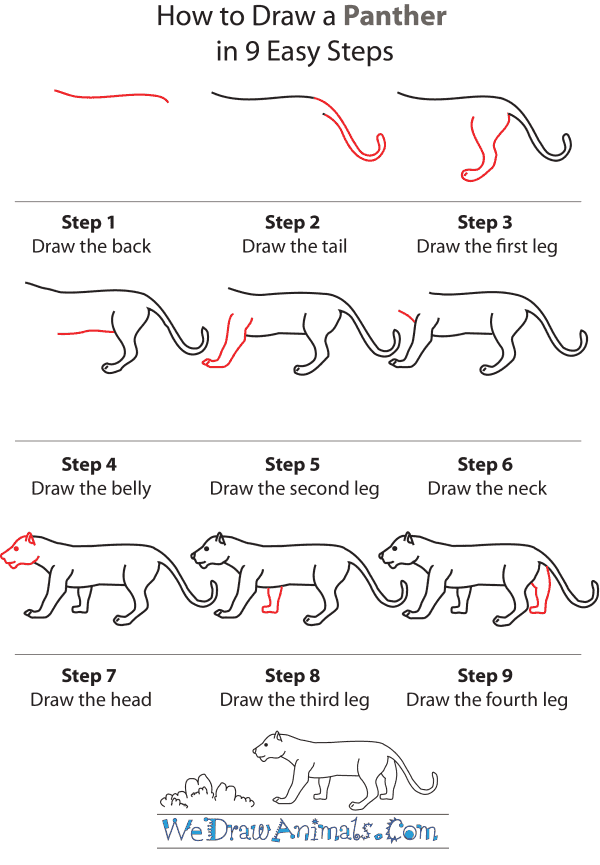 How To Draw A Panther – Step-by-Step Tutorial