How to Draw a Patagonian Mara 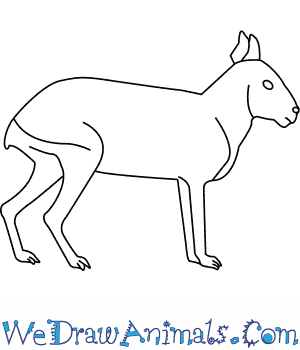 In this quick tutorial you'll learn how to draw a Patagonian Mara in 5 easy steps - great for kids and novice artists.

At the bottom you can read some interesting facts about the Patagonian Mara.

How to Draw a Patagonian Mara - Step-by-Step Tutorial 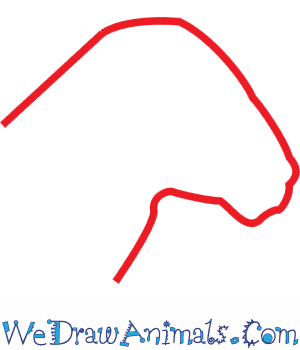 Step 1: The first step in drawing the Patagonian mara is to draw the head. Draw a rounded head with a short nose. 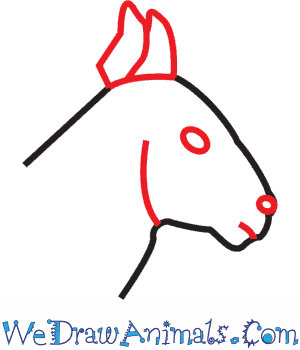 Step 2: Next, draw the face. Add a round eye, nostrils, mouth, and ears. The Patagonian mara looks like a small kangaroo. 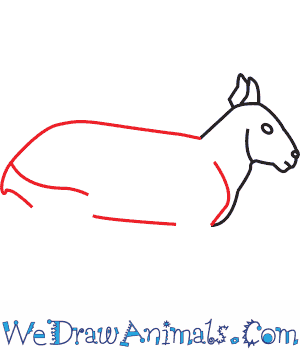 Step 3: The next step is to draw the body. The mara has a slim body and then draw a curved line around the hindquarters to shows its white streak that is about its tail area. 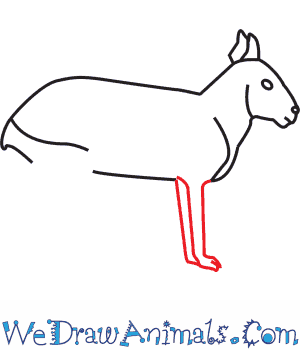 Step 4: Then, draw the front legs, which are long and straight. 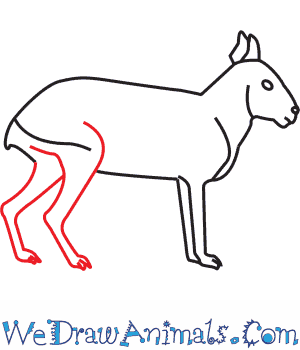 Step 5: Next, draw the hind legs. The legs have a joint in the middle of the legs.

Interesting Facts about the Patagonian Mara

Patagonian mara (Dolichotis patagonum) is found only in Argentina. It looks like a small deer with long hare like ears. Its looks are unusual, upper part is brownish grey with dark patch on the rump and under parts are white. They prefer to live at overgrazed and barren soils in deserts, with sandy and low shrub areas. They feed primarily on green vegetation and fruit. The mara has a head and body length of 69–75 cm with a tail of 4–5 cm and weighs 8–16kg. Predators of maras are felids , grisons , foxes and birds of prey .

Lesson plan note: Help children draw a Mara. Draw one on the board and ask children to copy it. Fill the colors of Mara in its different body parts. 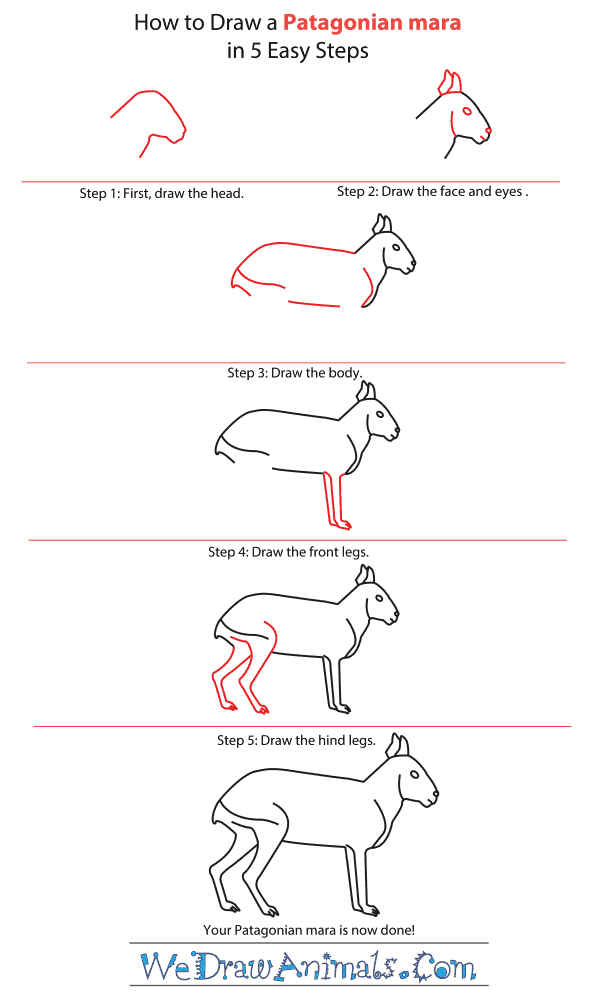 How to Draw a Patagonian Mara – Step-by-Step Tutorial