How to Draw a Princess Parrot 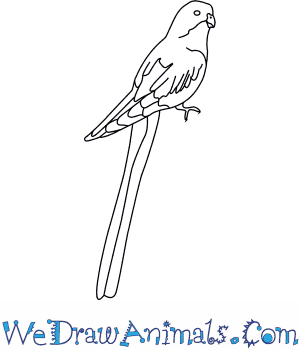 In this quick tutorial you'll learn how to draw a Princess Parrot in 6 easy steps - great for kids and novice artists.

At the bottom you can read some interesting facts about the Princess Parrot.

How to Draw a Princess Parrot - Step-by-Step Tutorial 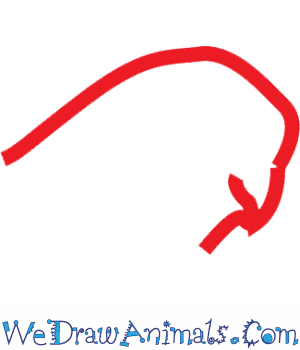 Step 1: First, draw the head of the Princess parrot. It has a round head with a curved beak. 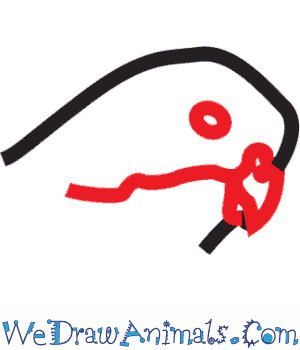 Step 2: Then draw the face by adding the eyes and beak. There is a line from the beak down the face for pink color under the beak. 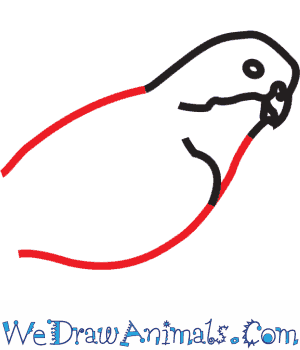 Step 3: Next, draw the body. It has a round belly but leave room for the tail. 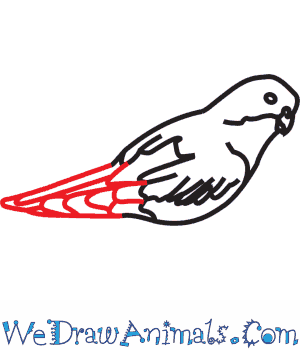 Step 4: The next step is to draw the wings. The wings are longer with feather details. 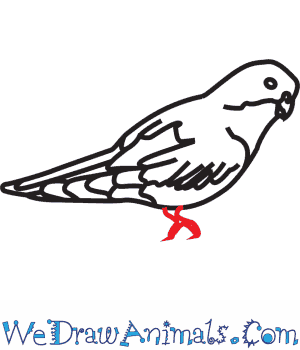 Step 5: Then, draw the foot. It has two toes that you can see. 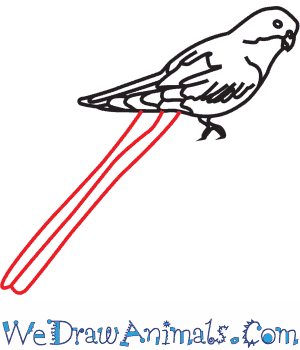 Step 6: Next, draw the tail feathers. The tail is extremely long and is bright pink and green.

Interesting Facts about the Princess Parrot

It’s a medium sized Australian parrot. It looks very beautiful because of its colors. The plumage is mostly green with a pink throat, bluish crown, and bright green shoulders. The rump is blue and the tail is long and narrow. The males have longer tail feathers and brighter coloring than females. The male parrot has a coral red beak, where as the female carries a grayish crown. There are very few parrots of this family left. These are usually seen in swales between sand dunes. They eat variety of seeds as well as flowers and fruits. Its predators are cats, dogs and red foxes.

Lesson plan note: Draw a male and a female princess parrot on board and ask children to color it one by one, giving genuine colors to the pictures, differentiating males from females. Then ask others to distinguish between the male and female parrots. 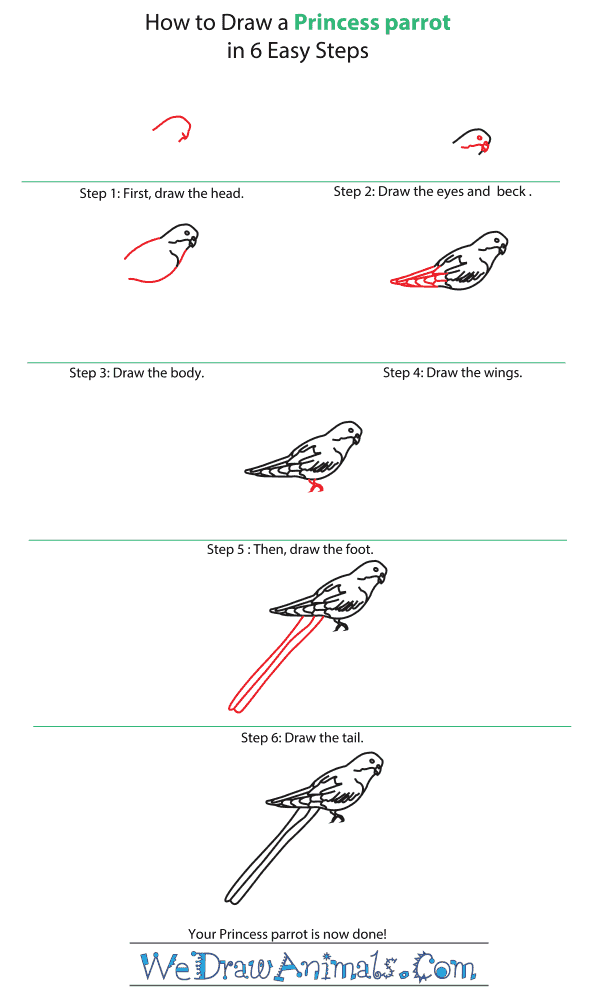 How to Draw a Princess Parrot – Step-by-Step Tutorial