How to Draw a Pig-Nosed Turtle

In this quick tutorial you'll learn how to draw a Pig Nosed Turtle in 6 easy steps - great for kids and novice artists.

At the bottom you can read some interesting facts about the Pig Nosed Turtle.

How to Draw a Pig Nosed Turtle - Step-by-Step Tutorial 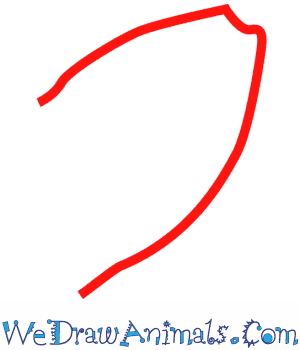 Step 1: Start by drawing the outline of the head 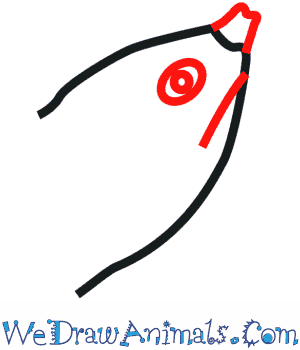 Step 2: Draw the eye, nose, and mouth. Make the nose by drawing a small square at the tip of the head. Draw a circle with a line in it to make the eye and a small line beneath it to make the mouth 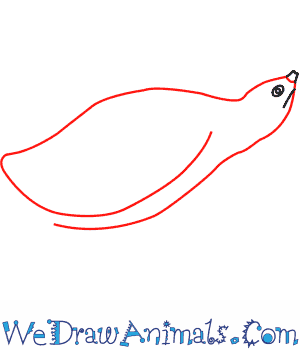 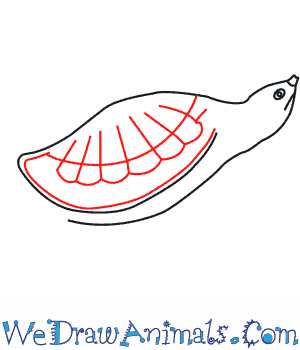 Step 4: Draw the pattern of the shell. Follow the image exactly. Make a seashell pattern in the center and then draw some curved lines through the middle and underneath it 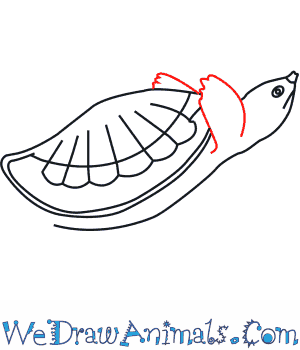 Step 5: Draw the front legs going upward above the head. Make squiggly lines at the end of the legs to show feet 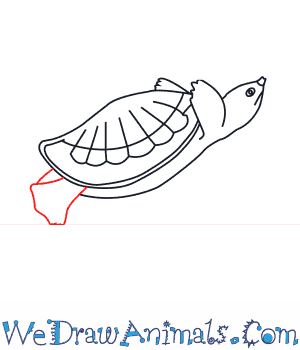 Step 6: Draw the back legs and the webbed feet

Like the name says, Pig-Nosed Turtles have a nose that looks like a pig’s. They use it breath air when they don’t want to leave the water. The only time a Pig-Nose Turtle leaves the water is to mate. Pig-Nosed Turtles are green to gray colored. Their skin is rough and leathery; their shells are covered with this skin too. They are great swimmers. They are very protective of their space and have a really hard time living with other turtles. Pig-Nosed Turtles like plants like algae, flowers, leaves, insects, and worms. They live in Indonesia, New Guinea, and Northern Australia.

Activity: Paint some plastic bathroom cups gray. Punch to holes in the bottom of the cup. Punch two more holes; one on each side of the top of the cup. Tie a piece yard to side of the cup. When your students arrive have them tie the cup over their noses. Once everybody has their nose on, your little Pig-Nosed Turtles are ready for the lesson. 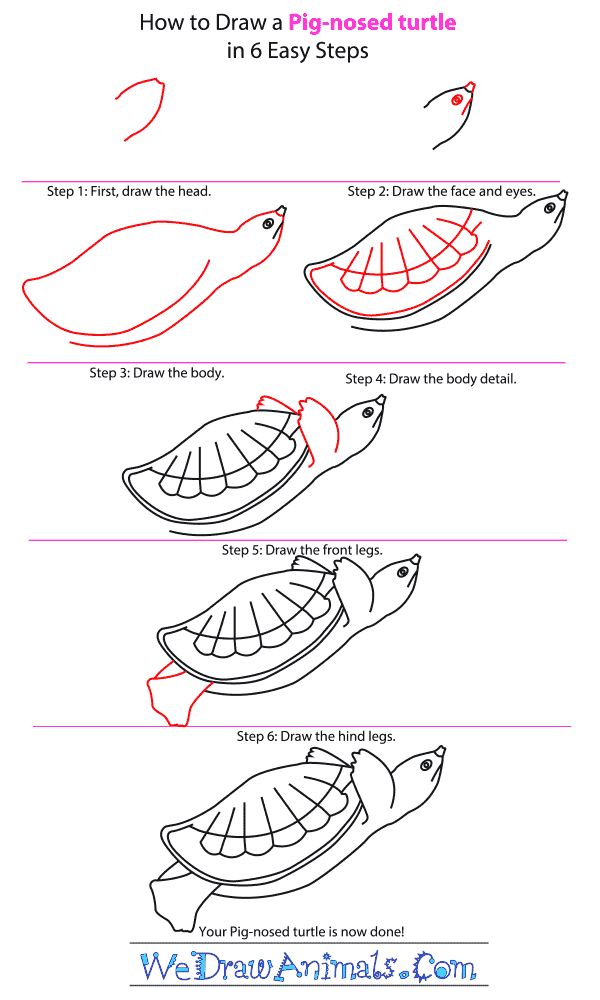 How to Draw a Pig-Nosed Turtle – Step-by-Step Tutorial