How to Draw a Pileated Woodpecker 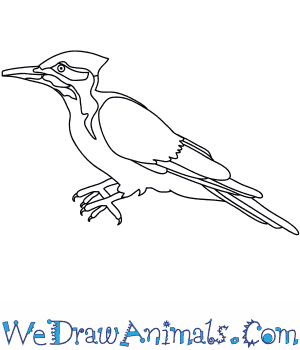 In this quick tutorial you'll learn how to draw a Pileated Woodpecker in 9 easy steps - great for kids and novice artists.

At the bottom you can read some interesting facts about the Pileated Woodpecker.

How to Draw a Pileated Woodpecker - Step-by-Step Tutorial 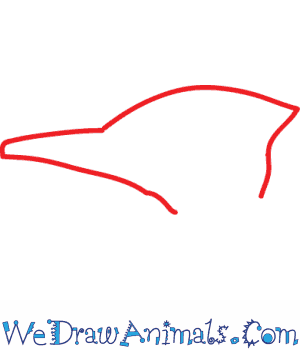 Step 1: The first step when drawing your Pileated Woodpecker, you will need to draw the head. To draw the head, draw an arced line for the head with a triangle shape for the beak. 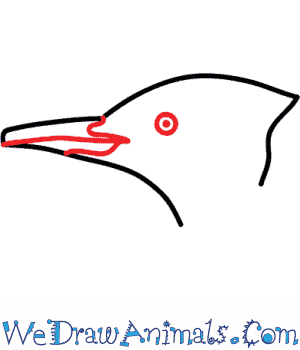 Step 2: Next you will need to draw the face. Start by drawing a circle with a smaller circle inside for the eye. Draw a straight line through the beak. 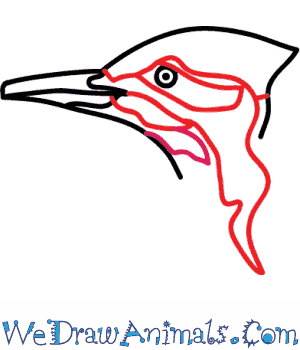 Step 3: For the pattern of the face you will want to draw curved lines, that break apart the face as shown above. 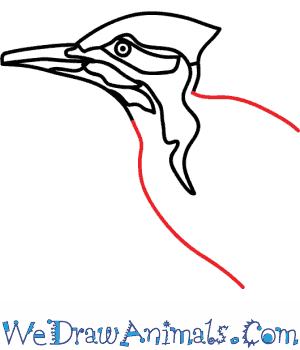 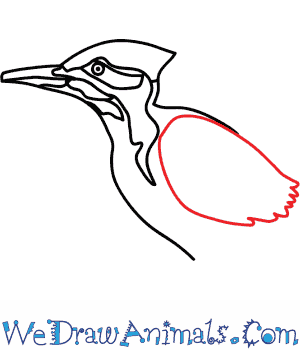 Step 5: To draw the top part of the wing draw a large semi circle with a jagged line connecting the two points. 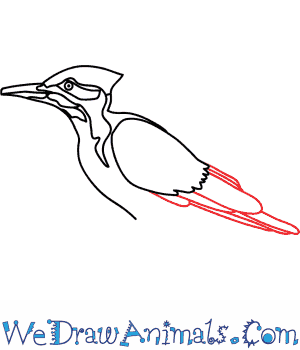 Step 6: The next step is to draw the other parts of the wing by drawing increasingly longer semi circles inside each other until it extends past the body. 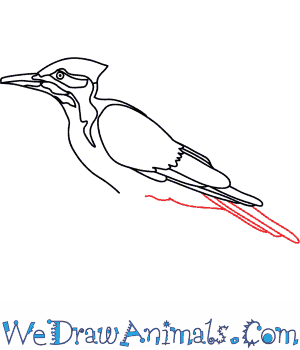 Step 7: Now draw the tail and under tail covert. To do this, draw three elongated semi circles next to each other coming out of the back of the body. Draw a jagged line from the tail to the foot for the under tail. 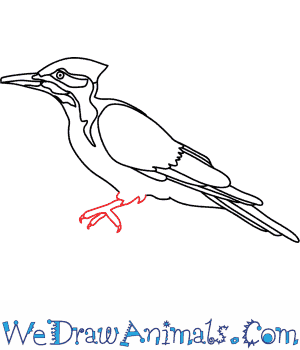 Step 8: Step 8 is to draw the woodpecker's leg. Draw the leg with three elongated semi circles for toes. 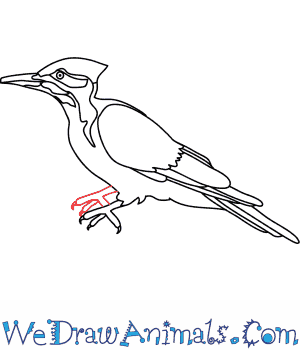 Step 9: The final step is to draw the other foot behind the first in the same way you drew the first one. You now have drawn a Pileated Woodpecker.

Interesting Facts about the PILEATED WOODPECKER

The Pileated Woodpecker is a member of the bird family and the scientific term for them is Dryocopus pileatus. Another common name for this animal is the Jungle Bird, since it has an echoing laugh that permeates the forest. This is the largest type of this species in North America. They hit the side of trees with their beak, which may sound like a hammer hitting a hard surface.

They’re black with a white stipe on its sides and a red crested head. Most of their diet consists of insects, especially carpenter ants and beetle worms. Fruit, nuts, and berries, even berries from Poison Ivy, are eaten. There are not many of these creatures, but they’re the least concern for a possibility of extinction. 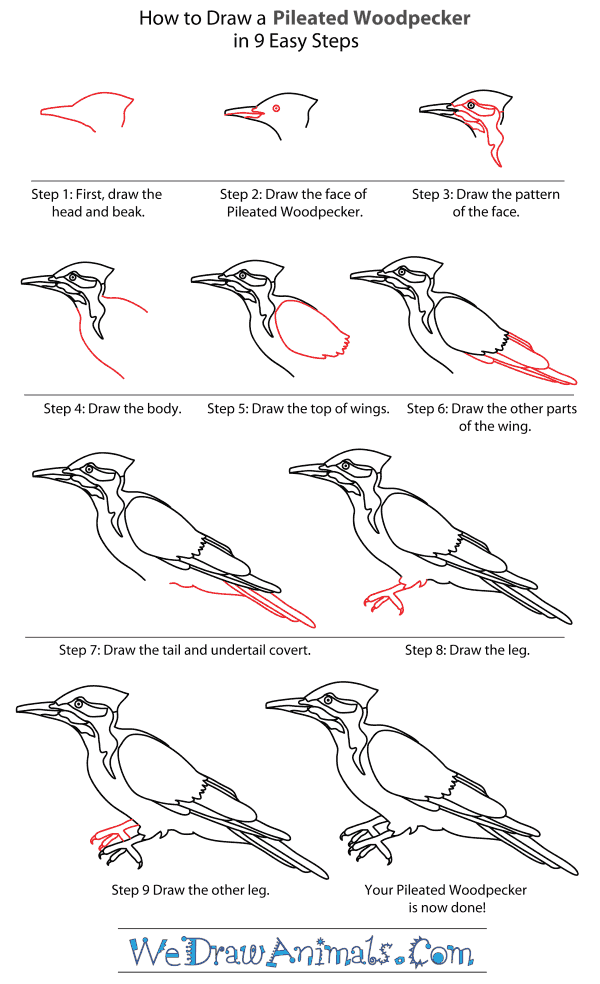 How to Draw a Pileated Woodpecker – Step-By-Step Tutorial