How to Draw a Prairie Falcon 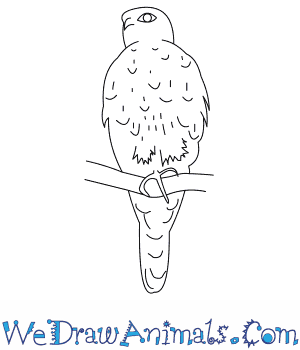 In this quick tutorial you'll learn how to draw a Prairie Falcon in 7 easy steps - great for kids and novice artists.

At the bottom you can read some interesting facts about the Prairie Falcon.

How to Draw a Prairie Falcon - Step-by-Step Tutorial 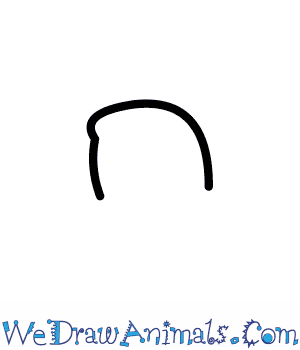 Step 1: The first step in drawing the prairie falcon is to draw its head, which is slightly square shape. 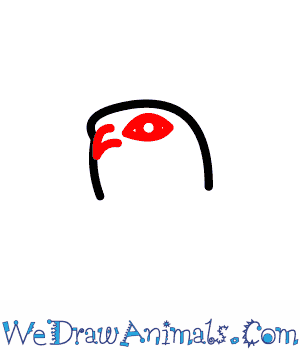 Step 2: Next, draw the face. Falcons have large eyes and a sharp curved beak. 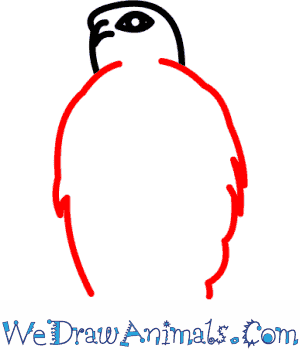 Step 3: Then draw the body; it has a large chest. But leave room for the tail. 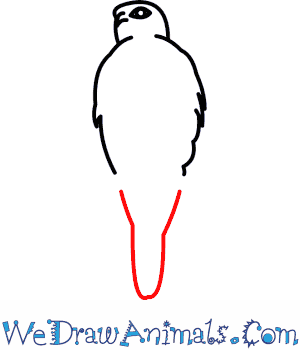 Step 4: The next step is to draw the tail. It has a large tail to help it fly. 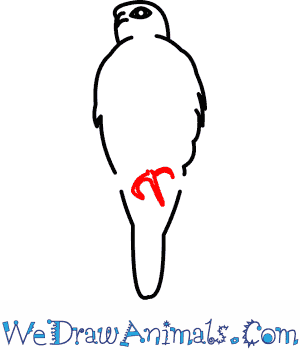 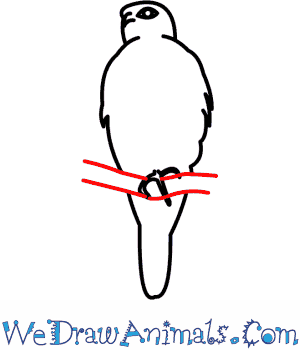 Step 6: Then draw the branch that it is sitting on, try to have the toes wrap around the branch. 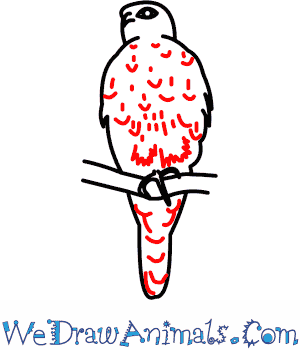 Step 7: The last step is to add the feather pattern to the body with black spots.

Interesting Facts about the Prairie Falcon

Prairie falcons (Falco mexicanus) is a medium-sized falcon that can be found in the American West. This is the most popular species of falcon, due to its large population. Even though it can be hard to train and unpredictable, it is the most popular bird used in falconry(humans who hunt with the help of falcons).

Lesson plan note: Discuss the reasons why female falcons may be larger than males. 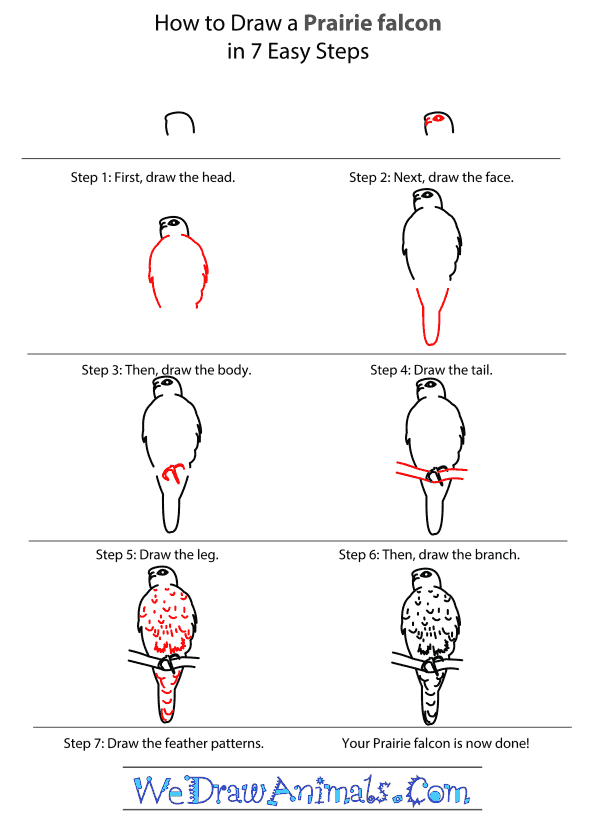 How to Draw a Prairie Falcon – Step-by-Step Tutorial