How to Draw a Sable Antelope 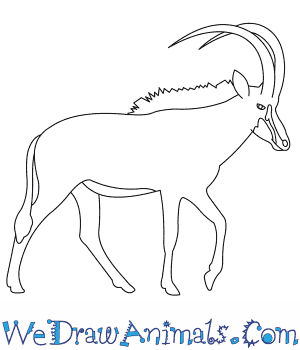 In this quick tutorial you'll learn how to draw a Sable Antelope in 7 easy steps - great for kids and novice artists.

At the bottom you can read some interesting facts about the Sable Antelope.

How to Draw a Sable Antelope - Step-by-Step Tutorial 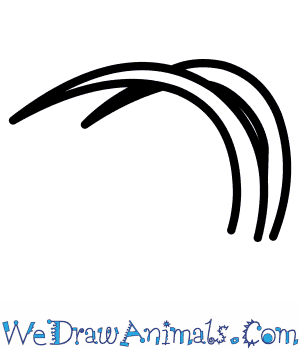 Step 1: Let's start with the horn. It is curved almost like a fishing hook, and has a sharp point at the end. These sable antelope can fight lions, and win, with that horn! 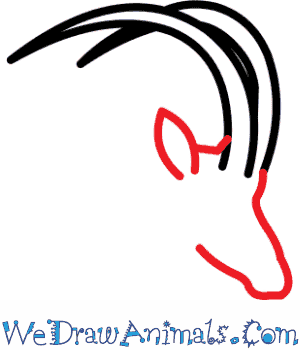 Step 2: Then draw the U shaped head. Add an ear near the horn. It looks like a leaf. 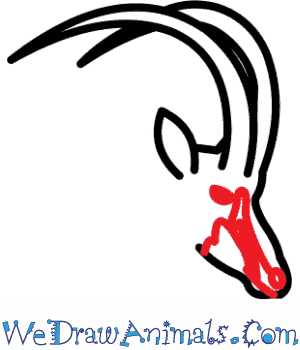 Step 3: Now draw the facial markings, and give your antelope an eye. 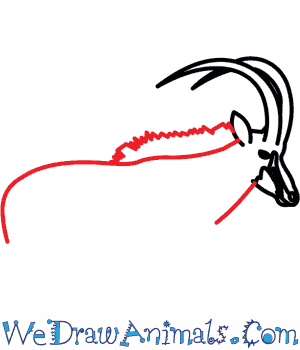 Step 4: Add the neck and body lines. Give your antelope a mane that starts behind the ear and goes halfway down the body. 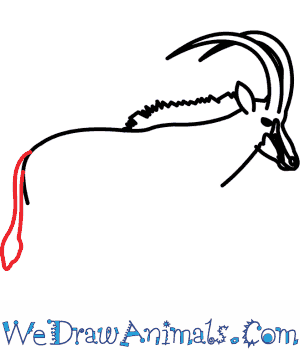 Step 5: Next, draw the tail. It looks a lot like a tadpole, doesn't it? It is an excellent flyswatter. 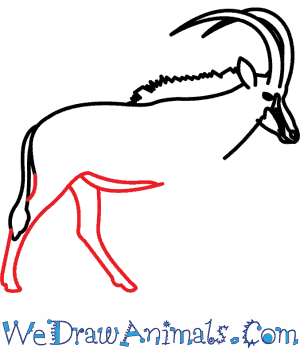 Step 6: Let's add the back legs. They are strong and thin so he can run through the grasslands they call home. 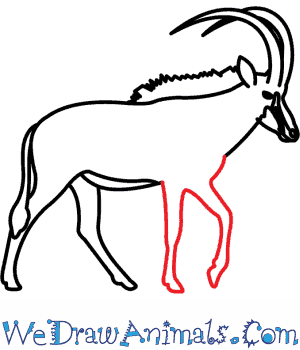 Step 7: Finally, add the front legs. If you are having trouble, drawing straight lines will look great, too. Your sable antelope is now done! If you'd like to color yours, these are the darkest antelope. They are dark brown or black, with white patches on the face.

Interesting Facts about the Sable Antelope

Lesson plan note: Discuss the sable antelope’s ability to change coat color depending on its hormones, and how it can be useful in showing its breeding and social status to other antelope. 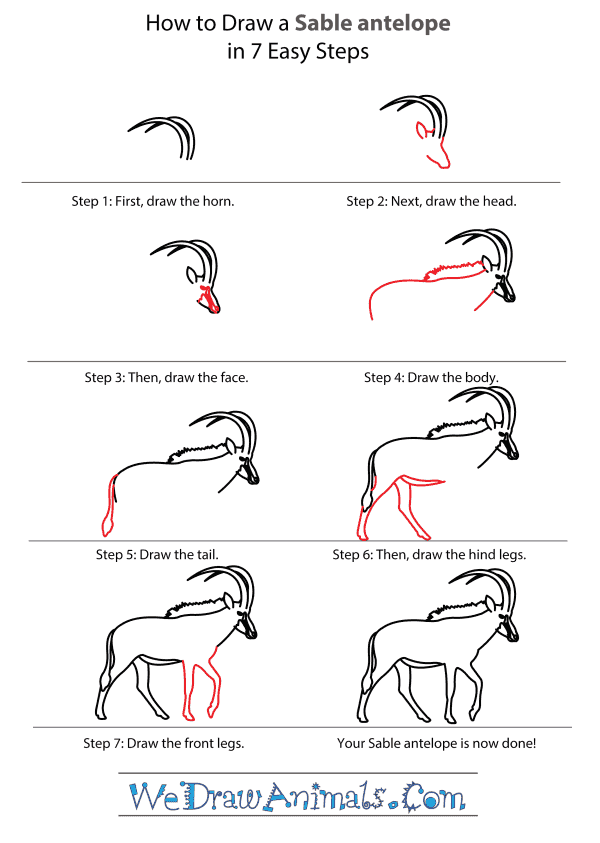 How to Draw a Sable Antelope – Step-by-Step Tutorial

Next post: How to Draw a Southern Elephant Seal