How to Draw a Southern Elephant Seal 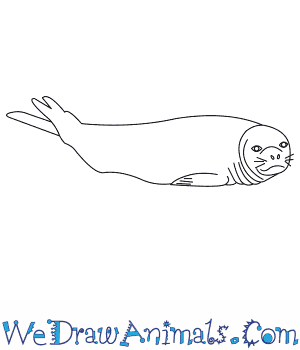 In this quick tutorial you'll learn how to draw a Southern Elephant Seal in 5 easy steps - great for kids and novice artists.

At the bottom you can read some interesting facts about the Southern Elephant Seal.

How to Draw a Southern Elephant Seal - Step-by-Step Tutorial 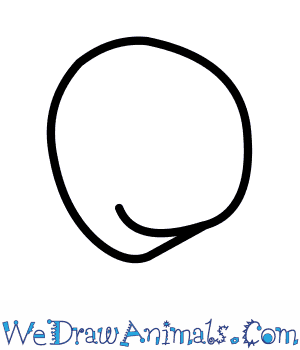 Step 1: First, draw the head of your seal. Make it a circle that is a little pointy on the bottom and with a line near the bottom for the chin. 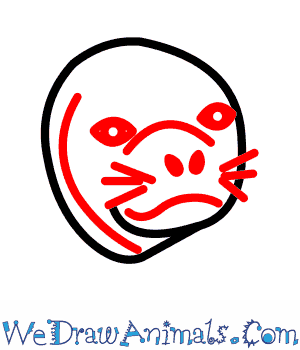 Step 2: Now draw the face. Add eyes that angle on each side, dots for the nose, and lines for the whiskers, snout, neck, and mouth. 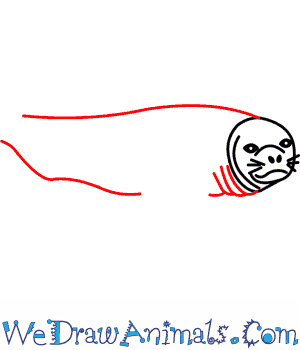 Step 3: Add long lines that curve for the body, and some lines below the head to make the skin look wrinkled. 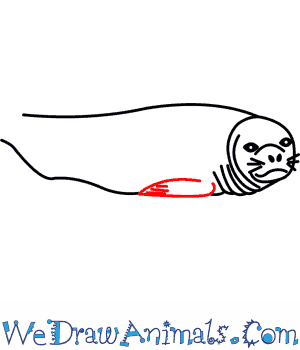 Step 4: Next, draw a teardrop shaped fin, with some lines at the end to add detail. 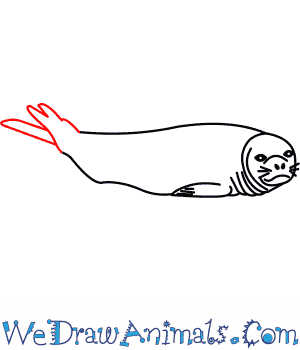 Step 5: Last, make the tail. It looks like a letter M on the back side and a rectangle toward the front. Your southern elephant seal is complete! If you want to color your picture, these seals are grey.

Southern elephant seals (Mirounga leonina) are spread out across the world in three populations, located in each of the three oceans. They are dark grey to brown, and are very large creatures. They have four flippers, and the front ones each have a single large nail. Males have a proboscis, an inflatable tube that comes out of its head, similar to an elephant’s trunk. Their faces become paler as they age.

Lesson plan note: Discuss why the elephant seals are such large creatures, and how their weight can be both good and bad for their survival. How to Draw a Southern Elephant Seal – Step-by-Step Tutorial