How to Draw a Python 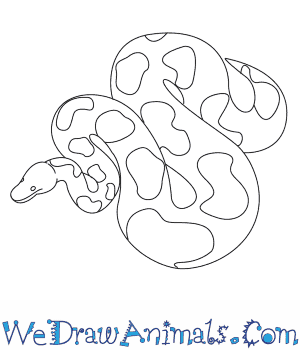 In this quick tutorial you'll learn how to draw a Python in 4 easy steps - great for kids and novice artists.

At the bottom you can read some interesting facts about the Python.

How to Draw a Python - Step-by-Step Tutorial 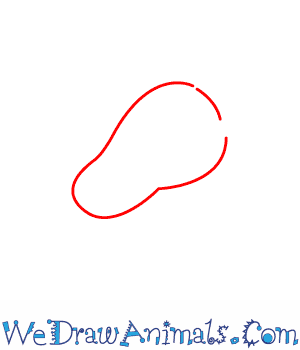 Step 1: Begin by drawing the head of the python. The head is very small compared to the body, which can grow to be up to 30 feet long! 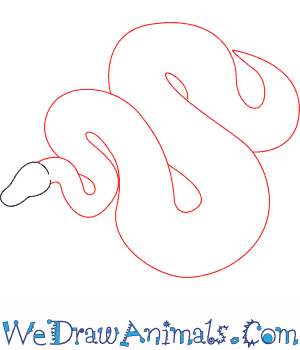 Step 2: For the next step, draw the python's body. Pythons have very long, thick, winding bodies. They eat small farm animals like pigs, and if they eat a lot of food at once, they only have to eat 4 or 5 times a year! Begin by drawing a long line with lots of curves, and then draw another line to match it. 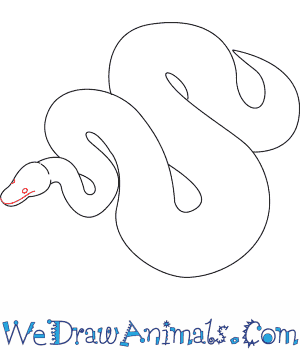 Step 3: Now add some detail to the python's face by drawing the eyes and nose. For the eyes, draw two very small circles. For the mouth, draw a curved line close to the bottom of the face. 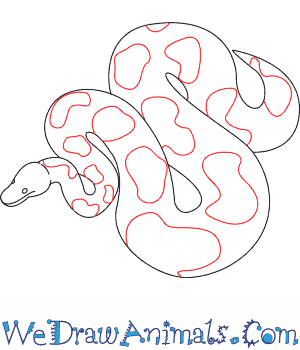 Step 4: Your last step is to add the details to the python's body. Draw lots of spots all along the body with curved lines, like cow's spots. When you are finished, think about coloring your python. Depending on the habitat and environment, pythons can be all sorts of colors. Some are tan or brown, others are yellow, and some are even blue and green! Pick some colors for your python and draw its surroundings.

Pythons are snakes that live near the equator. They live in Africa and Asia. Pythons dwell in caves and in trees. As people start to inhabit their natural habitats, pythons can be found living in cities and towns. They very rarely attack humans, so they are not considered a threat.

A python is a constrictor snake, like the boa constrictor snake. Pythons and boas are closely related. When a pythons wants to eat, it wraps itself around its prey, and squeezes it tighter and tighter until it is no longer breathing. The python then swallows its prey whole. 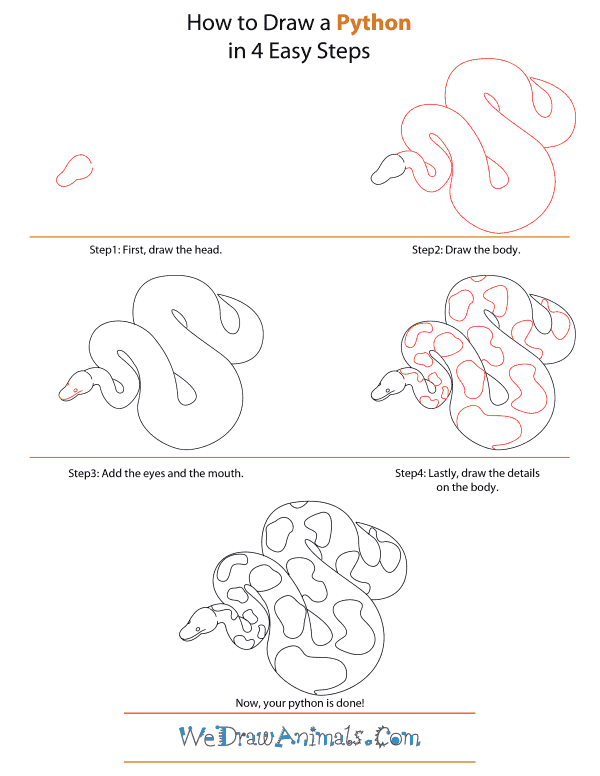 How To Draw A Python – Step-by-Step Tutorial