How to Draw a Rainbow Fish 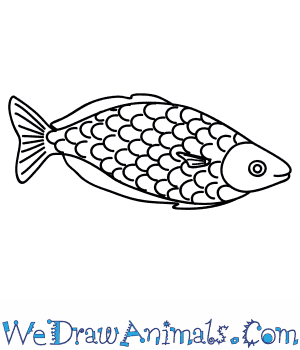 In this quick tutorial you'll learn how to draw a Rainbow Fish in 7 easy steps - great for kids and novice artists.

At the bottom you can read some interesting facts about the Rainbow Fish.

How to Draw a Rainbow Fish - Step-by-Step Tutorial 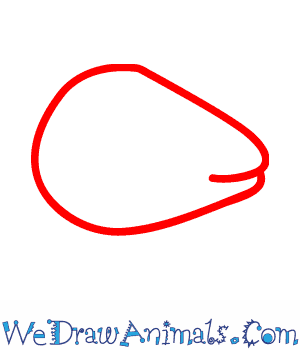 Step 1: To draw a Rainbow Fish, start with the head. Make a big teardrop shape with a rounded point facing right. At the rounded point, add a line to make the mouth. 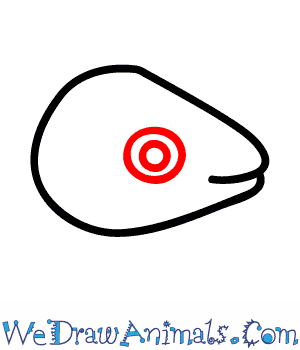 Step 2: Now add two circles, one inside of the other, to make the eye. These circles should be just to the left and up from the mouth you've drawn. 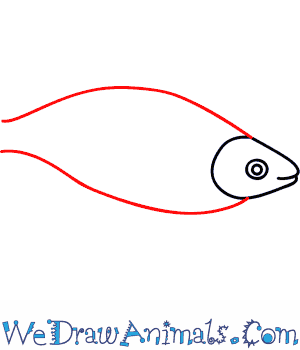 Step 3: Next, draw the body with two curved lines that start at the bottom and top of the head, and go left. Each should curve out to make the thick body, then in to start making the tail. But don't connect the lines, you need to leave room for the tail! 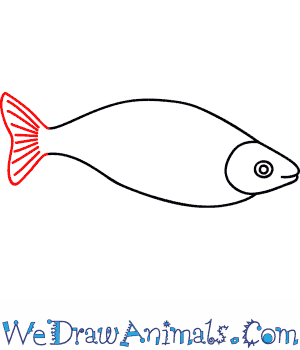 Step 4: For that tail, draw three lines, two connected to the body and slanting up and down, and backwards. Then connect those two lines with a wavy third line. Add lines going from the body to the tip of the fin to give it texture. 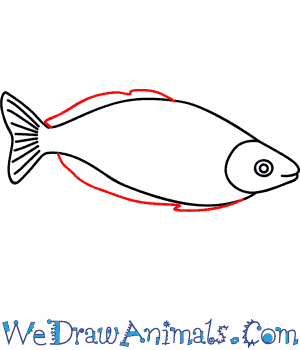 Step 5: Now for the upper and lower fins. Draw each as a series of two curves that meet with a divot about halfway down the body. One set of curves will be on the top, the other on the bottom. 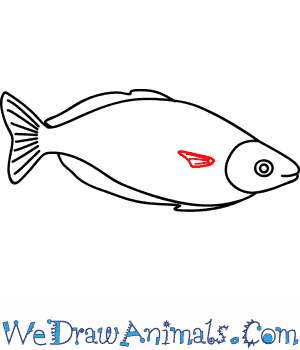 Step 6: Next we draw the side fin's shape by, again, making three lines. The first two will be the top and bottom of the fin, and the third will be a wavy line that connects the first two. Then add more lines that go from the body to the tip of the fin to add texture. 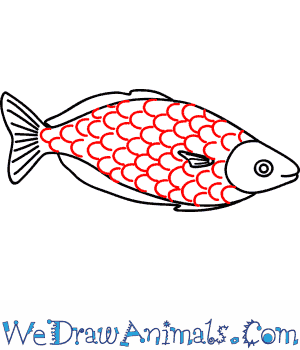 Step 7: Lastly we draw the individual, colorful scales that Rainbow Fish have. IT looks like a lot of work, but if you take your time, it will look great! Each scale is just a looping, half circle, that starts towards the head, curves back, and then turns back to the head. Put a lot of them in, and color them in with different colors!

Rainbow fish are just as colorful as their name implies. There are at least 70 species of rainbow fish, and they are a popular choice for aquariums. They can be found both in freshwater and saltwater habitats. Rainbow fish are native to the waters of Australia and New Guinea.

Although rainbow fish are from Australia and New Guinea, their eggs are shipped all over the world so that they can be bred as pets. Rainbow fish make great pets as long as they live in large fish tanks where they have lots of room to swim. They like to live in tanks that have plenty of plants. In the wild, they travel in groups called schools. Therefore, you might want a group of rainbow fish, not just one. 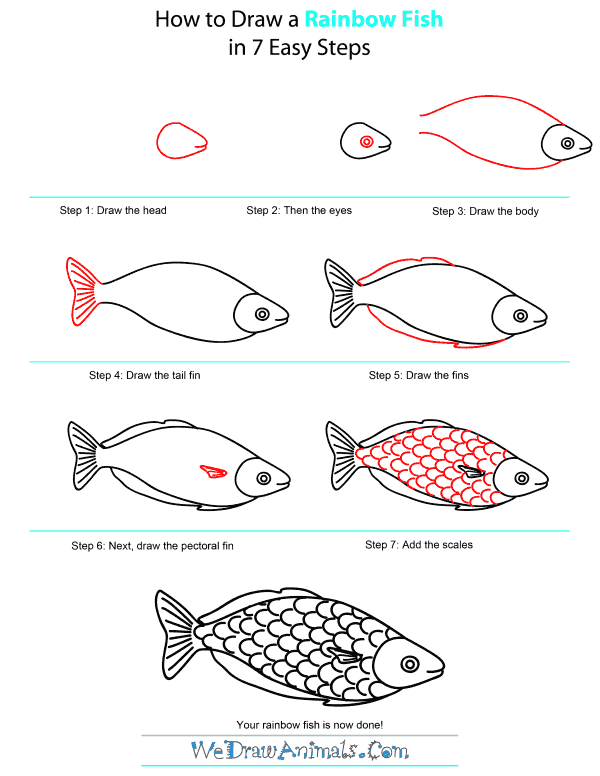 How To Draw A Rainbow Fish – Step-by-Step Tutorial