How to Draw a Red Kangaroo 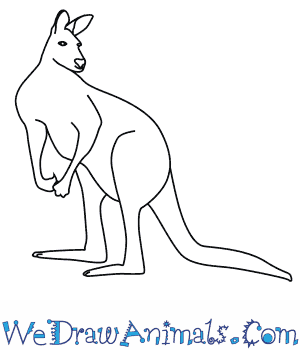 In this quick tutorial you'll learn how to draw a Red Kangaroo in 8 easy steps - great for kids and novice artists.

At the bottom you can read some interesting facts about the Red Kangaroo.

How to Draw a Red Kangaroo - Step-by-Step Tutorial 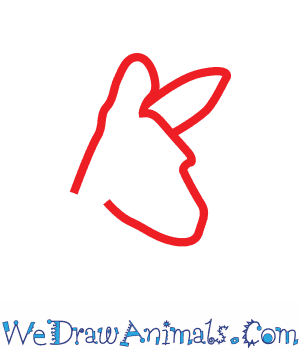 Step 1: Let's draw a red kangaroo! Draw a deep U-shape for the face. From there, trace a line that leads to the upside-down U-shaped ears. 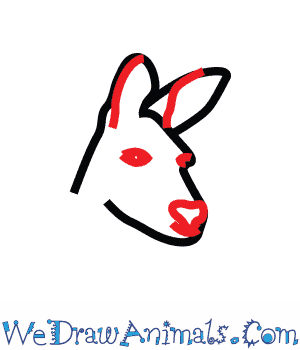 Step 2: Trace a small heart-shape at the tip of the face for the nose, and fill in two small circles for the eyes. Trace some extra lines in the ears to accent them! 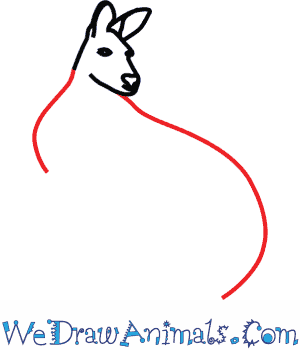 Step 3: From the chin, draw a long curved line, and from the back of the head, draw another shorter curved line. 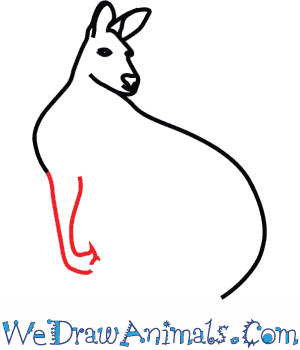 Step 4: To draw the first arm, trace two lines starting wide apart at the top. Make them skinnier toward the bottom. Then, end them curving upward in a pointy tip. 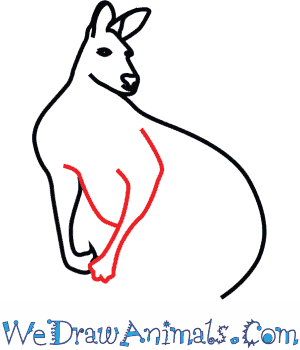 Step 5: Do the same for the other arm. Here's a hint: make the hand into a lumpy circle so that it looks like a closed fist! 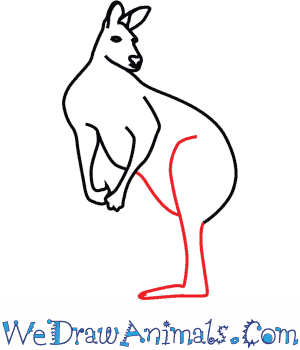 Step 6: Now, draw the kangaroo's leg, making it long and flat. Here's a hint: it looks like a giant letter L, only backwards! Also, draw a curved line coming down the middle of the body for the belly! 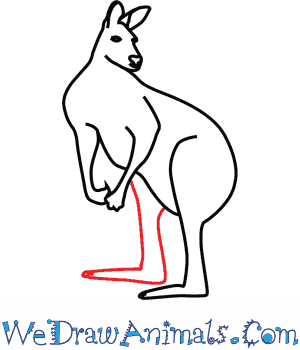 Step 7: Draw the second leg much like you did the first. 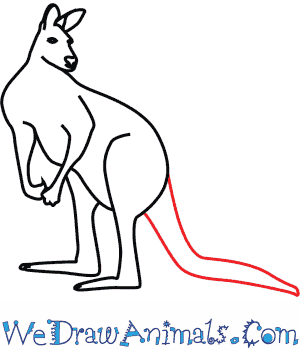 Step 8: Last, draw a long curved tail, but be careful not to make the end too pointy. You have yourself a red kangaroo!

Interesting Facts about the Red Kangaroo

The Red Kangaroo is the largest kangaroo in the world! It is also the largest mammal in Australia. The Red Kangaroo use their hind legs to jump, and males can jump up to 30 feet in the air! That would equal the length of six full-grown adults standing on top of each other’s heads!

When active, the Red Kangaroo’s life consists mainly of grazing on grasses all day. When areas become either less filled with grasses to eat or more rain-soaked, Red Kangaroos will travel long distances to find areas with more food and less rain. They are lucky animals in that the adults are so big too big to have predators. The biggest threat to a Red Kangaroo is a human hunter. 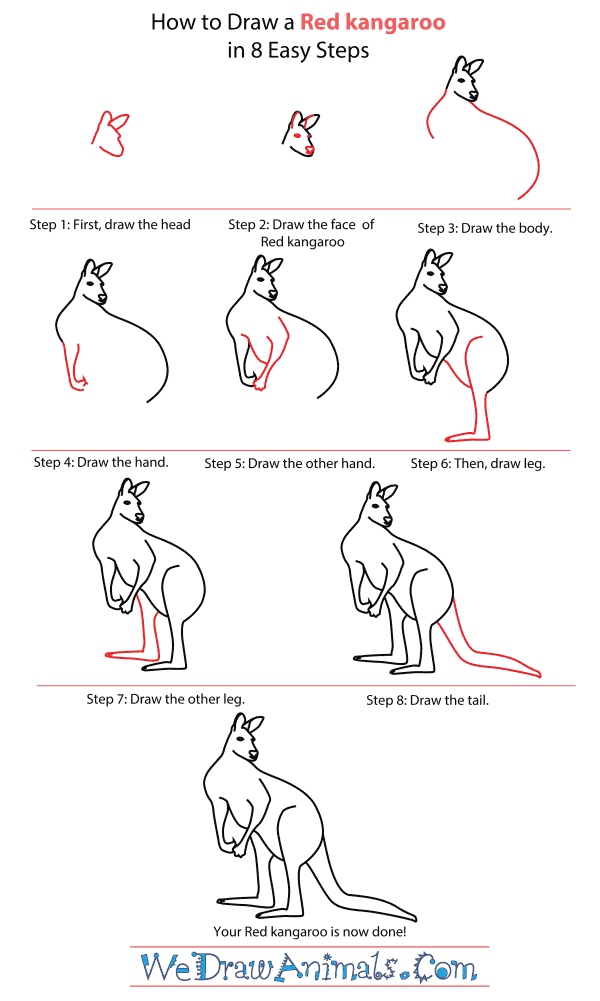 How To Draw A Red kangaroo – Step-By-Step Tutorial