How to Draw a Red-Tailed Hawk 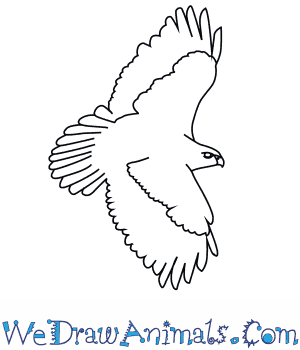 In this quick tutorial you'll learn how to draw a Red Tailed Hawk in 7 easy steps - great for kids and novice artists.

At the bottom you can read some interesting facts about the Red Tailed Hawk.

How to Draw a Red Tailed Hawk - Step-by-Step Tutorial 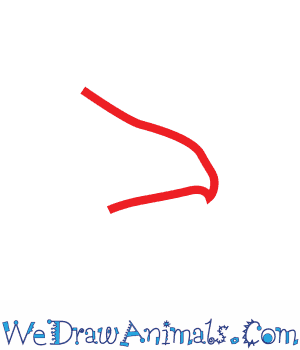 Step 1: Draw the head by making the right and bottom portions of a triangle. Make a little hook for the beak. 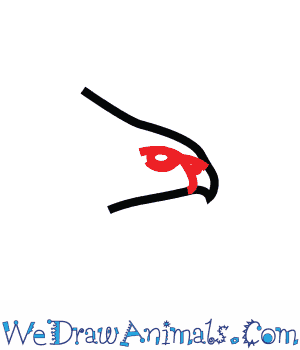 Step 2: Draw an oval for the eye and draw a line above it. Make a small line to define the beak. 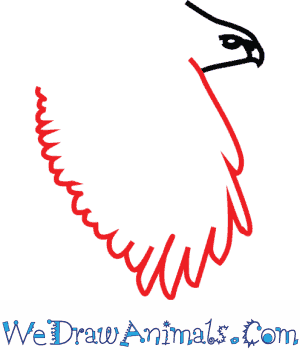 Step 3: Going down from the head, make a large half-oval for one of the wings. Make lots of bumps and indents for all of the feathers the hawk has. 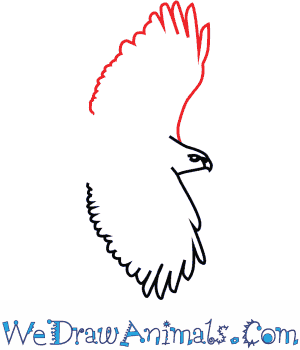 Step 4: For the other wing, do the same above the head. Keep making bumps and indents for the feathers, making them bigger as you move more to the right. 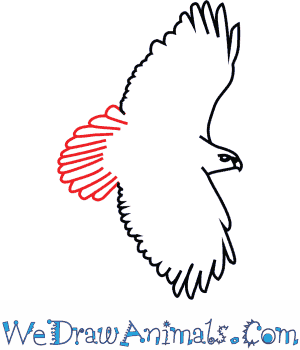 Step 5: Draw the tail by connecting the two wings with more feathers that extend farther to the left of the body. These feathers if colored should be red, giving the Red-Tailed Hawk its name. 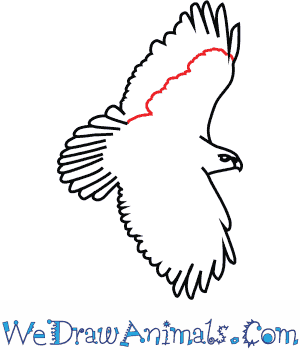 Step 6: Draw the details of the wings with a bumpy and ragged line halfway across the top wing. Make it go back to the top tail feather. 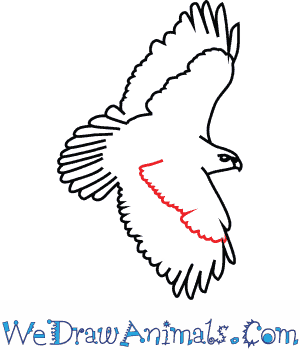 Step 7: Draw the details of the other wings by making another bumpy and ragged line all the way to the right-most part of the bottom wing. Your Red-Tailed Hawk is now done!

Red-tailed hawks are birds that are native to North America. They can also be found in Central America. Red-tailed hawks live in a variety of habitats, from forests to cities. They are one of the birds of prey (also called raptors), which are birds that hunt for their food. Birds of prey swoop down on their targets and catch them with their talons.

Red-tailed hawks mate for life. Females lay one to three eggs at a time, and they do most of the incubating. Incubation is the term used to describe when birds sit on top of the eggs, which are in a nest, to keep them warm. Once in a while males will take a turn at keeping their eggs warm. When the chicks leave the nest, their parents teach them how to hunt for food. 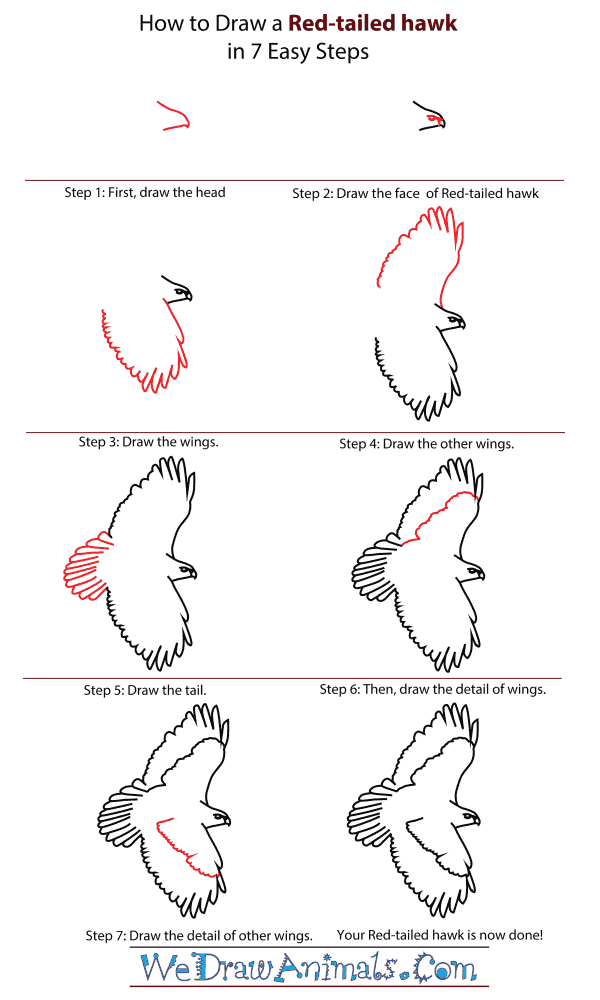 How To Draw A Red Tailed Hawk – Step-By-Step Tutorial