How to Draw a Red-Winged Blackbird 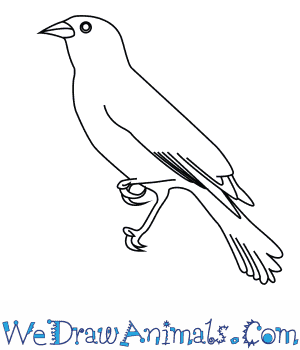 In this quick tutorial you'll learn how to draw a Red Winged Blackbird in 7 easy steps - great for kids and novice artists.

At the bottom you can read some interesting facts about the Red Winged Blackbird.

How to Draw a Red Winged Blackbird - Step-by-Step Tutorial 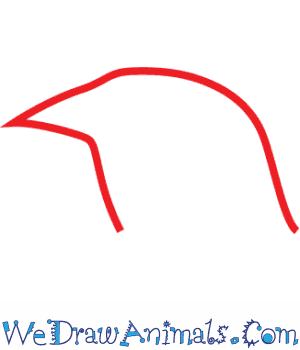 Step 1: Let's draw a red-winged blackbird! Start with a large upside-down letter U for the head, but at the top corner, trace a triangular shape for the pointy beak. 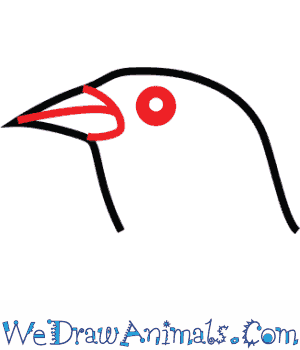 Step 2: Trace a line across the middle of the beak and a curved line to close it. Fill in a circle for the eye, without coloring it in all the way! 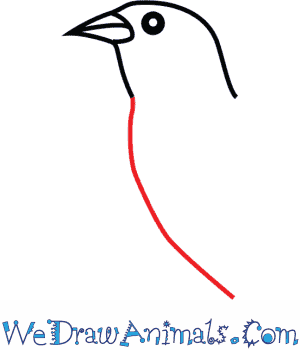 Step 3: Starting from the front of the head, trace a line down the front for the belly. 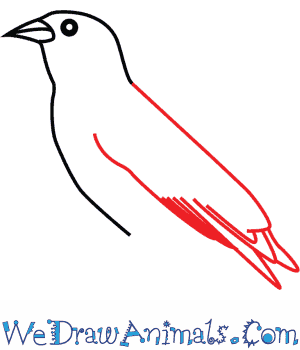 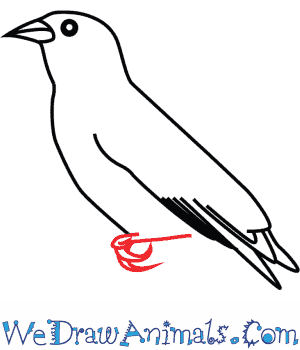 Step 5: Trace a line across the bottom of the body and finish it off with curved claws at the end. Make sure they're really pointy! 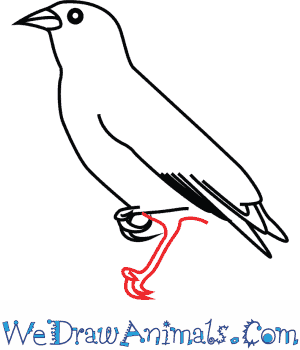 Step 6: From there, trace two long lines, now, going down for the second leg. Don't forget the pointy claws! 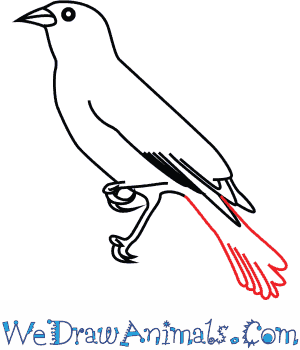 Step 7: Last is the tail! Draw two lines coming out from beneath the body, and trace skinny tube-like shapes along the bottom of the tail. There's your red-winged blackbird!

Interesting Facts about the Red-Winged Blackbird

The Red-Winged Blackbird can be found in many areas within North and Central America. It also migrates to such areas as Mexico, Guatemala, Honduras, Costa Rica, and British Columbia. It is believed to be the most popular bird in North America, which makes it the easiest to study.

Despite having many predators, the Red-Winged Blackbird will not be bullied around. It is known to defend its territory aggressively from anyone who attempts to move in on it. It has been seen attacking birds much larger than it, and it will even go after a human who may accidentally wander too close to the nest. If the Red-Winged Blackbird is able to survive predator attacks, it has been known to live up to nearly 16 years in the wild. 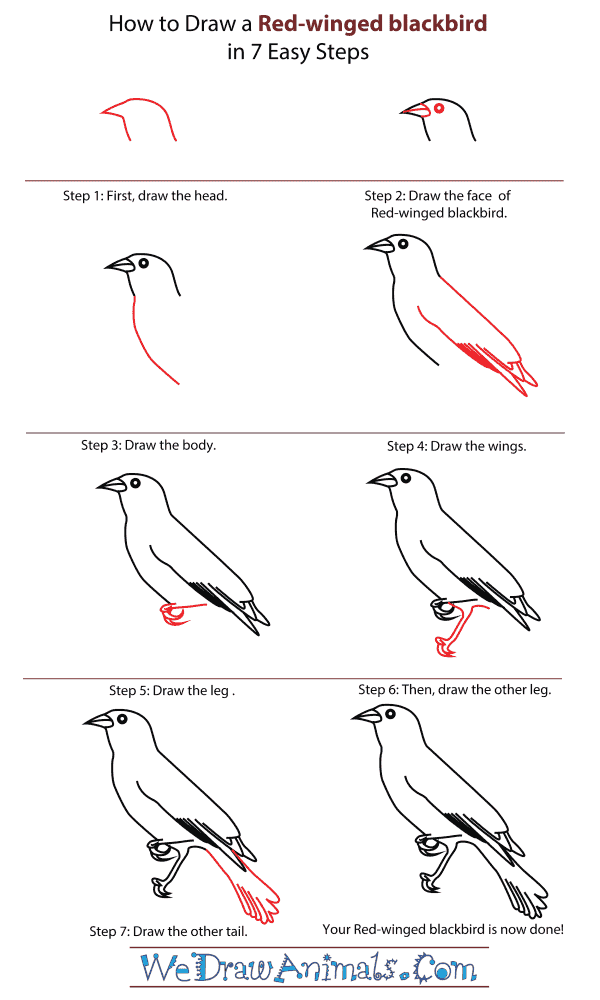 How To Draw A Red-winged blackbird – Step-By-Step Tutorial