How to Draw a Ringtail 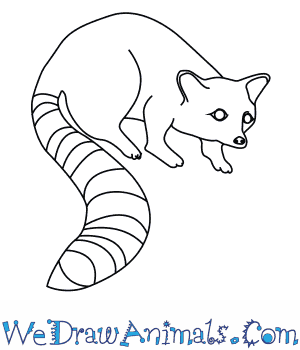 In this quick tutorial you'll learn how to draw a Ringtail in 7 easy steps - great for kids and novice artists.

At the bottom you can read some interesting facts about the Ringtail.

How to Draw a Ringtail - Step-by-Step Tutorial 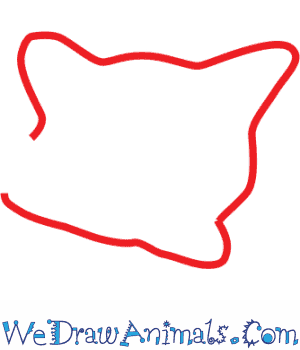 Step 1: Let's draw a ringtail! To draw the head, make two upside-down triangular shapes for ears with a line in between to connect them. Draw a line down the front to outline the face and snout. 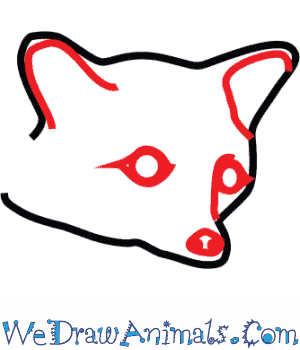 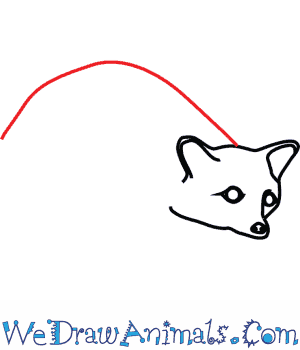 Step 3: Trace a long, curved line across the back. Here's a tip: arch the back high up in the air! 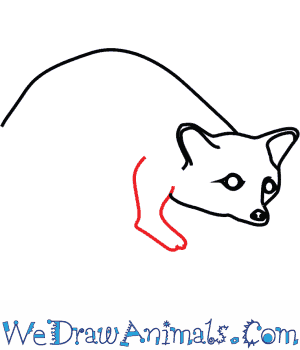 Step 4: Draw the first front leg by tracing a small but thick letter L. But be careful! Keep the top open. 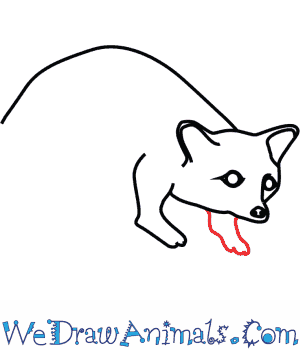 Step 5: Draw the second front leg, tracing much like you did the first, but this time keep the top closed! 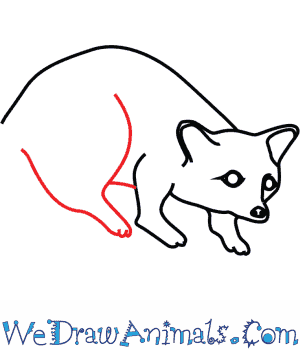 Step 6: Now, draw the hind leg by making the top part of the leg really wide, like a big letter U, making sure to trace the small paw at the end. 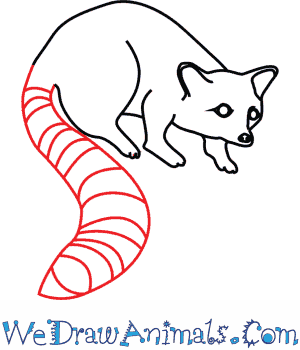 Step 7: Last is the big tail! Draw a long tail that curls toward the front. Then, trace lines across the length of the tail. Here's a hint: the lines don't have to be perfect! There's your ringtail!

Interesting Facts about the Ringtail

The ringtail is often referred to as being a cat, but it is actually a member of the raccoon family. It can be found in several areas of drier climate scattered throughout North America. It usually makes its nest in hollowed out trees or abandoned structures that are made out of wood.

Despite making its home in drier climates, the ringtail actually prefers to be close to water.

During the winter, the ringtail depends on a diet of small animals to survive. Included in this diet are such creatures as birds, rats, mice, rabbits, and squirrels. The ringtail will also eat fruit, bugs, and garbage, if it’s hungry enough and those items are available. 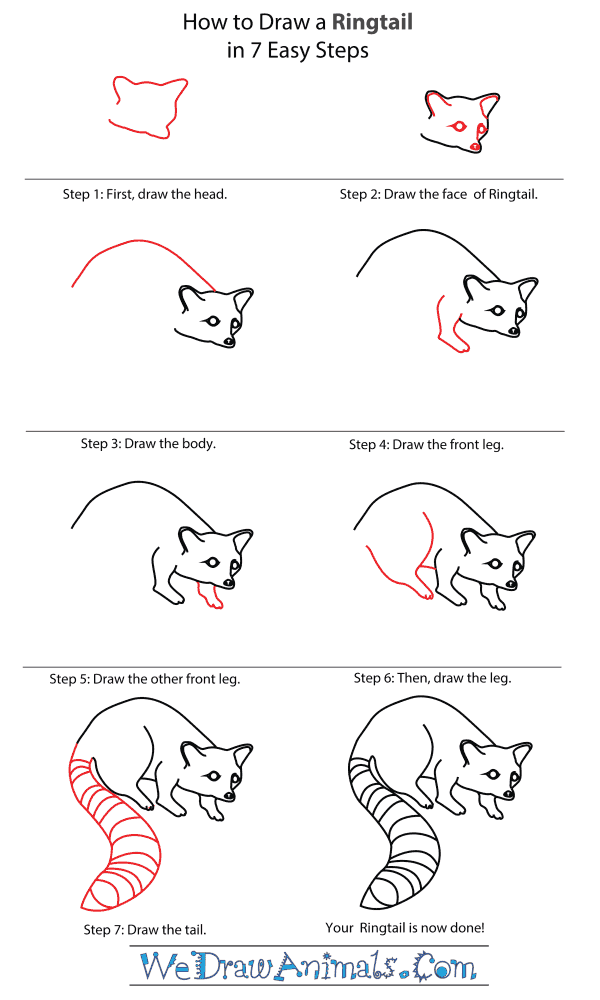 How To Draw A Ringtail – Step-By-Step Tutorial