How to Draw a Redfish 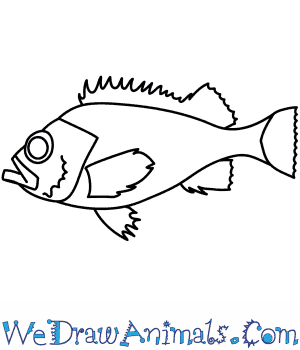 In this quick tutorial you'll learn how to draw a Redfish in 7 easy steps - great for kids and novice artists.

At the bottom you can read some interesting facts about the Redfish.

How to Draw a Redfish - Step-by-Step Tutorial 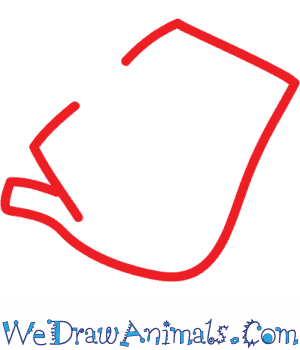 Step 1: To start drawing your Redfish you will need to draw its head. To draw the head, draw three straight lines, one with a break in it for the eye. Then draw a curved line from the bottom creating a thumb shape before attaching to the other. 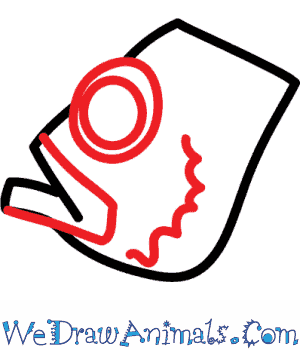 Step 2: To complete the face details, draw a medium sized circle with a smaller circle inside it in the open part of the head to form the eye. Then draw lines around the mouth to create the lips. Finally add a jagged line going from the bottom of the head up towards the eye. 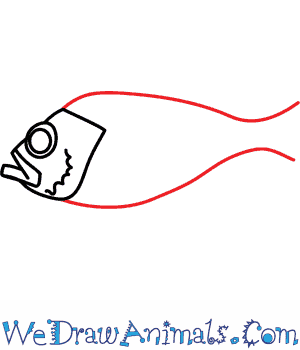 Step 3: The next step is to draw the body. To do this you will need to draw two curved lines, one starting at the top of the head, and one at the bottom. They will need to get closer towards the back of the fish where the tail will start. 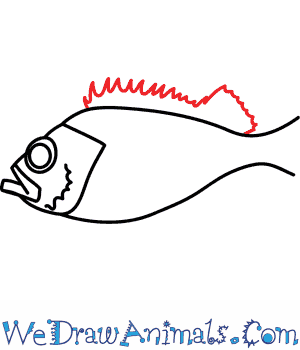 Step 4: The upper fins then need to be added by drawing a jagged curved line from the front of the fish that goes along to the back. 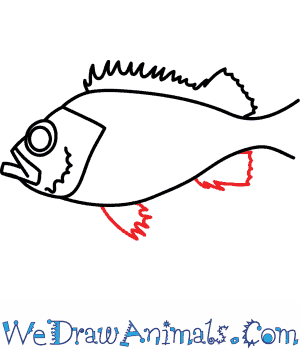 Step 5: To create the lower fins. Draw a small fin with jagged lines in the front of the body and draw another more squared off one at the back. 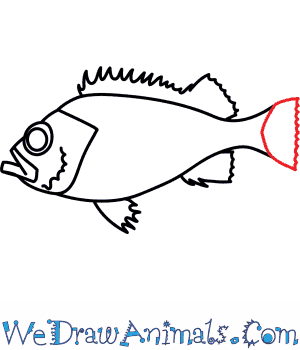 Step 6: The next step is to draw the tail. Draw a semicircle that attaches to the back of the body and finish it with a jagged line that connects both ends. 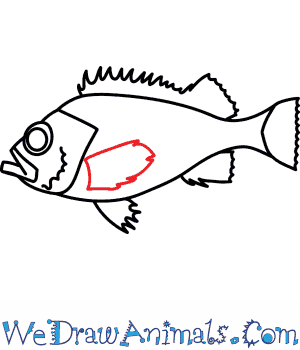 Step 7: Your final step is to draw the front flipper. Draw using jagged lines on the front body of the fish. You have now created a Redfish.

Interesting Facts about the REDFISH

The Redfish is a member of the fish family and the scientific term for them is Sebastes fasciatus. Other common names for this species are Acadian Redfish and Atlantic Redfish. It’s a reddish orange deep water creature that lives in the northwestern Atlantic Ocean including Virginia, Canada, Greenland, and Iceland on clay or rocky surfaces. This animal eats crustaceans, mollusks, and smaller fish.

The Deepwater Redfish is very similar in appearance, and is distinguished by analyzing soft appendages in the rear fins, internal inspection of the gas bladder, or from genetic testing. They mate from the fall season to the late winter with ovoviviparous reproduction. Besides humans, this fish is eaten by seals, halibut, cod, and swordfish. As the species is not aggressive, grows slowly, and gets caught very easily, the population has been reduced. Since there are so few of these creatures, they are endangered to become extinct. 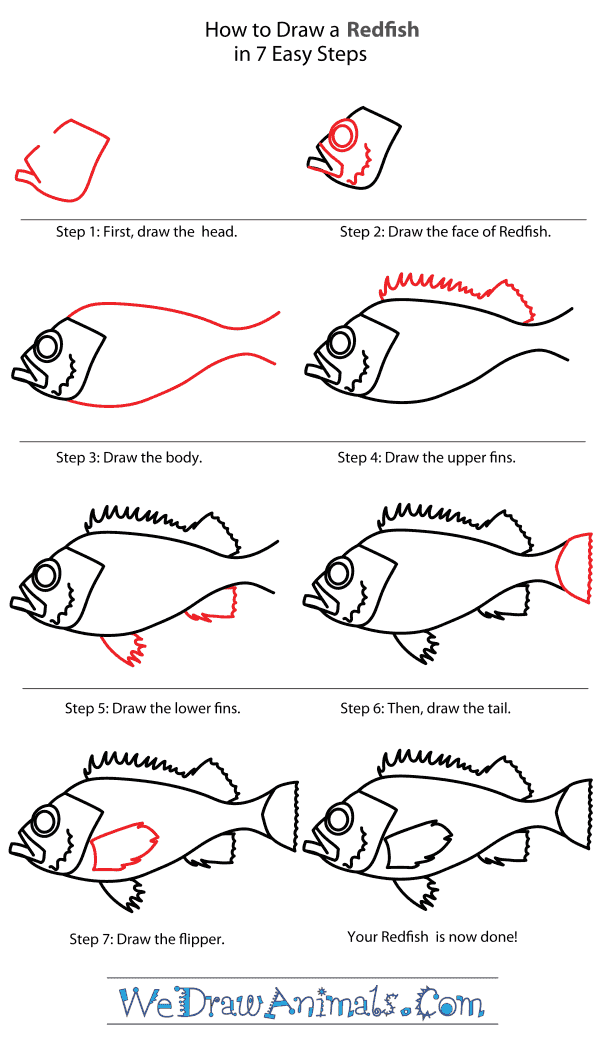 How to Draw a Redfish – Step-By-Step Tutorial