How to Draw a Reticulated Python 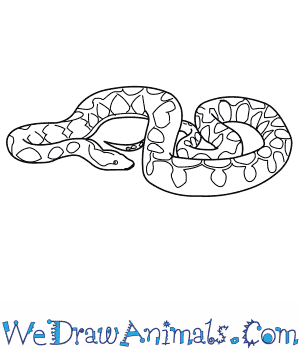 In this quick tutorial you'll learn how to draw a Reticulated Python in 8 easy steps - great for kids and novice artists.

At the bottom you can read some interesting facts about the Reticulated Python.

How to Draw a Reticulated Python - Step-by-Step Tutorial 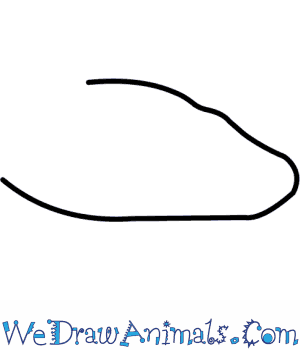 Step 1: To start drawing the Reticulated Python, draw an egg shape for the head, but leave the back completely open for the rest of the body. 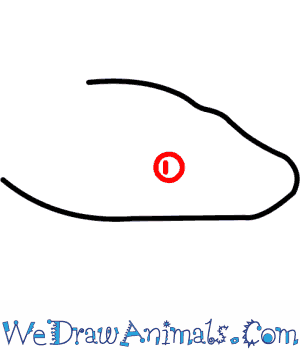 Step 2: Draw a small circle with a little line in the middle for the eye. 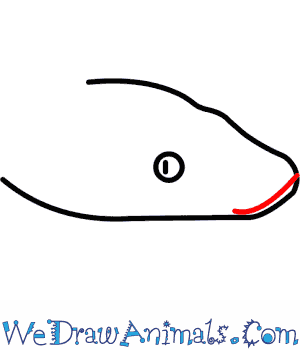 Step 3: Add a small curved line for the mouth at the front of the head. 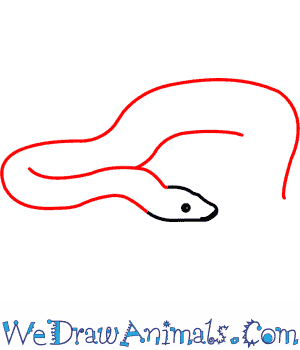 Step 4: Now, draw several wavy lines going left, and then going right for the body of the Reticulated Python. This snake is the longest snake in the world…they can grow to be 15-20 feet long! 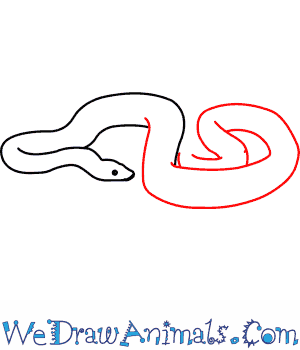 Step 5: Continue drawing the body as shown by drawing a line down, and then a curve around the bottom. Then add some more wavy lines above those to make the rest of the body as shown. The Reticulated Python uses it's strong muscles to squeeze their prey. 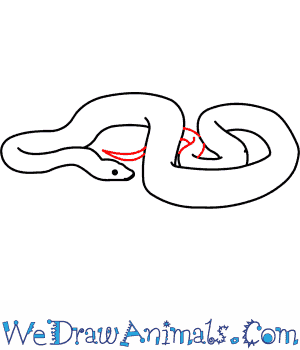 Step 6: Draw a long pointy tail that goes underneath the body. 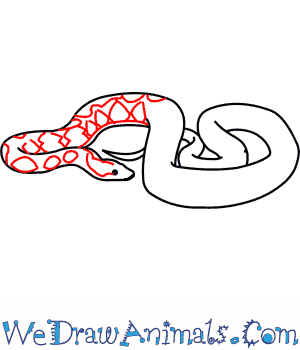 Step 7: Now add several egg shapes in different sizes to make the pattern of the Python. 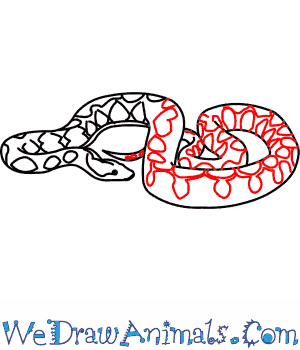 Step 8: Continue making the pattern of the Python by adding more egg shapes and curves along the body. You can use many colors for the pattern! It has a bright eye-catching pattern with big black strips and a blotchy pattern with grey, brown, and yellow.

Lesson Plan Note: Draw a simple outline of a Reticulated Python. Distribute copies to each student. Then show the class a large photo of the real snake. Have your students try to duplicate the complex pattern. 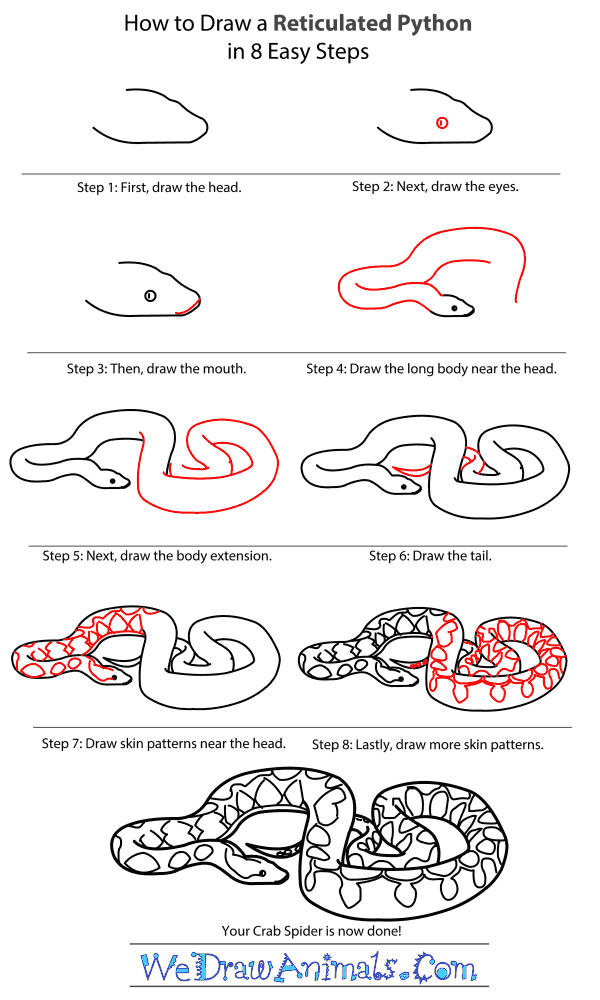 How to Draw a Reticulated Python – Step-By-Step Tutorial