How to Draw a Saola 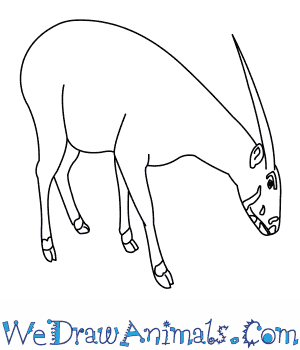 In this quick tutorial you'll learn how to draw a Saola in 9 easy steps - great for kids and novice artists.

At the bottom you can read some interesting facts about the Saola.

How to Draw a Saola - Step-by-Step Tutorial 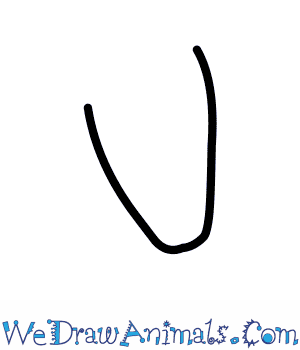 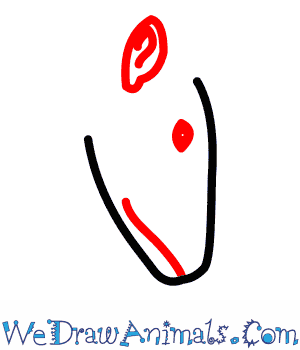 Step 2: Draw the face my adding a small dot for the eye, and a curved line up for the mouth. Add the ear at the top as shown. 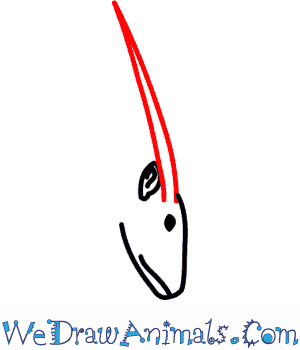 Step 3: Now, draw a two long lines going up and meeting at a point for the horn. 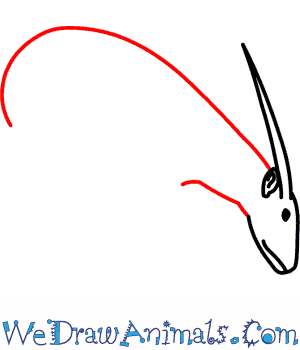 Step 4: To draw the body, make a long curved line for the back, and then a small curved line at the bottom for the neck. 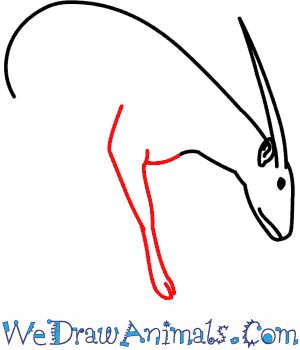 Step 5: For the first foreleg, draw a small triangle shape for the elbow, then two lines down for the leg. End it with two small toes. 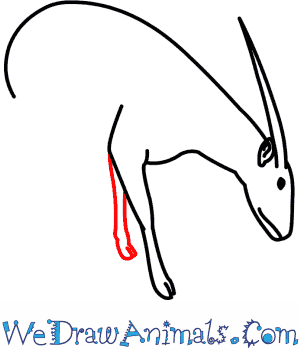 Step 6: Now, add the second foreleg behind the first as shown. 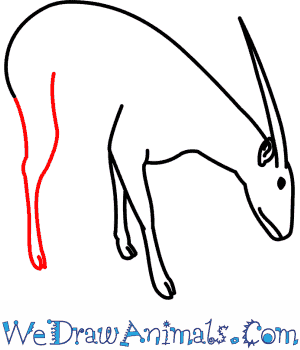 Step 7: Draw the hind leg form the back of the body. Notice it is a bit longer, so the Saola can run fast! 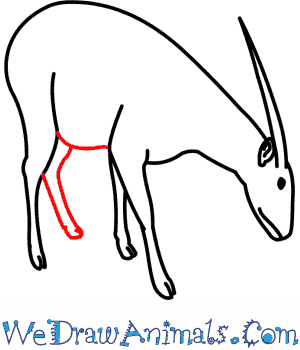 Step 8: Add the belly and the second hind leg. 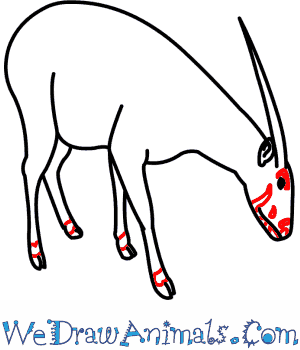 Saolas are pretty new to scientists, so not much is known about them. They look and sound like goats. Their horns are long and black and stand straight up on their heads. Their fur is short and red brown with white marking around the face and back side. The body is about 150 centimeters long and 80-90 centimeters tall. They live only in a forest on the boarders of Vietnam and Laos. A Saola eats plants. This animal is considered critically endangered and has caught the attention of scientists all over the world.

Lesson Plan Note: Saolas are a great addition to a cultural study of Southeast Asia. Specifically Vietnam and Laos, it is a topic that would work well with all age groups. 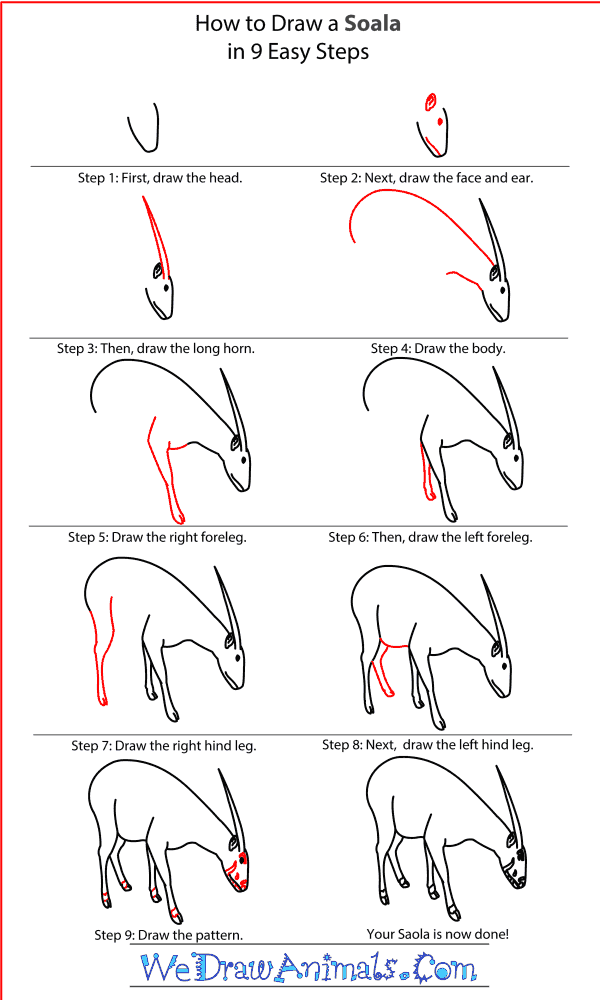 How to Draw a Saola – Step-By-Step Tutorial

Next post: How to Draw a Siamese Fighting Fish