How to Draw a Rhesus Macaque 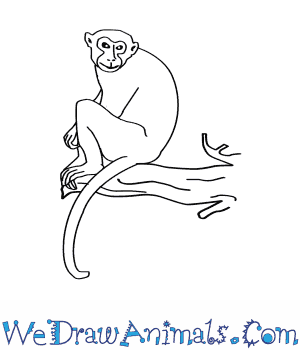 In this quick tutorial you'll learn how to draw a Rhesus Macaque in 7 easy steps - great for kids and novice artists.

At the bottom you can read some interesting facts about the Rhesus Macaque.

How to Draw a Rhesus Macaque - Step-by-Step Tutorial 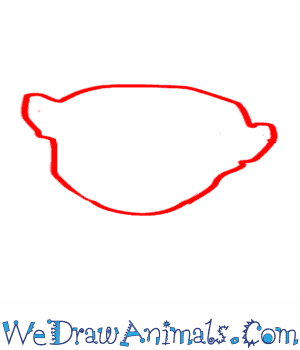 Step 1: Start by drawing the outline of the head and ears 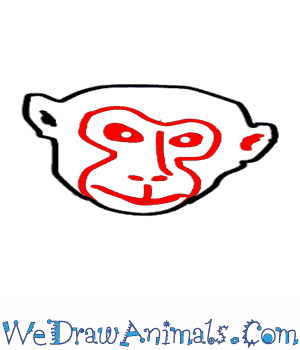 Step 2: Draw the face and the ears. Make the outline of the face and then fill in the features. The eyes are two almonds, the nose is a backwards L, and the mouth is a horizontal line with a vertical line in the center on top. Draw two small dots inside the ears 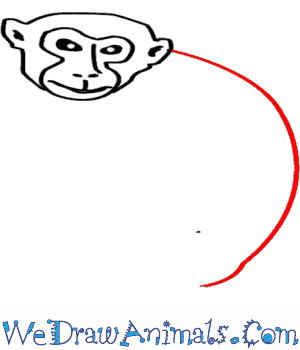 Step 3: Draw a curved line to make the back 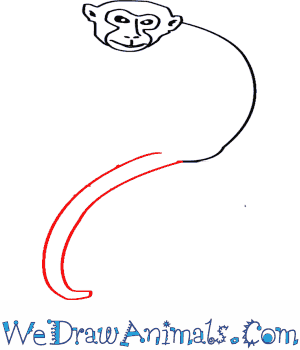 Step 4: Next, draw the tail. It curves in the opposite direction of the back and it is longer than the body 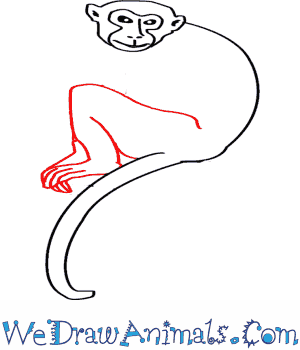 Step 5: Draw the legs and feet. The legs are crossed and the toes are long, beginning in the middle of the foot 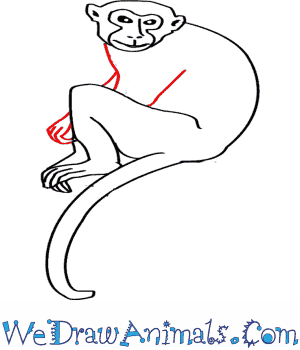 Step 6: Draw the arms and hands starting and ending on each side of the knee 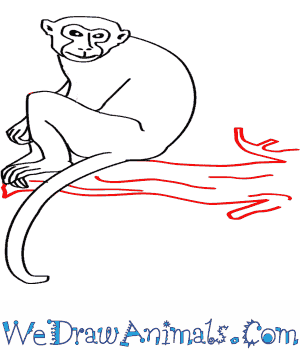 Step 7: Draw a tree branch for the Macaque to sit on. Make smaller branches and lines for extra detail

Rhesus Macaques naturally come from Southeast Asia. They live in India, Southern China, Vietnam, Thailand, and Bangladesh. Rhesus Macaques are light gray to brown and have hairless faces. They grow to be 8-9 inches long. A Rhesus Macaques arms and legs are the same length making them very quick and hard to catch. A natural viewing of these monkeys is almost impossible since most Rhesus Macaques have moved out of their home forests and into urban areas. The monkeys are known to beg for food and steal from passer-byes.

Activity: Speaking of Monkeys an old stand by for kids is the classic game. “Monkey See, Monkey Do.” Start by leading the kids in a mirror game. The child is to make every move they see you do. If they don’t mimic it right, then then player is out. Keep playing till there is a winner. 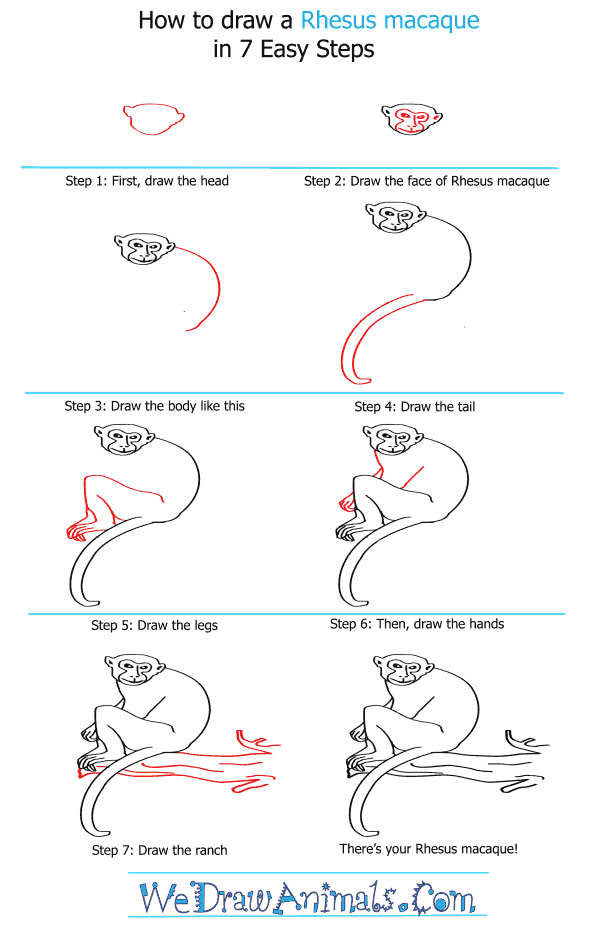 How to Draw a Rhesus Macaque – Step-by-Step Tutorial

Next post: How to Draw a Yellow-Crowned Night Heron