How to Draw a Yellow-Crowned Night Heron 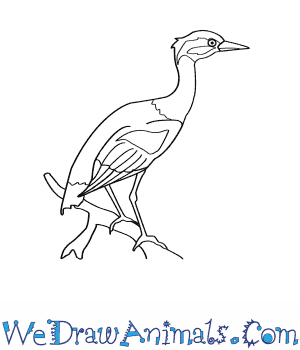 In this quick tutorial you'll learn how to draw a Yellow Crowned Night Heron in 7 easy steps - great for kids and novice artists.

At the bottom you can read some interesting facts about the Yellow Crowned Night Heron. 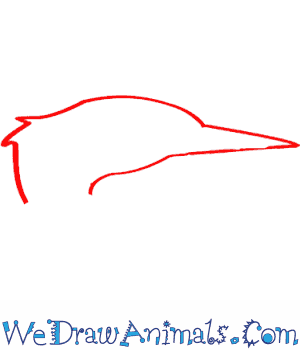 Step 1: Let's begin with the head - draw a long bird's head, giving it two spikes at the back, and with a long beak. 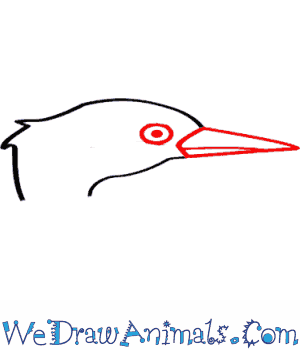 Step 2: To detail the face, draw a dot inside a circle for the eye. Draw two lines to detail the beak. 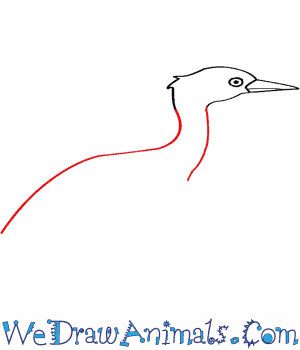 Step 3: Now it's time to draw the body. Draw one line from the back of the head that curves left and slopes down. Draw a smaller line down below the beak. 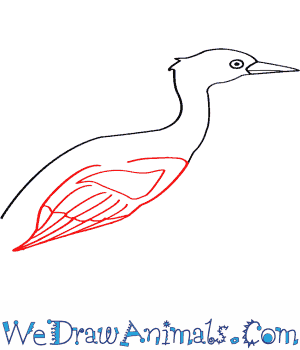 Step 4: Let's draw the yellow-crowned night heron's wing. Start at the bottom of the right body line and draw a line leftwards - leaving a gap - and going down into a point, then slightly sloping it back up. Draw an irregular triangle at the top of the wing, then make small sections at the bottom for detail. 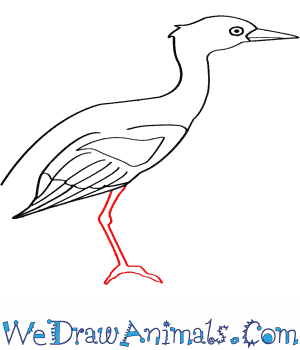 Step 5: Draw the first leg with a slight bend and two digits at the foot. Remember that birds' legs are thin! 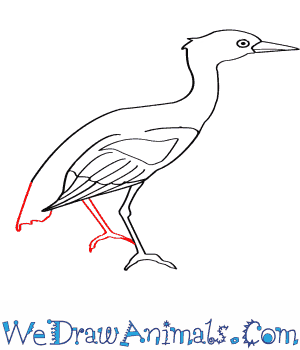 Step 6: Draw the other, smaller leg and draw a line down, then squiggly at the base for the tail. 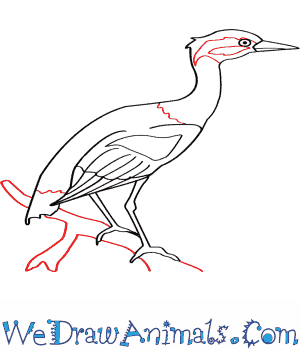 Step 7: Almost finished - add some detail to the face, draw a squiggly line near the top of the wing and another near the bottom, and draw a thick branch for the heron to stand on!

Yellow-Crowned Night Herons are a wading bird that lives on the coasts of Central and South America. The birds move to the southeast coast of the United States to places like Florida and Georgia during mating season. Yellow Crowned Night Herons are mostly gray with black markings. They’re legs are a bright orange and the top of their heads sports a tuft of yellow feathers. Adults grow to be 24 inches long.

Activity: Cut some feathers out of yellow construction paper. Then cut a strip of black construction paper and measure how far it will go around a student’s head. When the strip is made into a headband and the yellow feathers a glued the front, you will have a class full of Yellow Crowned Night Herons. The class is ready for their lesson. 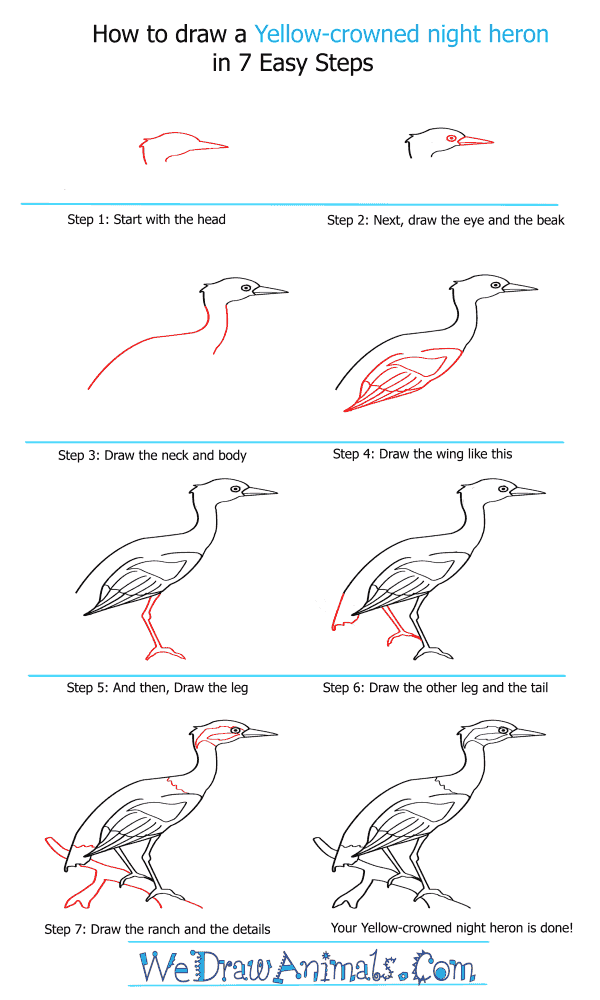