How to Draw a Ring-Tailed Lemur 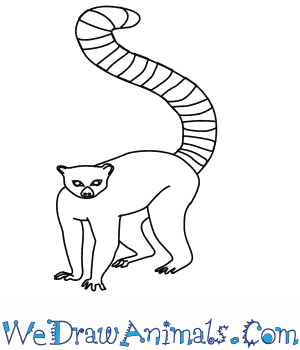 In this quick tutorial you'll learn how to draw a Ring Tailed Lemur in 9 easy steps - great for kids and novice artists.

At the bottom you can read some interesting facts about the Ring Tailed Lemur.

How to Draw a Ring Tailed Lemur - Step-by-Step Tutorial 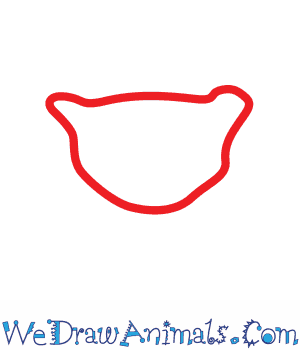 Step 1: Draw the head as shown above, making sure to make two bumps for ears. 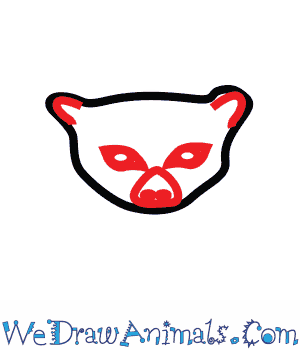 Step 2: Use two rounded diamonds for the eyes and a semi-circle for the nose. Trace the inside of the ears with tiny arches. 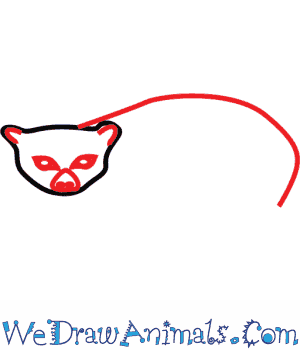 Step 3: Use a single curved line to draw the body. 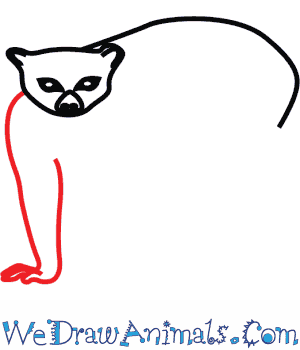 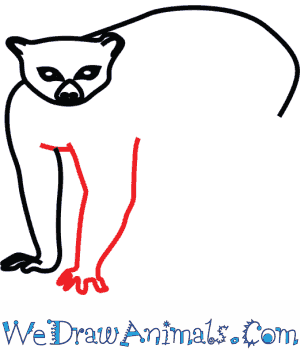 Step 5: Draw the other front leg like the first one, except facing you and just a little thicker than the first. 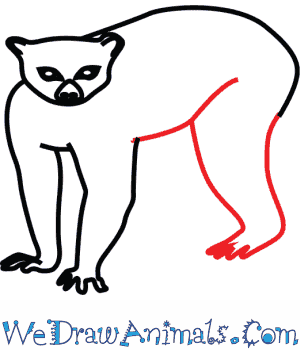 Step 6: Draw the hind leg to be thicker than the front leg, and use a series of lines close together for the toes. Then draw the rest of the bottom of the body. 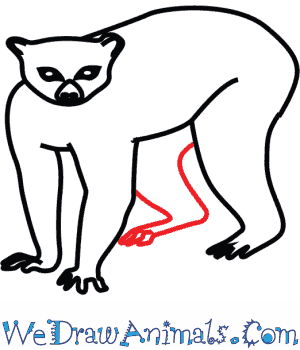 Step 7: Draw the other hind leg to the left of the first one, with a greater curve in the lines of the leg, a longer foot, and the toes are tiny triangles instead of lines. 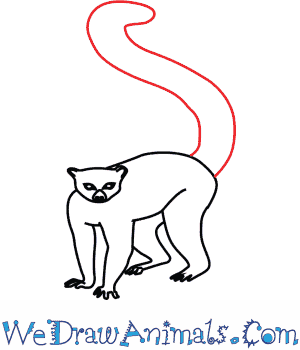 Step 8: Use two long and wavy lines that meet at a curve for the tail. 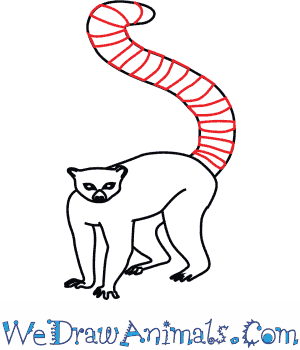 Step 9: Use lots of lines that go across the tail for the pattern of the tail. Your Ring-Tailed Lemur is now done!

Ring-tailed lemurs are primates that have long tails with 13 black and white rings. They live in groups, called troops, which have up to 25 members. Females are the leaders of the troops. When traveling together, they raise their long tails in the air so that they can see each other. 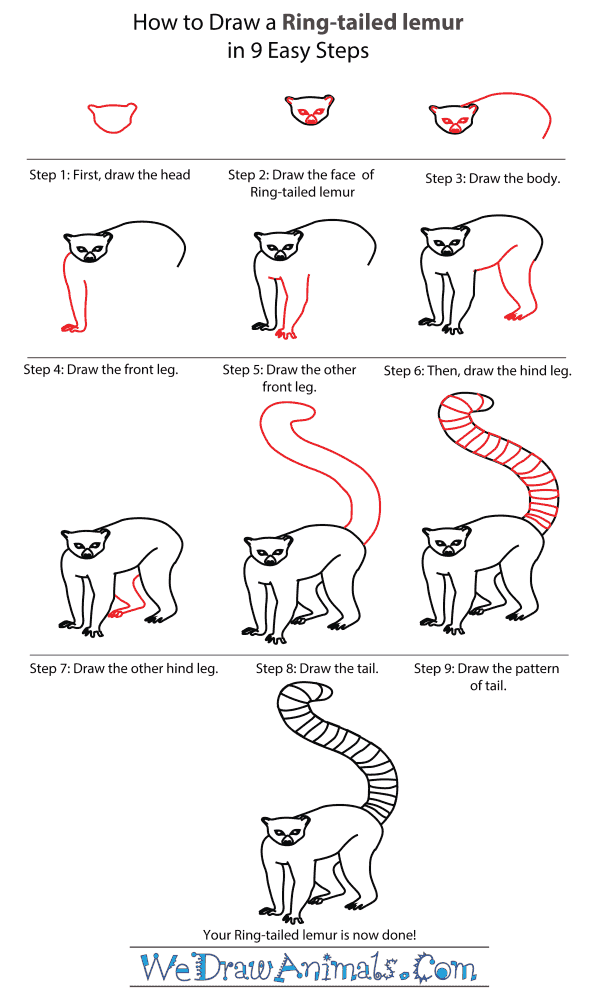 How To Draw A Ring Tailed Lemur – Step-By-Step Tutorial