How to Draw a Serval 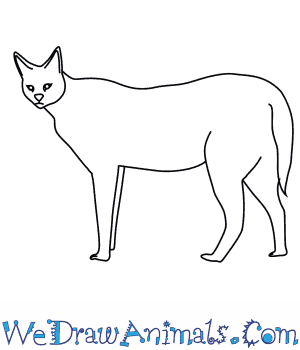 In this quick tutorial you'll learn how to draw a Serval in 8 easy steps - great for kids and novice artists.

At the bottom you can read some interesting facts about the Serval.

How to Draw a Serval - Step-by-Step Tutorial 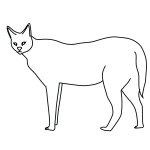 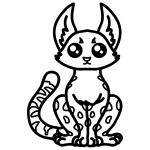 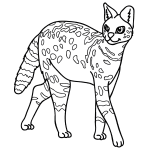 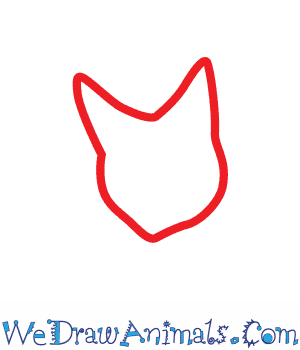 Step 1: Draw the head using a round shape with two large triangle-like bumps coming out of it for the ears. 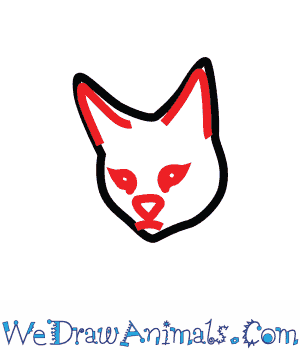 Step 2: Draw the eyes using two tiny semi-circles, a tiny triangle for the nose, and a small line for the mouth. Trace the inside of the triangular bumps you used for the ears. 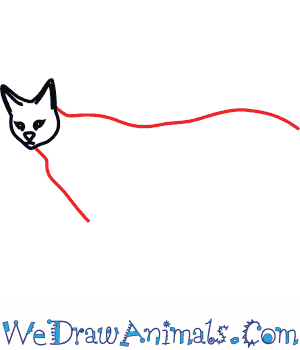 Step 3: Draw the body using two lines that start at the head as shown above. 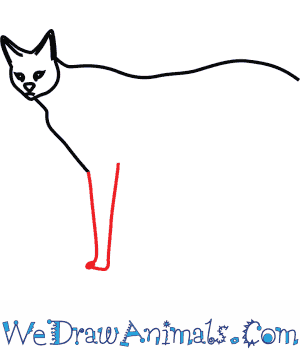 Step 4: Draw the front leg with two vertical lines that meet at a foot that extends slightly to the left. 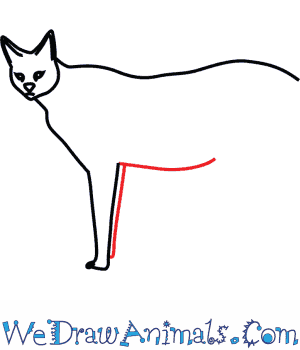 Step 5: The other front leg will be mostly hidden by the first, so draw a single line that follows the right side of the first leg. Then draw the bottom of the body. 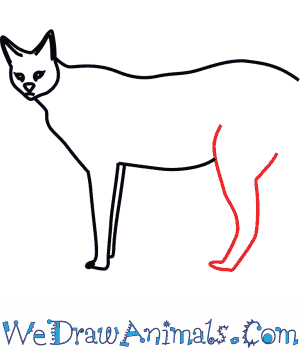 Step 6: The hind leg will be thicker and have more bends in it than the front legs, and also should start from within the body. Have the foot pointing up a little as well as to the left. 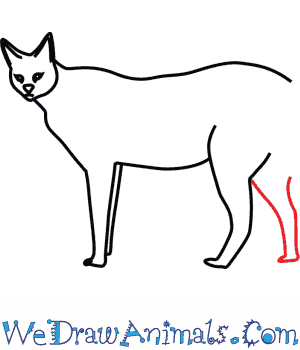 Step 7: Draw the other hind leg more like the front legs, but still with some bends and curves in it. 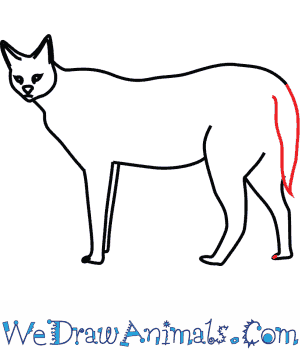 Step 8: Draw the tail using two lines continuing from the right of the body that meet at a point. Your Serval is now done!

The serval is a species of wild cat that is native to central Africa. They live in areas that have high grass and are close to marshes and other bodies of water. Servals have long legs and long ears that are adapted for the high grasslands. They prefer to live alone rather than in groups.

Servals are crepuscular, which means that they hunt for food at dusk and dawn. Servals are carnivores. Their diet includes hares, snakes, lizards, insects, and frogs. Servals are able to leap as high as 10 feet into the air to catch the birds that they eat. Servals have the ability to hear where their prey is, and then attack them without even seeing them first. 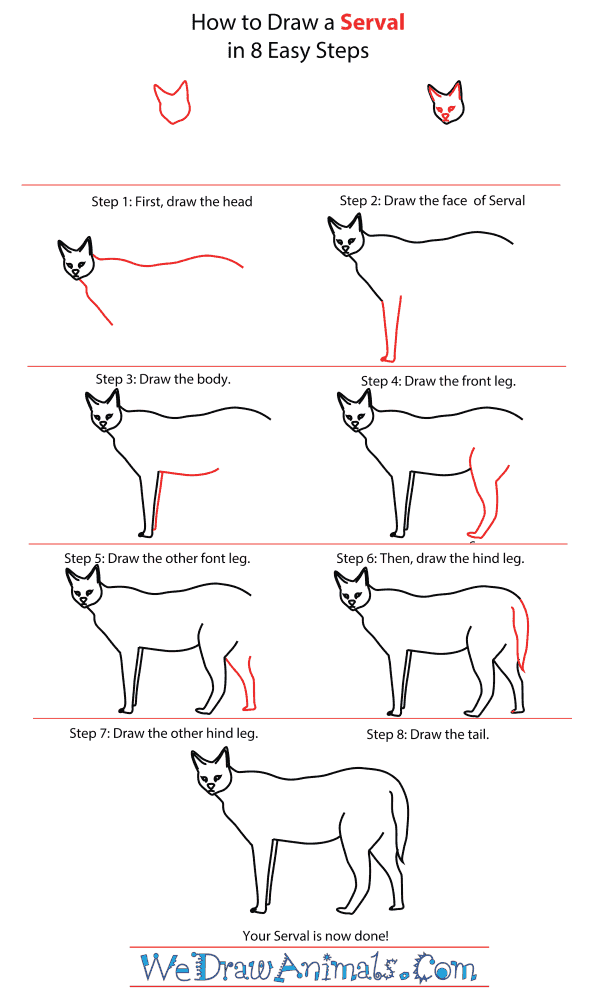 How To Draw A Serval – Step-By-Step Tutorial