How to Draw a Woodchuck 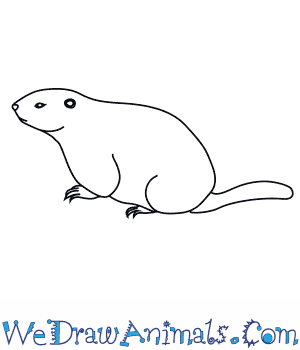 In this quick tutorial you'll learn how to draw a Woodchuck in 6 easy steps - great for kids and novice artists.

At the bottom you can read some interesting facts about the Woodchuck.

How to Draw a Woodchuck - Step-by-Step Tutorial 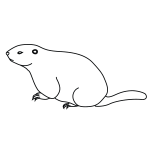 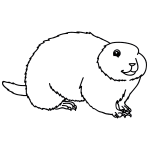 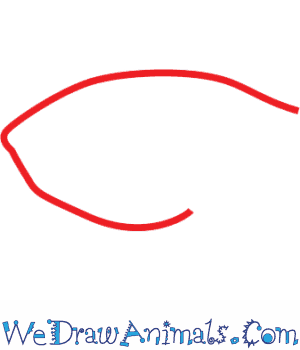 Step 1: Draw the head as shown above, leaving a gap open for the rest of the body. You may want to think of it as drawing an unfinished lemon. Step 2: Draw a small triangle for the nose, a small line for the mouth, an oval for the eye, and a circle inside of a circle for the ear. 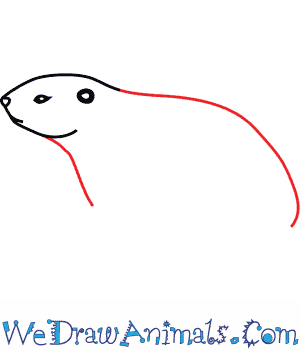 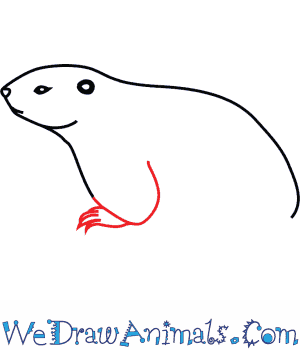 Step 4: For the front leg, draw a line from the body that after going right and down curves up into the body. Have the foot facing to the left and make some lines for the toes. 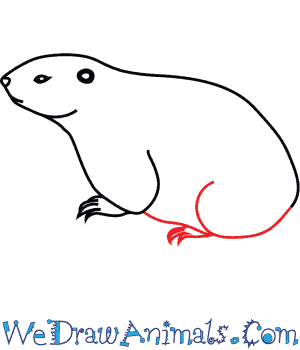 Step 5: Draw the hind leg after drawing the rest of the bottom of the body. Use a curved line on the inside of the body. Draw the foot much like the other foot, along with the toes. 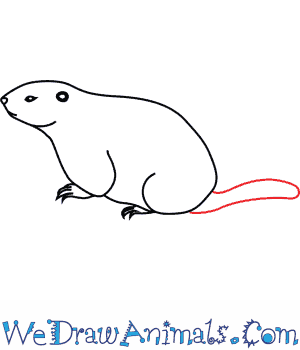 Step 6: Draw the tail using two lines from the right of the body that meet at a curve. Your Woodchuck is now done!

Woodchucks, also known as groundhogs, are rodents that are native to North America. Specifically, they inhabit certain parts of Alaska, southern Canada, and the central and northeastern regions of the United States. They live in burrows, which are underground tunnels. The burrows are where they sleep, take care of their young, hibernate in the winter, and hide from any danger.

You might have heard this tongue twister: “How much wood could a woodchuck chuck if a woodchuck could chuck wood?” The keyword in the phrase is “if” because they do not chuck wood at all! The word is said to have come from several Native American tribes that used names for the animal that all sound like “woodchuck.” 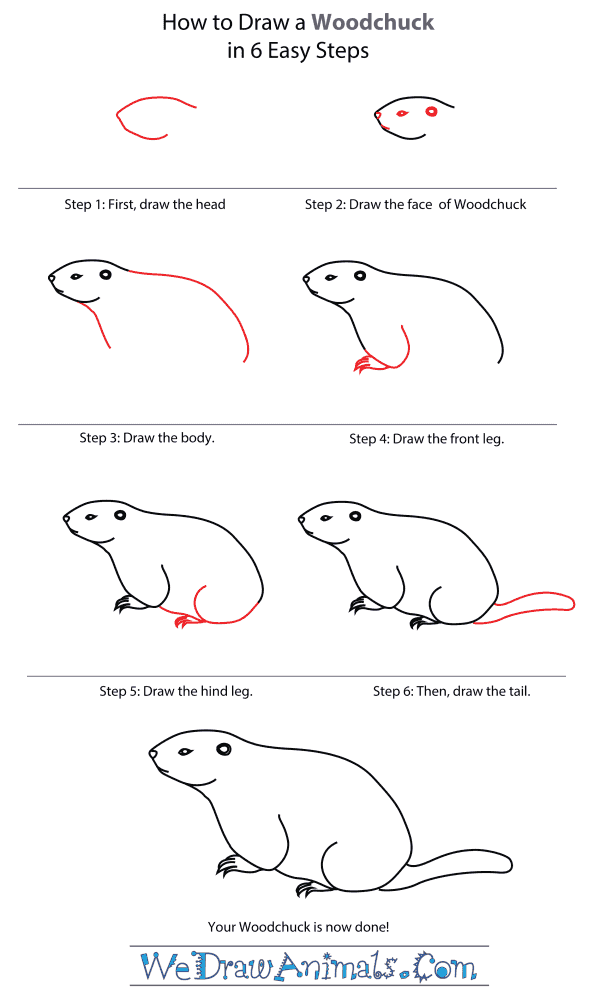 How To Draw A Woodchuck – Step-By-Step Tutorial

Next post: How to Draw an American Virginia Opossum