How to Draw an American Virginia Opossum 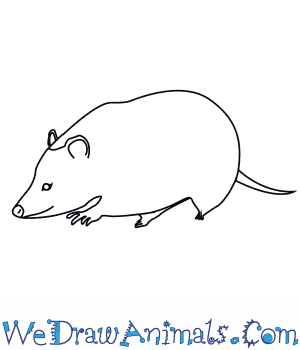 In this quick tutorial you'll learn how to draw an American Virginia Opossum in 7 easy steps - great for kids and novice artists.

At the bottom you can read some interesting facts about the American Virginia Opossum.

How to Draw an American Virginia Opossum - Step-by-Step Tutorial 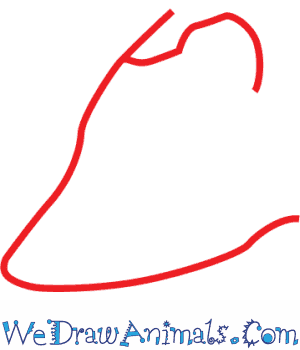 Step 1: First, draw the head as shown above, leaving a gap open for the neck. Add a bump to draw one ear into. 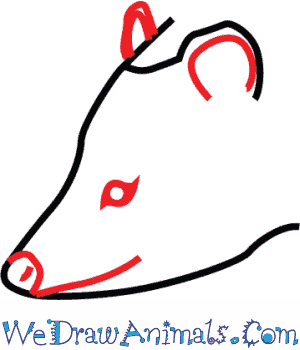 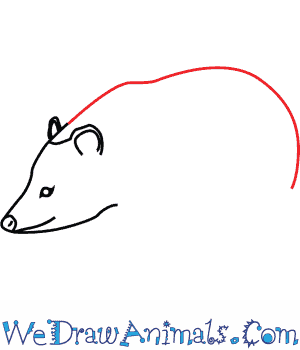 Step 3: Use a long and curved line that starts at the top of the head to draw the body. 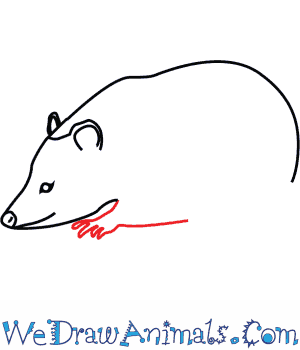 Step 4: Make the foot extend to the left, starting from the bottom right of the head. Draw some long and uneven toes on the foot. Start drawing some of the bottom of the body. 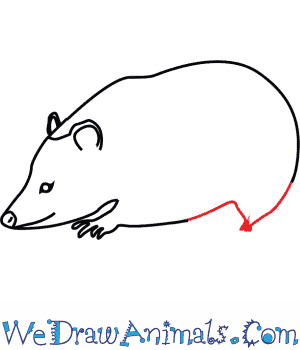 Step 5: Draw the hind leg by continuing from the body on a curve to the foot. Use a few short lines clumped together for the foot. Then draw the rest of the bottom of the body. 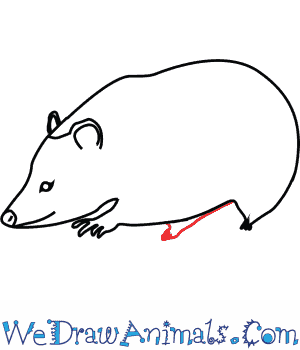 Step 6: Draw the other hind leg by using two lines starting at the bottom of the body that meet at a foot like the one you drew for the first hind leg. 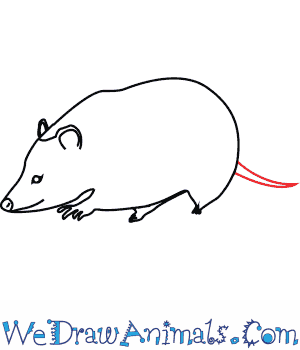 Step 7: Use two lines coming from the right of the body and meet at a point to make the tail. Your American Virginia Opossum is now done!

American Virginia opossums, commonly called Virginia opossums, are native to North America and Central America. They are the only marsupials that do not come from Australia. Marsupials are animals whose females carry and nurse their young in pouches (the kangaroo is a popular example of one).

Have you ever played possum, also known as playing dead? The term comes from the opossums, which pretend to be dead to avoid getting eaten by predators. They stay very still and hold their breath until they feel safe enough to move again. To escape danger, they also jump into nearby streams and other bodies of water; they are fairly good swimmers. 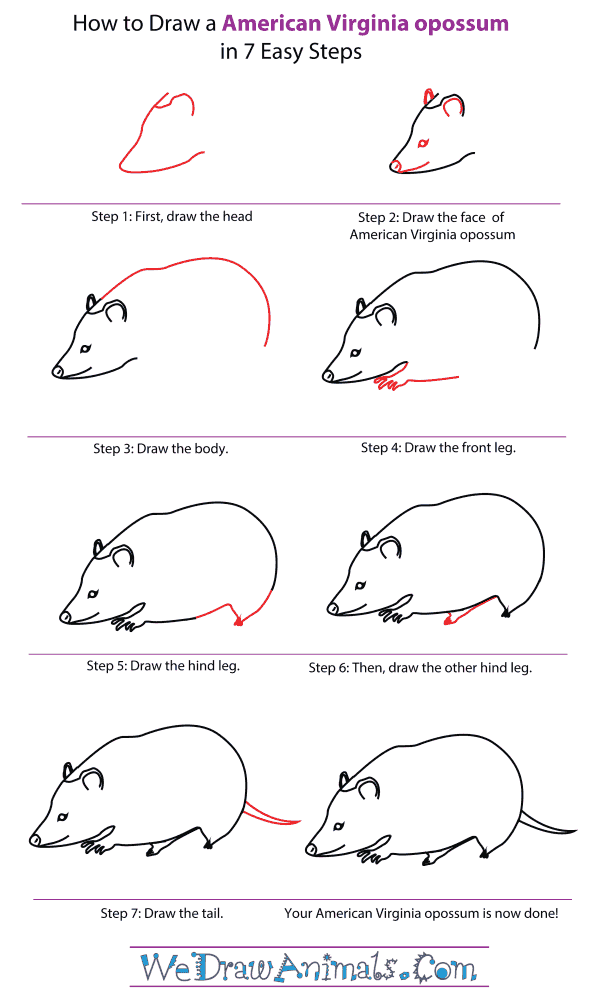 How To Draw An American Virginia Opossum – Step-By-Step Tutorial