How to Draw a Black Swan 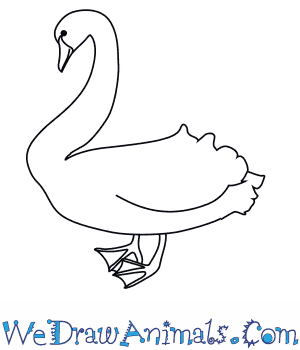 In this quick tutorial you'll learn how to draw a Black Swan in 7 easy steps - great for kids and novice artists.

At the bottom you can read some interesting facts about the Black Swan.

How to Draw a Black Swan - Step-by-Step Tutorial 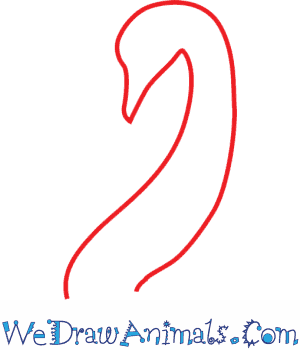 Step 1: First draw the head and long neck of the swan using curvy lines that extend down quite a ways. At the head, have it end with two parts of a triangle to make the beak. 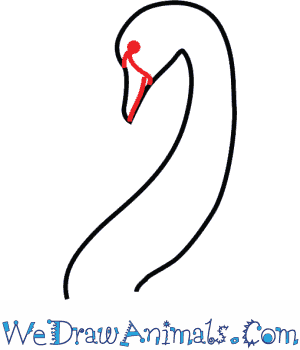 Step 2: To draw the eye use a single dot, and have this be attached with a very short line to the beak, made by a line across the head. Use one more line to create the mouth. 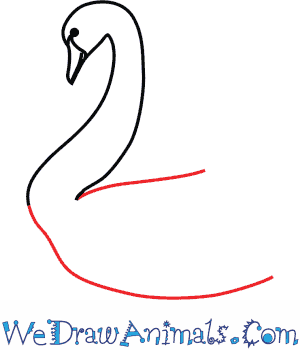 Step 3: Draw the body with two lines that continue from the neck. 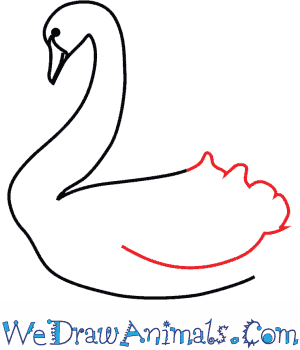 Step 4: Draw the wings with a curved line starting from the center of the body and then on the right side use a lot of indents, bumps, and rough edges to create the feathers. 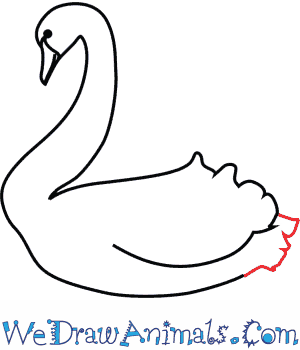 Step 5: Use some more lines and rough edges like you did for the wings when you draw the tail. 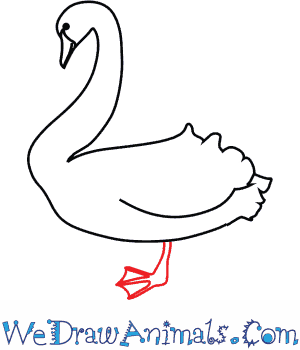 Step 6: Draw the leg with two vertical lines which head down from the body. Draw three toes, then add lines for the webbing. 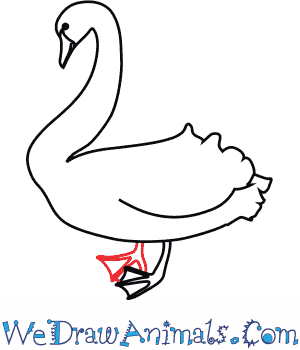 Step 7: Draw the other leg as partially hidden by the first leg, but otherwise a lot alike. Have this leg fave you more than the first one. Your Black Swan is now done!

Black swans are large aquatic birds that are native to the wetlands of Australia and New Zealand. European explorers first discovered them when they landed on Australia in the 1630s. Before this, it was believed that all swans were white.

Female black swans lay between five to six eggs at a time. Both parents take turns keeping the eggs warm in nests made of twigs, leaves, or weeds. The nests either float on water or are built on the ground. The eggs hatch after about 35 days. The babies, called cygnets, are born with grey down feathers that turn black after about three to four weeks. 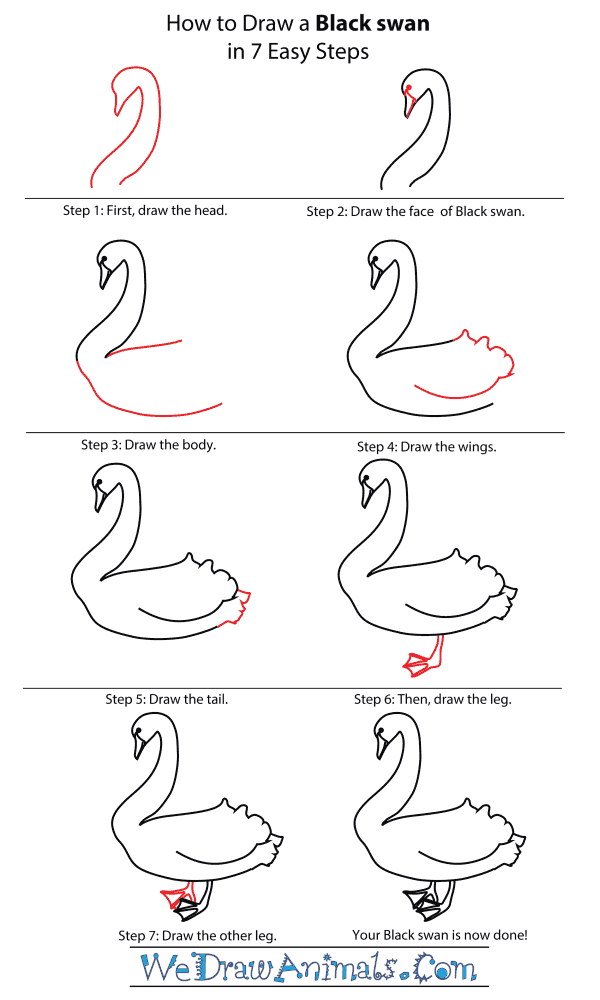 How To Draw A Black Swan – Step-By-Step Tutorial

Next post: How to Draw a Blue And Gold Macaw

Previous post: How to Draw an American Virginia Opossum