How to Draw a Roach 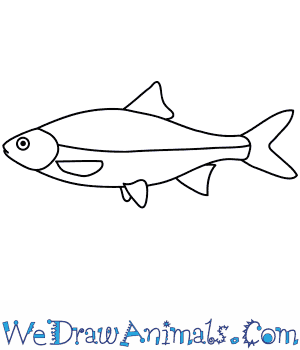 In this quick tutorial you'll learn how to draw a Roach in 6 easy steps - great for kids and novice artists.

At the bottom you can read some interesting facts about the Roach.

How to Draw a Roach - Step-by-Step Tutorial 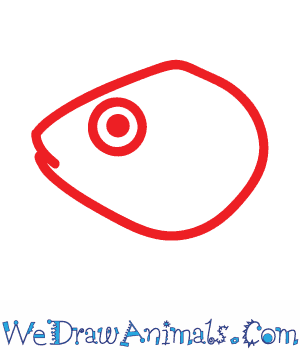 Step 1: To draw your roach, you will need to start with the head. To draw the head, draw a cone shape. For the eyes draw a small circle with a larger circle around it. 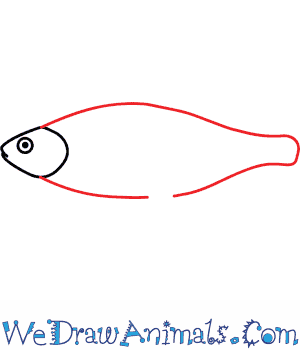 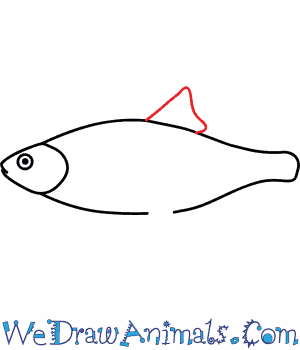 Step 3: Now you will want to add the upper fin, by drawing two straight lines and joining them with a curved one. 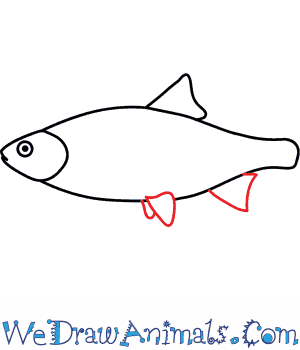 Step 4: For the next step you will want to draw the lower fins. To draw the front lower fin draw a small triangle coming out from the bottom of the body. Then draw a partial triangle behind that one for the fin on the other side of the body. Now make the back lower fin the same as the upper fin using two angled lines and a curved line to join them. 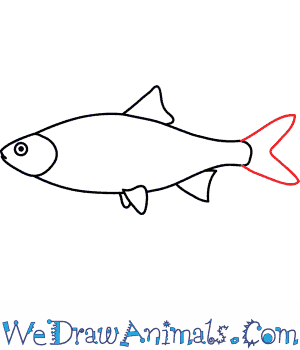 Step 5: To draw the tail you will want draw two triangles coming out of the back of the body with one side of each triangle joining the edge of the body and the other joining each other. 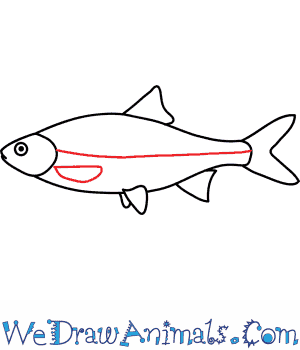 Step 6: Finally you will want to draw the pattern and the flipper. For the pattern draw a straight line the full length of the body going through the middle. For the flipper draw a small oval on the front part of the body. You are now done drawing your roach.

Interesting Facts about the ROACH

The Roach is a member of the fish family and the scientific term for them is Rutilus rutilus. This species lives in fresh water, even if it’s mixed with salt water, in Europe and western Asia. The animal isn’t found in the Mediterranean, but they’re in areas as far east as Siberia.

They have a bluish silver body, white belly, red fins, and red dots above the eyes. The species is very versatile, able to live in water so polluted, that other fish cannot survive. This animal is imported to other countries to use in sporting activities. Since there are so few of these creatures, they are the least concern for a possibility of extinction. 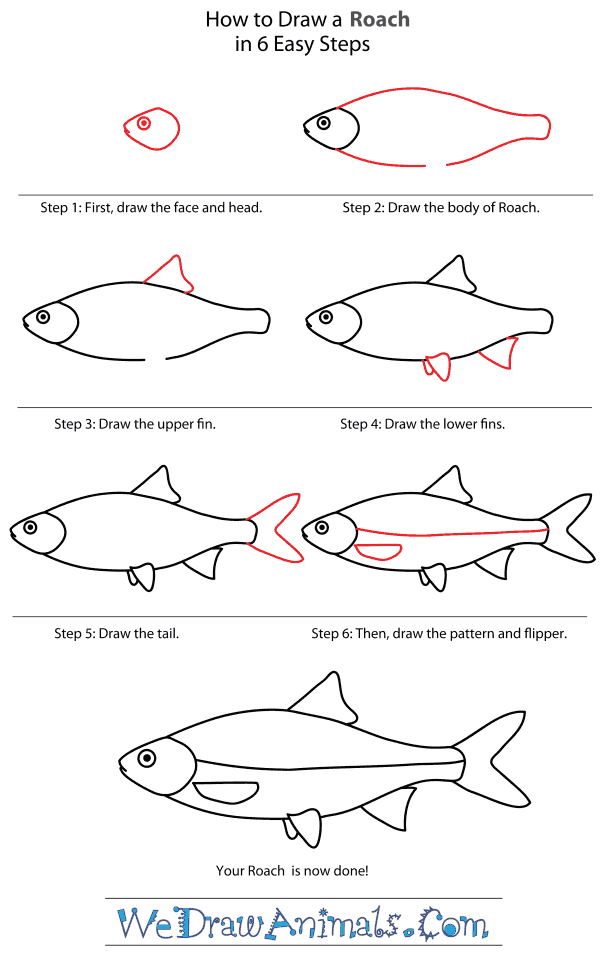 How to Draw a Roach – Step-By-Step Tutorial