How to Draw a Rough-Legged Hawk 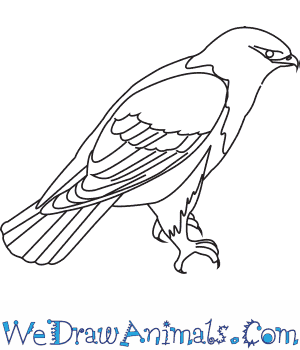 In this quick tutorial you'll learn how to draw a Rough Legged Hawk in 7 easy steps - great for kids and novice artists.

At the bottom you can read some interesting facts about the Rough Legged Hawk.

How to Draw a Rough Legged Hawk - Step-by-Step Tutorial 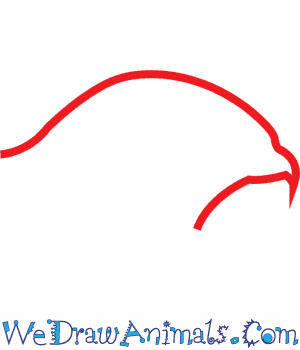 Step 1: Start by drawing the outline of the head and beak 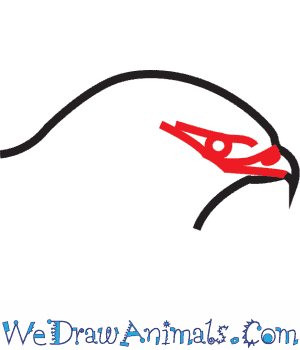 Step 2: Draw the face and the eye. Separate the beak with a line and draw a two sided traingle with a circle inside to create the eye 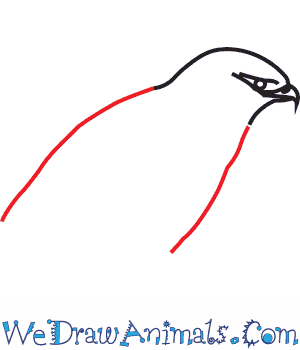 Step 3: Next, draw the body by making two slightly curved lines on each side of the neck 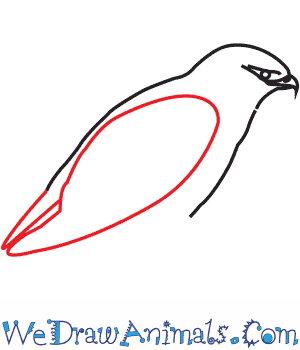 Step 4: Draw the bird's wing in the space of the body 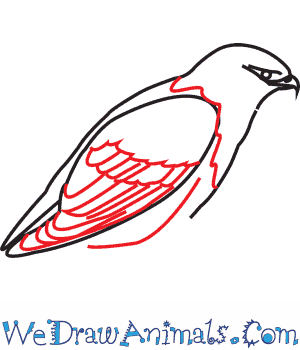 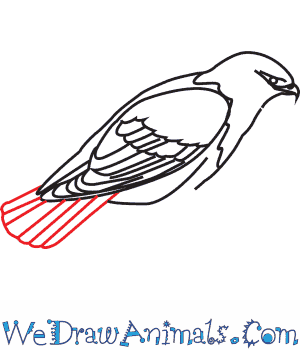 Step 6: Draw the tail by making clustered lines, connecting them at the ends 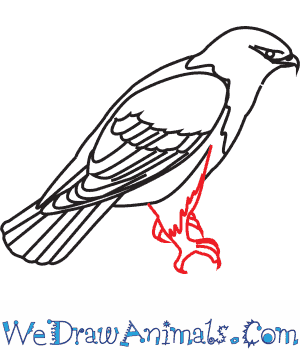 Step 7: Finish by drawing the legs and feet. Draw the legs with jagged lines to show feathers. Draw small lines coming out of each toe to make claws

Rough-Legged Hawks are called “Rough-Legged” because they have feathers on their legs… all the way to the toes! They are black and brown on top and white underneath. They like living in the frozen tundra up north. They are 14-24 inches long with a 4 foot wingspan. They are found most often in the most northern parts of Alaska and Canada. During winter they move down into the mainland United States. Like all hawks, Rough-Legged Hawks eat small animals like mice, rabbits, and smaller birds.

Activity: Draw a picture of the Rough-Legged Hawk. Distribute copies to each student. Set out art supplies like crayons, colored pencils, and markers. Let the child color their own hawk. When they finish write the child’s name in black marker. Staple the birds on a sky themed bulletin board for everyone to see. 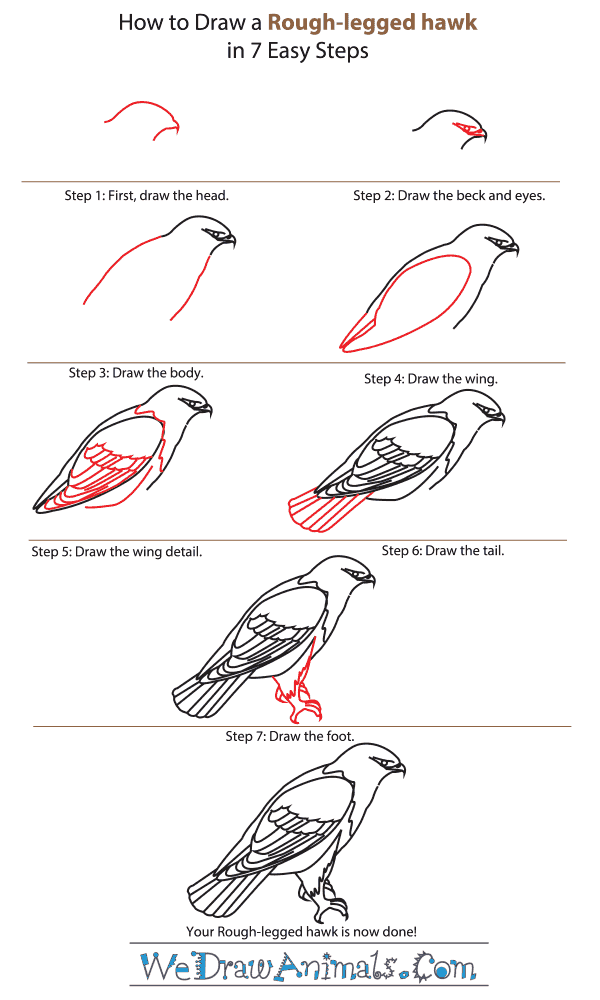 How to Draw a Rough-Legged Hawk – Step-by-Step Tutorial