How to Draw a Ruby-Crowned Kinglet 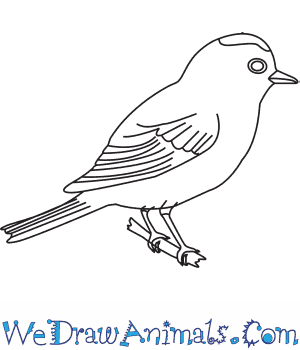 In this quick tutorial you'll learn how to draw a Ruby Crowned Kinglet in 7 easy steps - great for kids and novice artists.

At the bottom you can read some interesting facts about the Ruby Crowned Kinglet.

How to Draw a Ruby Crowned Kinglet - Step-by-Step Tutorial 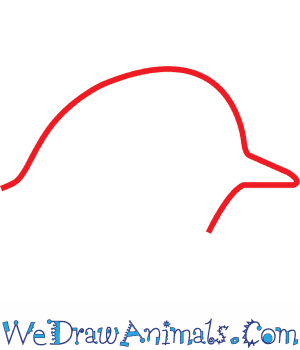 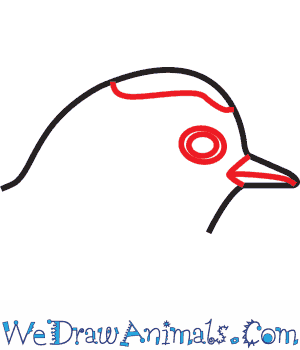 Step 2: Draw the crown, face, and eye. Make an uneven line across the top of the head for the crown, a cirlce with another cirlce inside for the eye and two lines to separate the beak and the beak parts 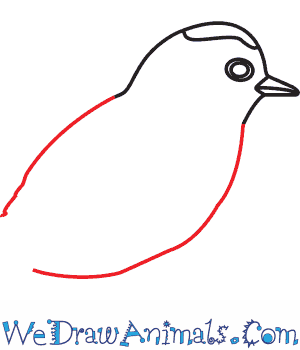 Step 3: Draw the body by making tow lines coming from each side of the neck 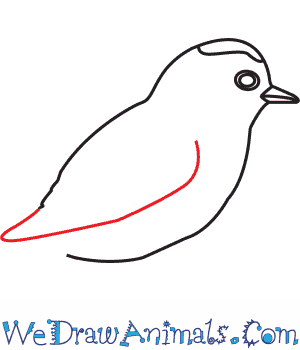 Step 4: Draw the bird's wing coming from the top line of the body and curving inward toward the neck 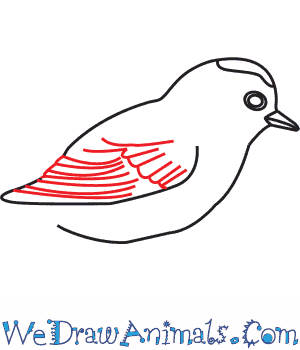 Step 5: Draw some lines on the wing to make feathers. Cluster the lines together. 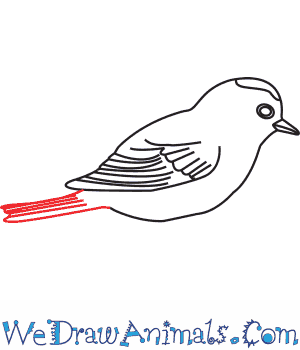 Step 6: Give the bird a tail by making long clustered lines 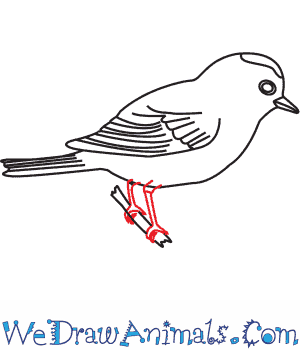 Step 7: Draw the legs and feet. Make skinny sticks for the legs and make the feet curved to show that they are grasping something

A Ruby-Crowned Kinglet is a small songbird that lives in the thick evergreen forests in North America. They live mostly in Canada, Alaska, and New England. They are 9-11 centimeters long and have a wingspan of 16-18 centimeters. They hunt in trees and shrubs to find berries, bugs, and tree sap. During breeding season Ruby-Crowned Kinglets stay together for 2 months. Then the chicks leave the nest and they go their separate ways.

Activity: The unique design of a Ruby-Crowned Kinglet can inspire a fun, but messy family craft. First collect balloons, flour, newspapers, paints, and water. Blow-up the balloons to the size you want to use. Mix the flour and water into a paste. Then shred the newspaper into strips and drip them into the paste. Lay the wet strip on the balloon, and then continue to lay strips on top of each other until the balloon is covered. Let the newspaper dry overnight. For a sturdier nest, repeat the first day’s layering. On day 3 the nest should be dry enough to paint. When the paint dries, pop the balloon with a pin. Fill the nest with trinkets, candy, or just hang up for decoration. 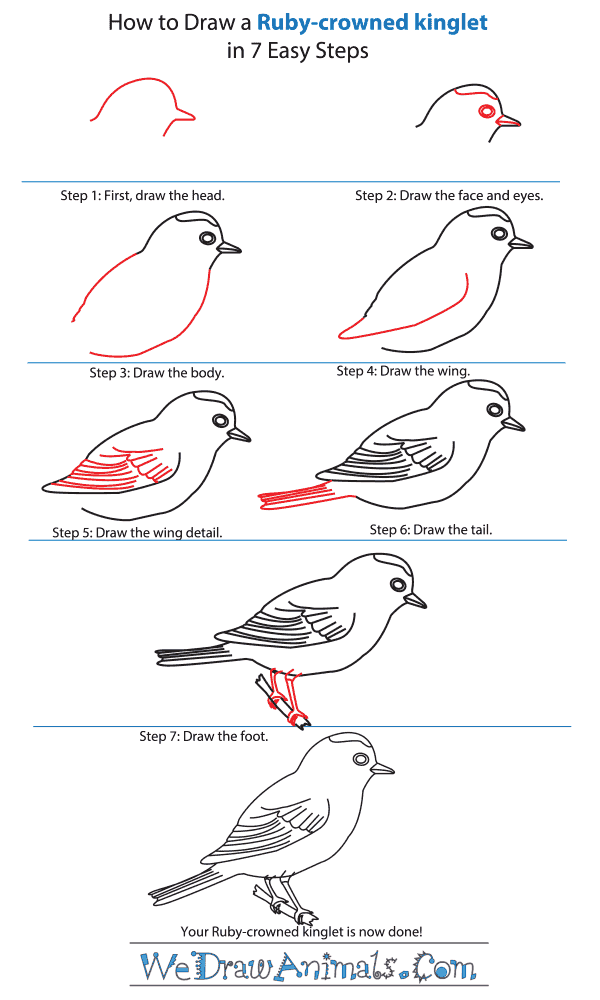 How to Draw a Ruby-Crowned Kinglet – Step-by-Step Tutorial