How to Draw a Ruby-Throated Hummingbird 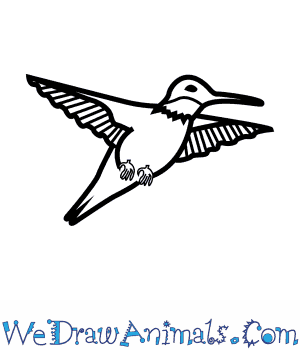 In this quick tutorial you'll learn how to draw a Ruby Throated Hummingbird in 7 easy steps - great for kids and novice artists.

At the bottom you can read some interesting facts about the Ruby Throated Hummingbird.

How to Draw a Ruby Throated Hummingbird - Step-by-Step Tutorial 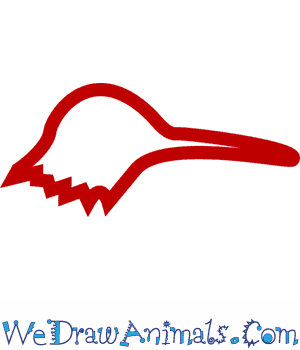 Step 1: Draw the head, which is a dome shape like other small birds, but with a long, narrow beak unlike most. The bottom of the head should be jagged to show the tuft of feathers where the neck meets the body. 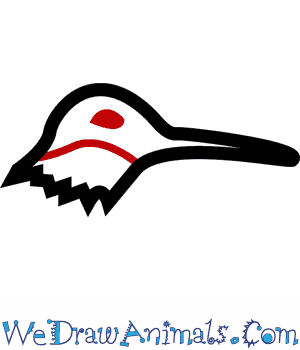 Step 2: Add the face by drawing a large circle for the eye and a curved line below the beak to show the hummingbird’s plumage. 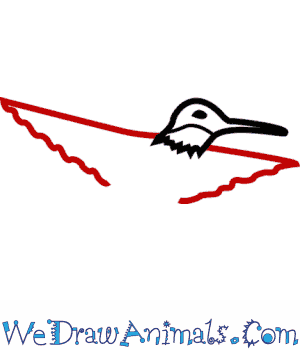 Step 3: Draw the wings. You can imagine a triangle with the longest side going across the body of the bird, with the smaller sides drawn as wavy lines to look like the ends of the wing feathers. Hummingbirds beat their wings much faster than other birds and have distinct wings designed for this. 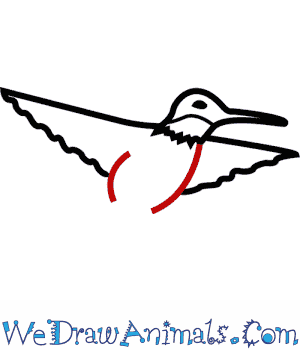 Step 4: Draw the body using two bowed lines, with one from the neck down past the wing, and another shorter one for the back, past the wing. 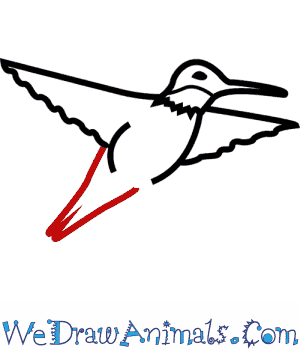 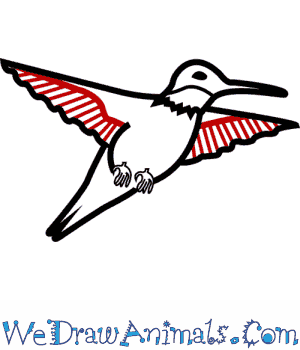 Step 6: Draw a series of lines on both wings to show the feathers. 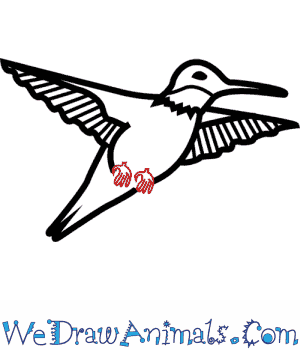 Step 7: Finally, draw the feet, which are small and at the end of very short legs.

Interesting Facts about the Ruby-throated hummingbird

The ruby-throated hummingbird is a type of hummingbird that can be found in eastern America or south America depending on migration patterns. Most commonly these birds can be found near the Mississippi river. As the name of this bird states, the male RT hummingbird has a beautiful, vibrant color that covers the whole throat area, made even more striking by the contrast of its black face and chin. The female, which is larger than the male, have a white chin and throat. 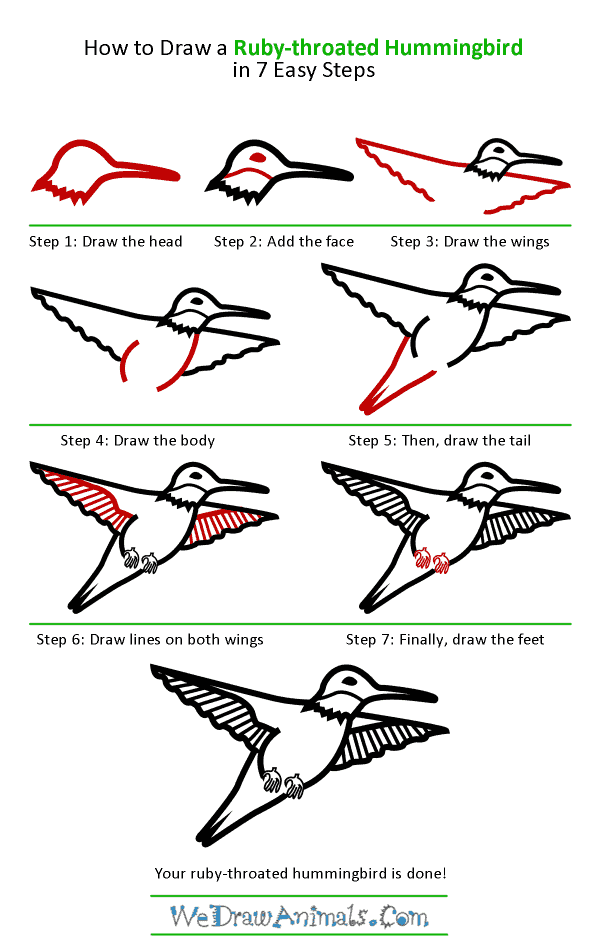 How to Draw a Ruby-Throated Hummingbird – Step-by-Step Tutorial

Next post: How to Draw a Sand Tiger Shark