How to Draw a Sand Tiger Shark 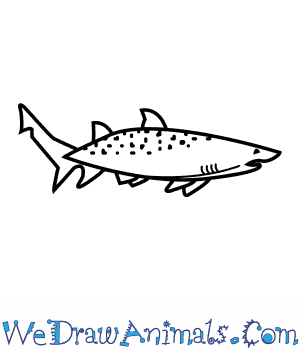 In this quick tutorial you'll learn how to draw a Sand Tiger Shark in 5 easy steps - great for kids and novice artists.

At the bottom you can read some interesting facts about the Sand Tiger Shark.

How to Draw a Sand Tiger Shark - Step-by-Step Tutorial Step 1: Draw the outline of the body as a long, flat oval with pointed edges and a notch at the end for the mouth. The sand tiger shark is known for its flat, bulky body and is not related to tiger sharks despite its name. 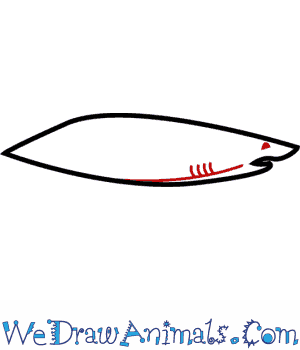 Step 2: Add the eye as a small dot about the mouth and the gill with four diagonal lines behind the head on the body. Draw a line just under the gill leading to the back of the body to show the underside of the shark, which is colored differently than the top of the body. 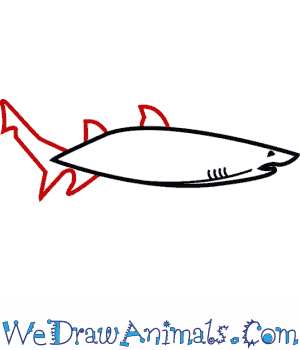 Step 3: Draw the tail and upper fins. These will be sharp and angular triangles on the shark’s back. The tail fin is much higher and longer than those on the body. 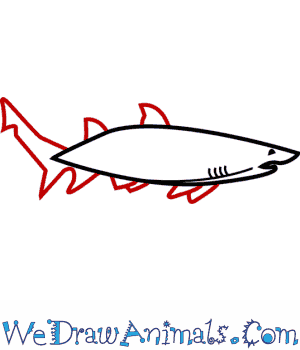 Step 4: Draw the lower fins, with two pairs of triangles on the underside of the sand tiger shark. 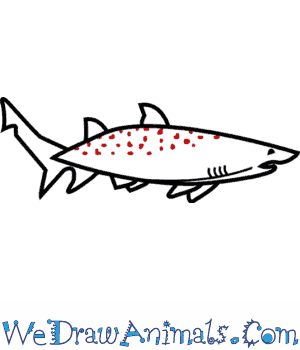 Step 5: Add spots on the body. These are large red spots you can see on all sand tiger sharks.

The sand tiger shark is a type of shark that can be found in many subtropical and tropical oceans except for the eastern Pacific Ocean. This shark is one of the most studied types of sharks. These sharks are often found near caves and ledges during the day while floating only slightly above the surface with a small group or alone. 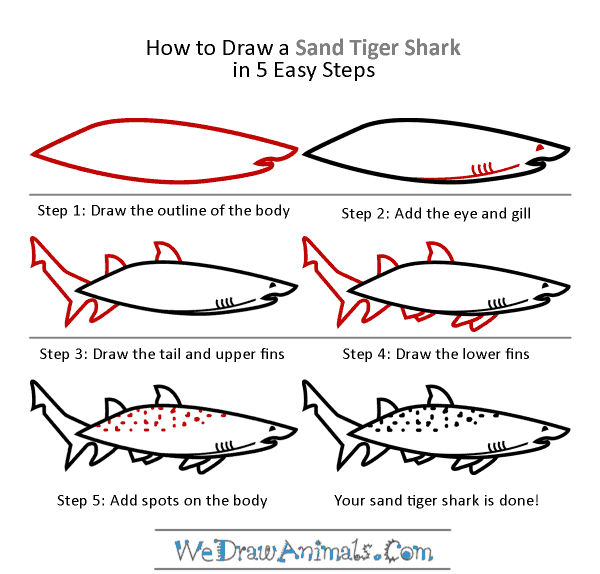 How to Draw a Sand Tiger Shark – Step-by-Step Tutorial