How to Draw a Sea Star 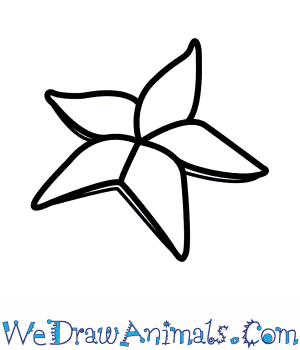 In this quick tutorial you'll learn how to draw a Sea Star in 5 easy steps - great for kids and novice artists.

At the bottom you can read some interesting facts about the Sea Star.

How to Draw a Sea Star - Step-by-Step Tutorial 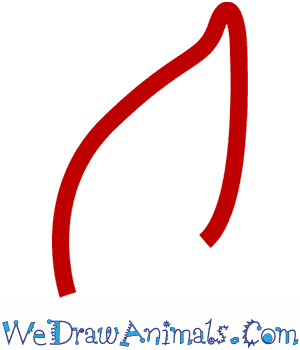 Step 1: Draw one arm first. Think of a flower pedal, or a flame, that starts curved and comes to a narrow point. 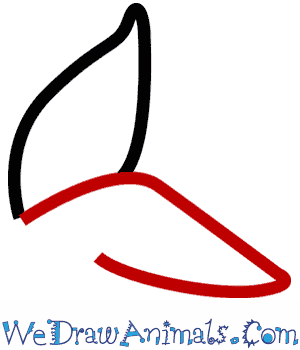 Step 2: Then the second arm, which will be just like the first but turned at an angle. 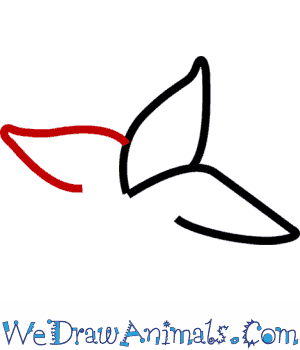 Step 3: Then draw the third arm, just like the other two, but facing away from the second. 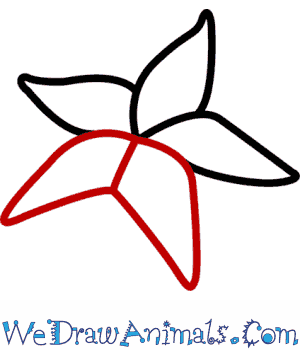 Step 4: Draw the fourth and fifth arms, which are easier to draw together. Try using a boomerang shape and keep all the ends of the arms even in the center. 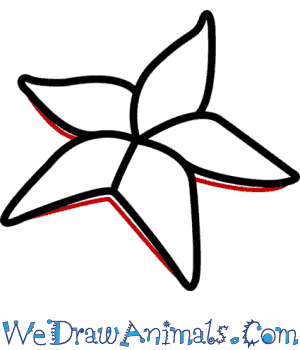 Step 5: Add the lines below the arms. These will show a small bit of the body below the top that we can see. We will only be able to see some of the four arms facing us, but not the top.

Interesting Facts about the Sea star

Sea stars, also commonly known as starfish, are a type of echinoderm that can be found living all around in the world’s oceans. The common name of starfish is trying to be replaced to sea star by marine scientists because the sea star is not actually a fish, like the name starfish implies. These creatures are more closely related to sea urchins and sand dollars 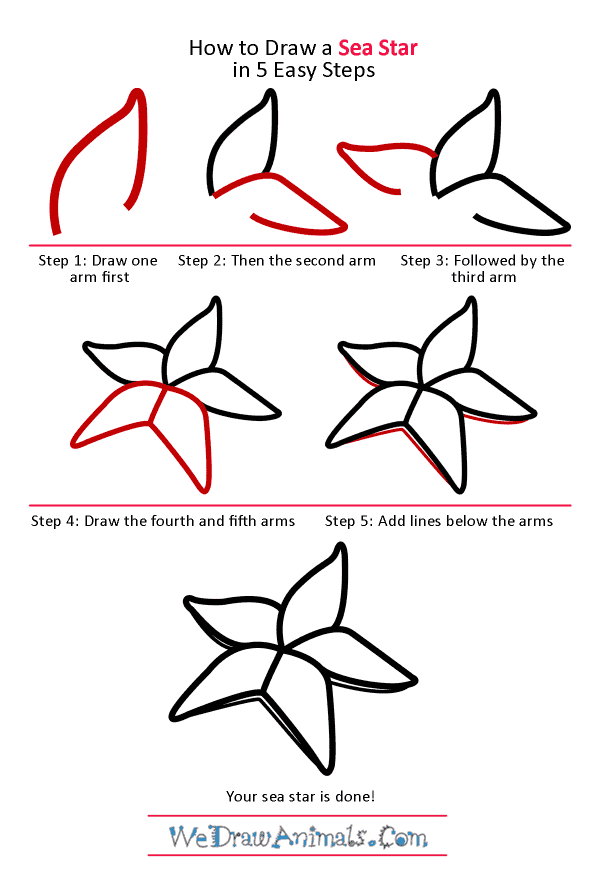 How to Draw a Sea Star – Step-by-Step Tutorial

Previous post: How to Draw a Sand Tiger Shark