How to Draw a Tawny Owl 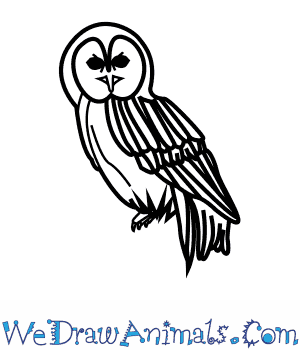 In this quick tutorial you'll learn how to draw a Tawny Owl in 9 easy steps - great for kids and novice artists.

At the bottom you can read some interesting facts about the Tawny Owl.

How to Draw a Tawny Owl - Step-by-Step Tutorial 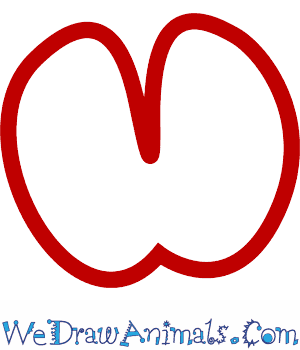 Step 1: Draw the shape of the face. Think of a fruit like a peach or apple cut in half. 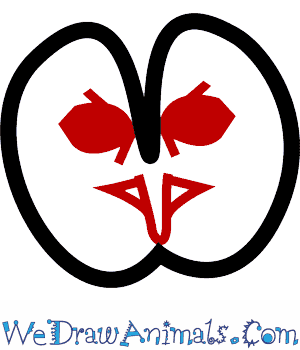 Step 2: Add the eyes and the beak. Owls’ eyes are very large and will go right in the middle of the face, while the beak can be drawn using two triangles pointing outward from a V-shape down the middle. 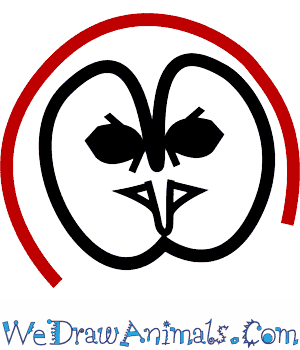 Step 3: Draw the head with a circular line around the face. 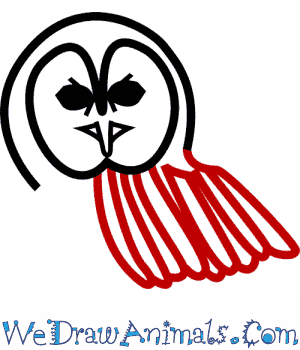 Step 4: Draw the first layer of feathers, using a series of finger-shapes that would cover the top half of the owl’s body. 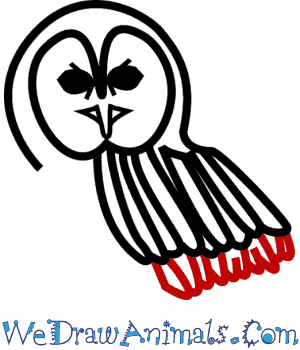 Step 5: Draw another small layer of feathers, which will be a lot like the shapes above them but with only the very ends poking out. 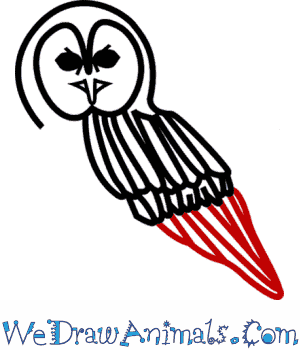 Step 6: Add another layer of wing, longer than the second layer and forming a triangle shape. 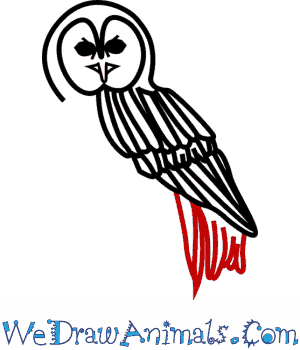 Step 7: Then draw the last layer of the wing feathers. This layer will taper away from the other wings, pointing down and coming to a point. 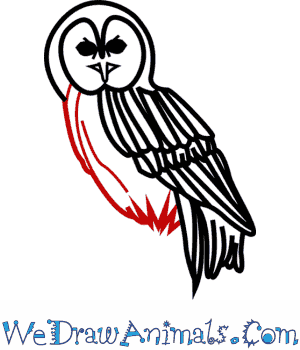 Step 8: Draw the body, filling in what isn’t covered by the wings on the back. Use a bowed line from the bottom of the head to a tuft of feathers by the tail and bottom of the wing. 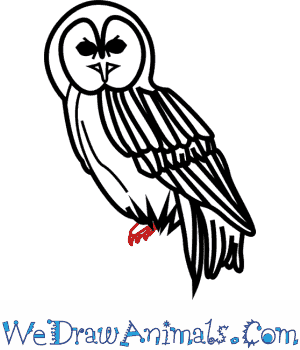 Step 9: Finally, draw the feet, with small but sharp nails.

Interesting Facts about the Tawny owl

How to Draw a Tawny Owl – Step-by-Step Tutorial