How to Draw a Ruff 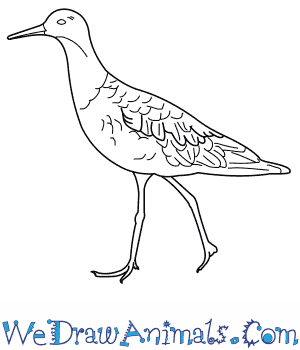 In this quick tutorial you'll learn how to draw a Ruff in 8 easy steps - great for kids and novice artists.

At the bottom you can read some interesting facts about the Ruff.

How to Draw a Ruff - Step-by-Step Tutorial 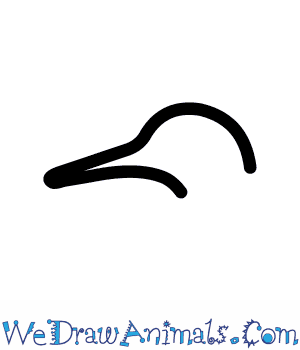 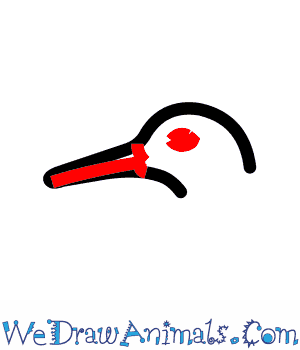 Step 2: Fill in the beak and make a small dot for the eye 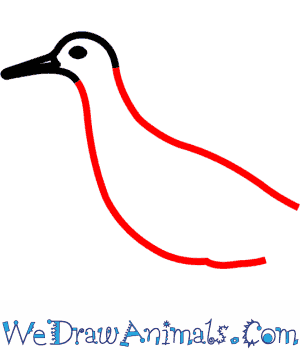 Step 3: Next, draw the body by making two curved lines coming from each side of the neck 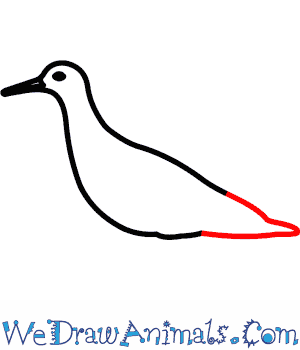 Step 4: Draw the bird's tail connecting the two lines with a traingular shape 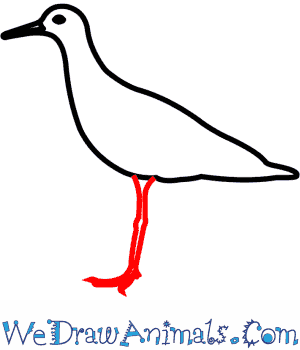 Step 5: Draw the first leg and foot. The leg is long and has a bumpy shape 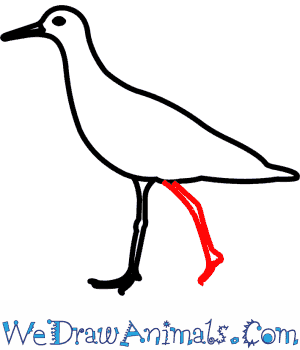 Step 6: Now, draw the other leg and foot behind it. Point it in a backward direction to make it look like the bird is walking 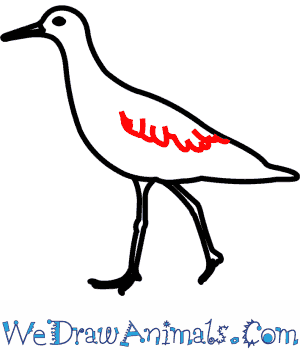 Step 7: Draw the wings on the body with some arched squiggly lines 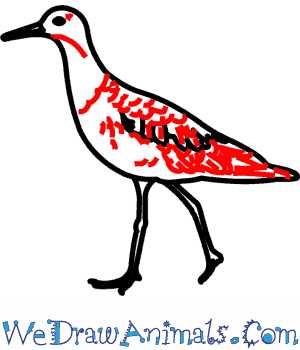 Step 8: Last, draw some lines all over the body to make the feather pattern. Copy the image exactly

Interesting Facts about the RUFF

The Ruff is a member of the bird family and the scientific term for them is Philomachus pugnax. The proper name comes from a term created in 1465 called Ree, which meant “frenzied” and then modified to the word Reeve, because feudal officers were titled Shire-Reeve and wore flamboyant plumage called Ruff in 1634. This 16th Century collar is what the neck of this bird species look like.

This species has a small head and pot belly for an abdomen and are yellowish orange with white stripes. They wade in the water of colder climates, looking for fish and amphibians to eat. The females are smaller than the males, and only breed for about 1 month of the year. There is not many of these creatures, but they are the least concern for a possibility of extinction. 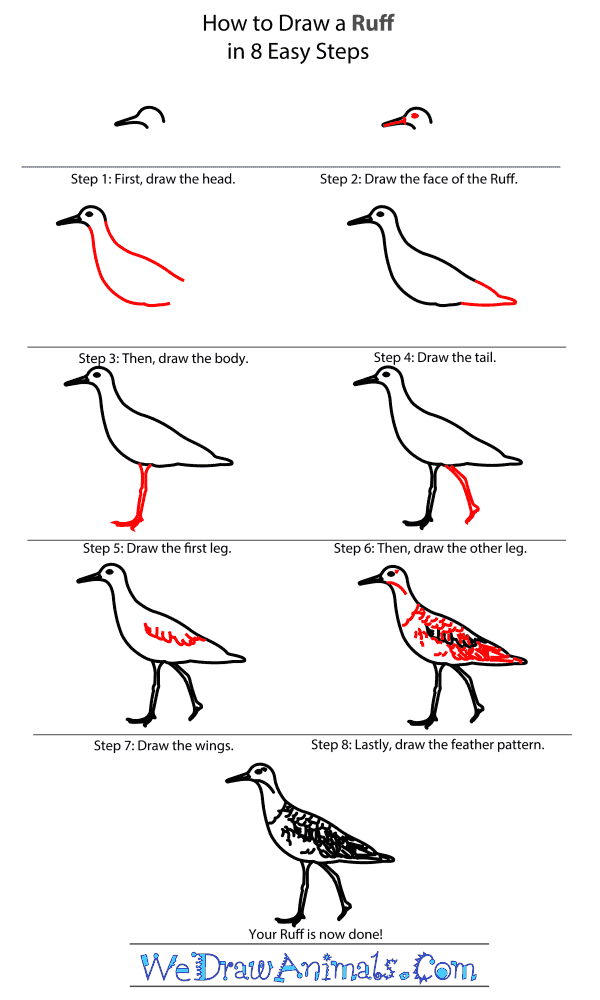 How to Draw a Ruff – Step-By-Step Tutorial