How to Draw a Rufous Hummingbird 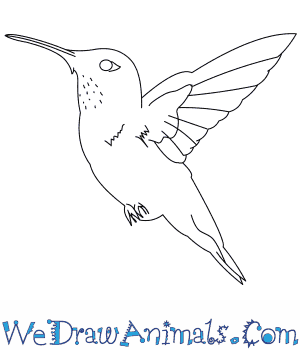 In this quick tutorial you'll learn how to draw a Rufous Hummingbird in 7 easy steps - great for kids and novice artists.

At the bottom you can read some interesting facts about the Rufous Hummingbird.

How to Draw a Rufous Hummingbird - Step-by-Step Tutorial 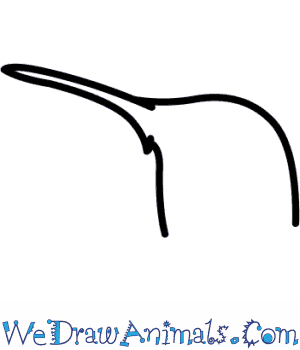 Step 1: First draw the head. It looks like an upside down "U" shape. At the top left curve draw a long thin and pointy beak. 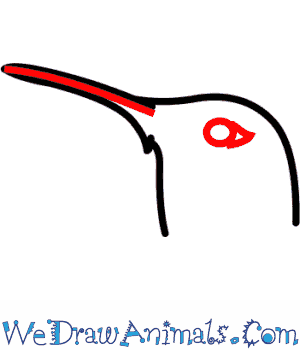 Step 2: Draw the mouth line inside the beak. At the end of this line draw a round eye. 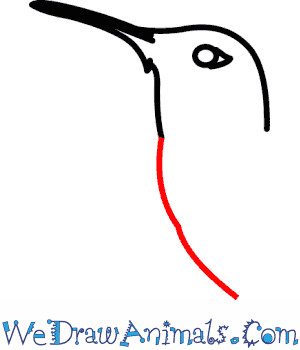 Step 3: Under the left head line draw a short line down and curve it slightly to the right. 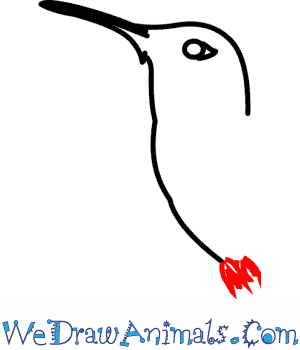 Step 4: At the end of that line draw the feet. They look like several jagged short lines. 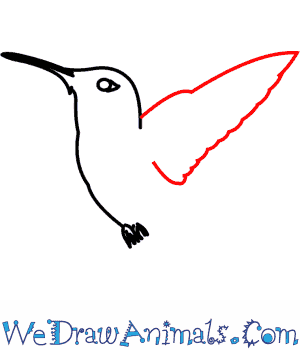 Step 5: Starting at the bottom of the right head line draw the wing line upwards on an angle to the right. At the very top bend the line sharply back and down to the left. Make this line very bumpy. 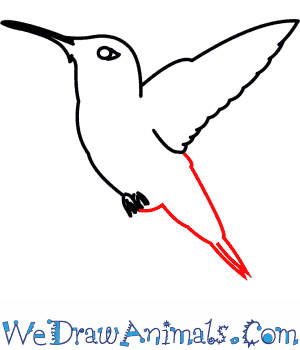 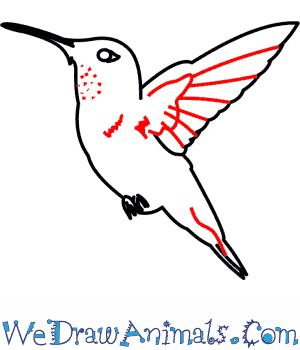 Step 7: Finally add the body markings. Add long lines to the wing. There are several dots just under the beak.

Interesting Facts about the RUFOUS HUMMINGBIRD

The Rufous Hummingbird is a member of the bird group and the scientific term for them is Selasphorus rufus. This species gets their name because it is a brownish orange color. It also has an iridescent glow on the face. These animals live farther north than any other hummingbird, reaching latitudes into Alaska. In the Winter they migrate to Mexico for warmth, but they can survive very low temperatures by the assistance of humans providing artificial feeders. In nature, they gain energy by drinking the sugary nectar of flowers with their long tongue.

The males are very aggressive, assailing birds of other species’ to conserve their food source, protecting their females against rival males, and even fighting the female for their presumed right to mate. As a result of their extremely small size, they are vulnerable to consumption by other birds that are looking for large insects to eat. These animals have a low population amount, but are considered to be the least concern for the possibility of extinction. 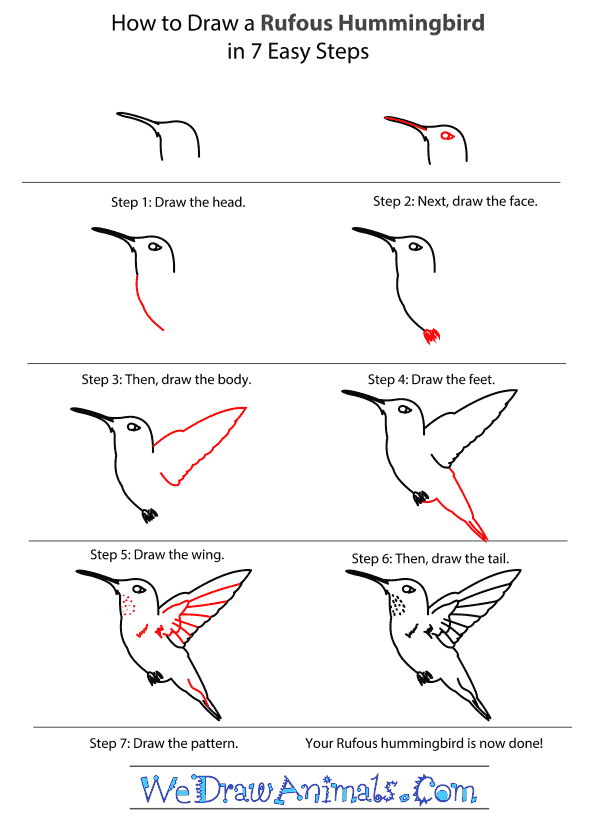 How to Draw a Rufous Hummingbird – Step-by-Step Tutorial