How to Draw a Spiny Lobster 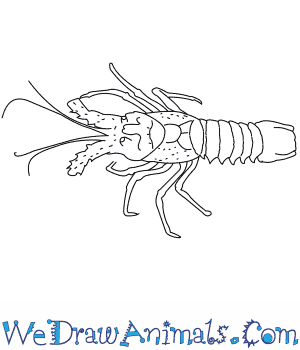 In this quick tutorial you'll learn how to draw a Spiny Lobster in 9 easy steps - great for kids and novice artists.

At the bottom you can read some interesting facts about the Spiny Lobster.

How to Draw a Spiny Lobster - Step-by-Step Tutorial 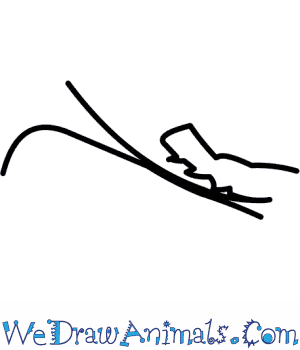 Step 1: Start by drawing the right antenna. They are two single lines that come together like a sideways "V". Bend the end of the one antenna. On top of the two lines draw a jagged rectangle shape. 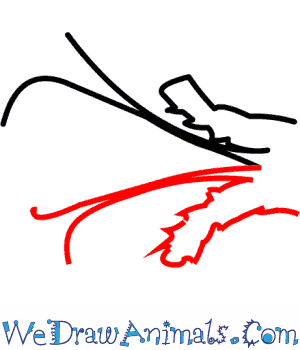 Step 2: Draw the left antenna. It is another two thin lines in a long "V" shape. On the bottom of the left antenna draw another jagged rectangle shape and curve it back to the right. 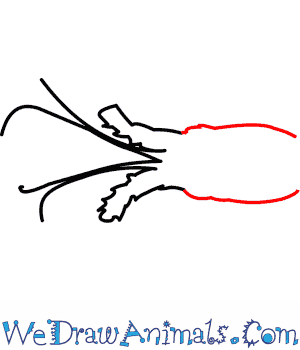 Step 3: Starting at the top of the antenna line draw a short curved line back. Draw another line from the bottom antenna curve it back and up. 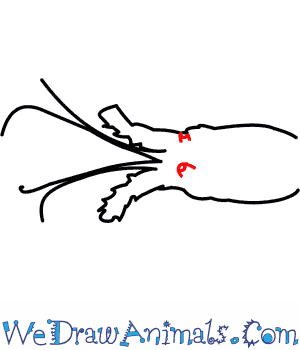 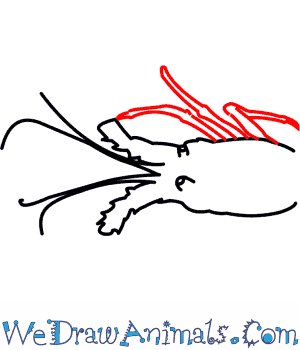 Step 5: Along the top of the head line draw three long thin legs. The front leg curves into a point to the left. The middle leg runs on an angle to the left. The back leg starts pointing left but then bends sharply to the right where it ends in a point. 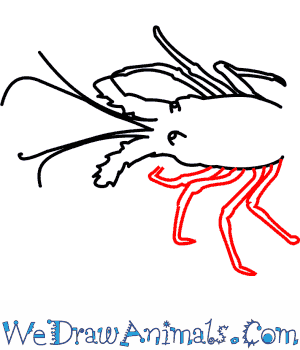 Step 6: On the bottom of the head line draw four thin legs. The front leg curves to the left. The other three legs start by angling to the left but they all bend sharply to the left and end in points. 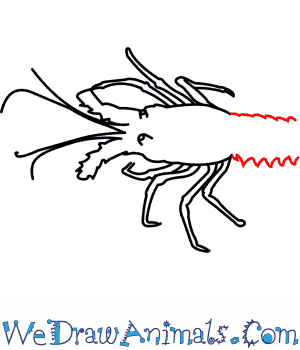 Step 7: From the back of the two head lines continue two more lines back to make the body. The lines are bumpy. 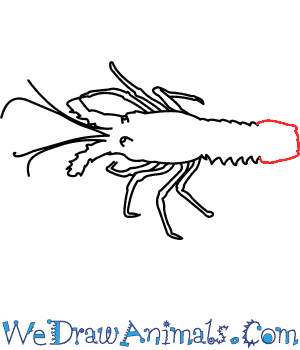 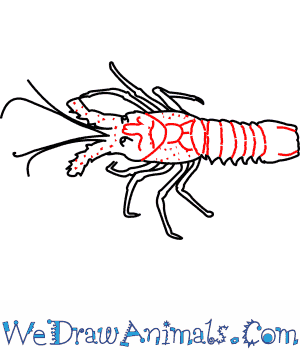 Step 9: Finally draw the body patterns. There are several lines that cross the body. Draw several dots along the antenna and the head. Draw some curved lines along the head.

Interesting Facts about the SPINY LOBSTER

They are greenish brown, but possess a long spine above each eye. After mating season, the female carries her eggs for up to several weeks, before they hatch into independent creatures. Before storm season they leave the protection of their homes, and march in groups to hundreds of individuals for migration. Bermuda makes about as much money collecting and selling this animal, as Florida does with shrimp, although there are laws that specify as to which methods are legal. 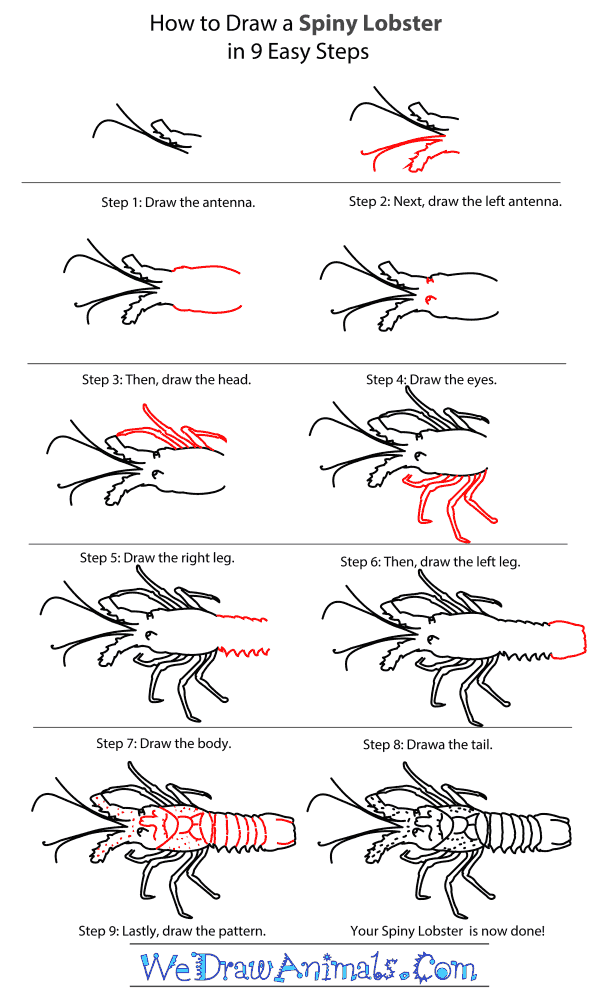 How to Draw a Spiny Lobster – Step-by-Step Tutorial