How to Draw a Tufted Deer 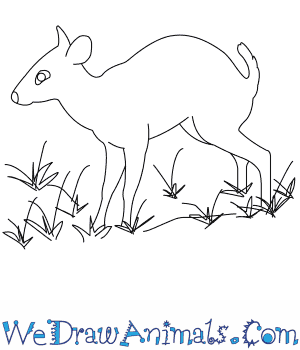 In this quick tutorial you'll learn how to draw a Tufted Deer in 9 easy steps - great for kids and novice artists.

At the bottom you can read some interesting facts about the Tufted Deer.

How to Draw a Tufted Deer - Step-by-Step Tutorial 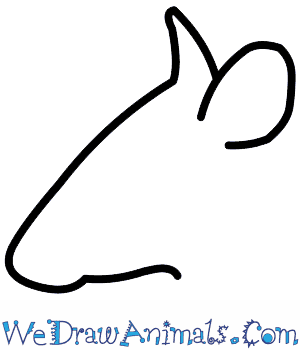 Step 1: First draw the head. The snout is a crooked "U" shape. There are two ears at the top of the "U". The first one is a sharp triangle and the second ear is round. 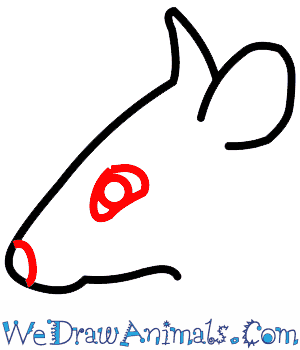 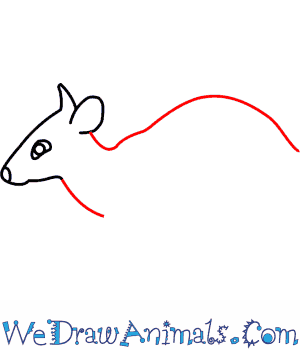 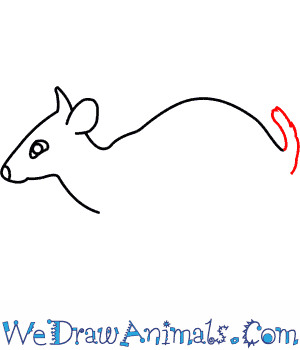 Step 4: At the end of the rump line draw a short curvy line up. Bend it sharply back down and curve it down. 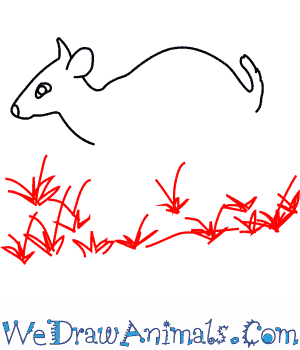 Step 5: Beneat the body line draw several tufts of grass. They are bunches of curved lines of different lengths. 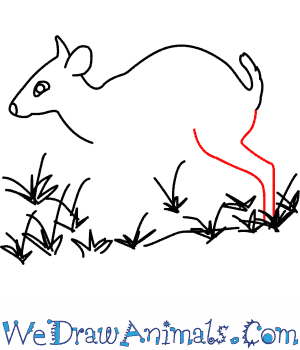 Step 6: From the bottom of the tail line draw the rump down into the hind leg. The top angles down to the right and then bends straight down into the grass. There is another line coming back up making a thin bottom leg. The second line curves up and to the left. 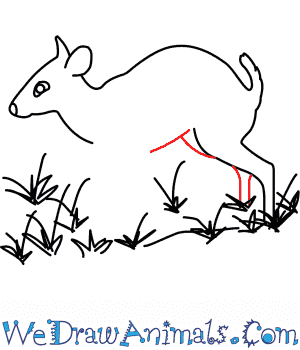 Step 7: Under the hind leg curve draw two more lines to make the bottom of the thin second hind leg. There is also a belly line that starts at the top of the hind leg line. 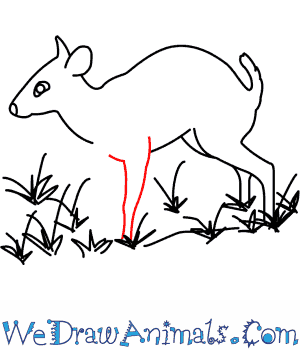 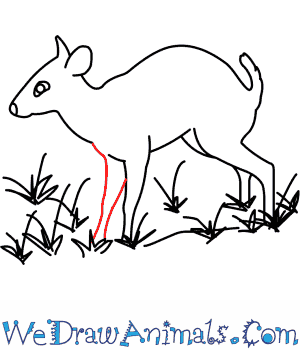 Interesting Facts about the TUFTED DEER

The Tufted Deer is a member of the mammal group and the scientific term for them is Elaphodus cephalophus. This species derives its name from the long and condensed portion of hair on the top of its forehead; the antlers are usually hidden within it. Even more profound, are the long fangs that protrude from their mouth. This creature changes color depending on which season it is, from grey, black, or brown, of its short and course fur. The ears and lips are white.

This species is usually found solitary or with a mate, and the male vigorously defends his territory, not straying far from his home area. The deer are very shy, and so they do not survive well in the presence of humans, especially in captivity. They live in the Asian forested mountains, mainly of China. These animals have a low population amount, and are considered to be near threatened for the possibility of extinction. 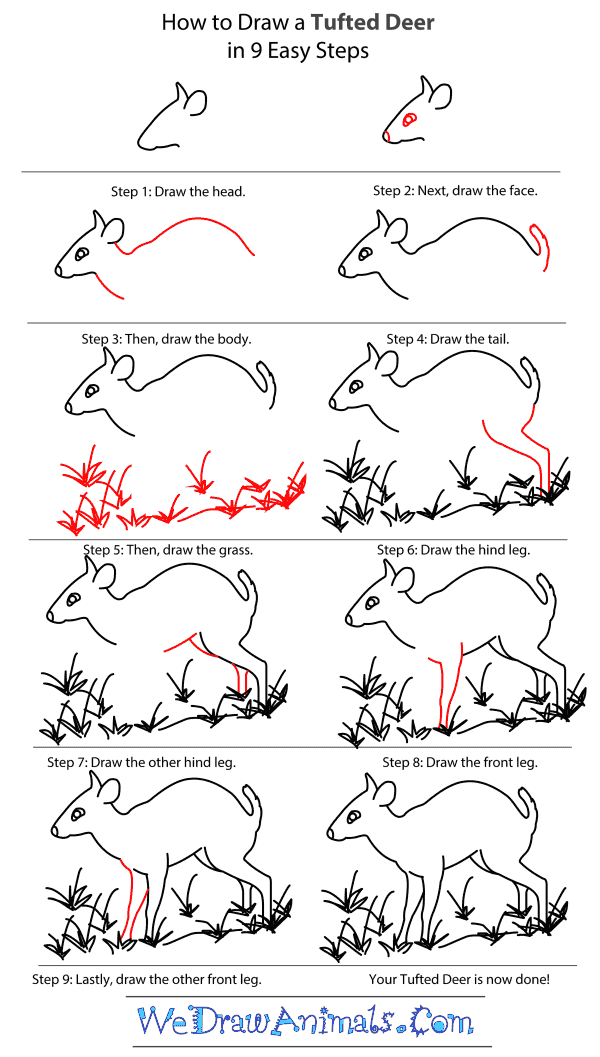 How to Draw a Tufted Deer – Step-by-Step Tutorial