How to Draw a Sable 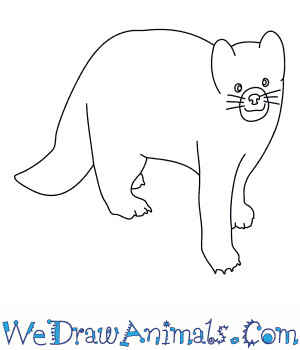 In this quick tutorial you'll learn how to draw a Sable in 8 easy steps - great for kids and novice artists.

At the bottom you can read some interesting facts about the Sable.

How to Draw a Sable - Step-by-Step Tutorial 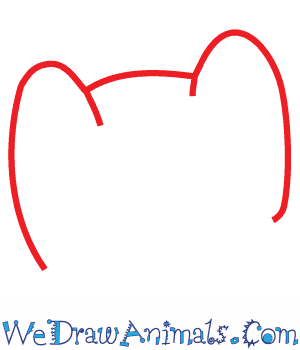 Step 1: How to draw a Sable in a few short steps! This is a cute mammal known to live in Asian countries. Start by drawing two little bumps for the ears and a curved line in between for the top of the head. 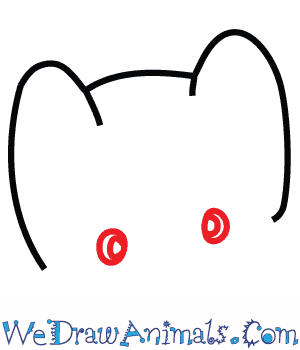 Step 2: Add two small circles for the eyes. Next, add a few smaller circles inside of those for the pupils of the eyes. 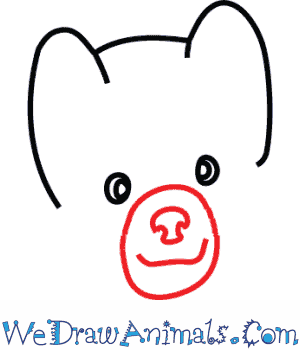 Step 3: For the nose, draw a circle underneath the eyes. Inside of that, draw a small nose shape with a line for the mouth that comes up on both ends…like a smile! 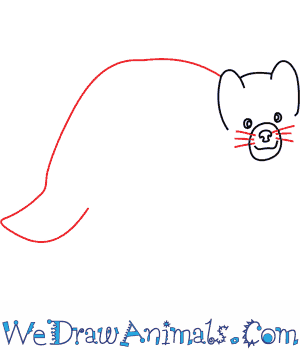 Step 4: Add the whiskers by making three small lines on each side of the nose. Now, draw a long curved line for the back of the Sable. Also, add a soft point for the tail at the far back. 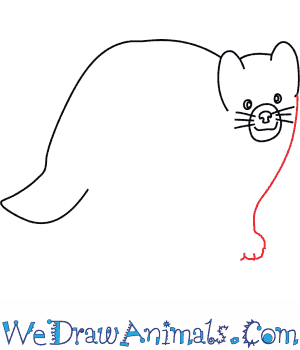 Step 5: Now for the front foot, Bring a smooth curved line down the right side and add a few toes at the bottom. 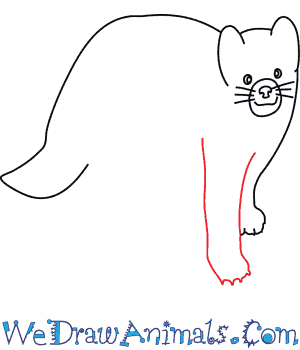 Step 6: Add the second front leg just in front of the first one. 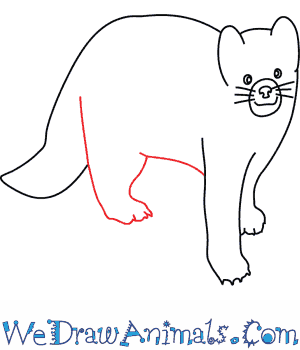 Step 7: Now, add a curved line for the belly and add in the first hind leg. To make it easier, draw a straight line down just where the tail starts, and bend it at the bottom for the foot. 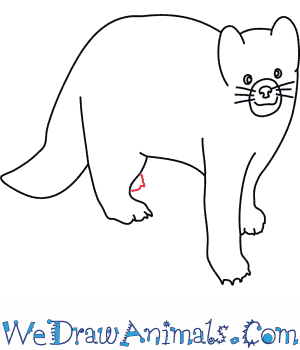 Step 8: Add the small little foot behind the first hind leg for the last leg. Color the Sable a light brown!

Interesting Facts about the Sable

The sable is a cute species of marten that can be found in forests mostly in Russia and even parts of China, Korea, and Japan. These animals sadly, are well known because of their fur that is considered a very valuable good.

How to Draw a Sable – Step-By-Step Tutorial