How to Draw a Sea Lamprey 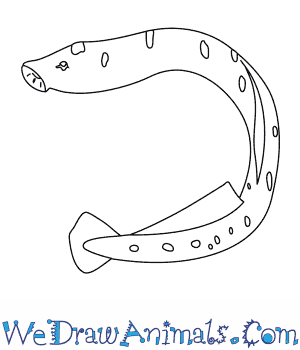 In this quick tutorial you'll learn how to draw a Sea Lamprey in 6 easy steps - great for kids and novice artists.

At the bottom you can read some interesting facts about the Sea Lamprey.

How to Draw a Sea Lamprey - Step-by-Step Tutorial 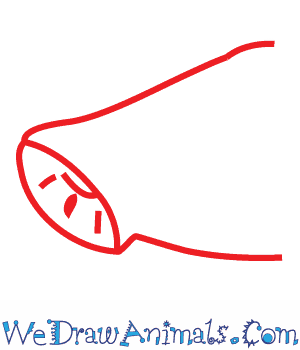 Step 1: Let's begin drawing the Lamprey by drawing the head and mouth. Lamprey's don’t have any jaw, only a round mouth with many circular rows of teeth. Now draw an oval shape with another small circle inside and a few short t lines for the teeth. Now, draw a simple curved line for the top of the head and another shorter arc down below for the neck. 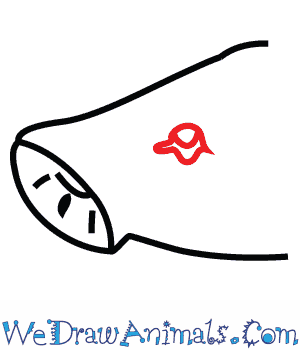 Step 2: Add the eye by making a very small circle. Under that, Draw a small 'w' shape for the bottom eyelid. 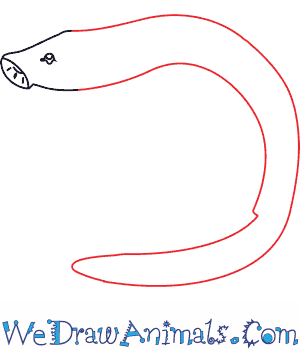 Step 3: Now draw two curved lines around like a backwards 'C' for the body. Sea Lampreys have bodies very similar in shape to eels, long and smooth. End the body with the pointy tail. 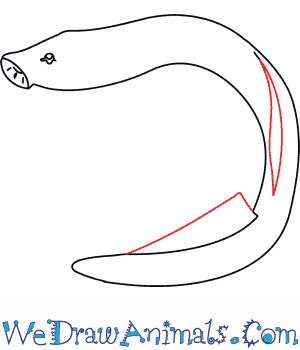 Step 4: Now add the fins by drawing two long triangles along the back that curve down towards the tail. 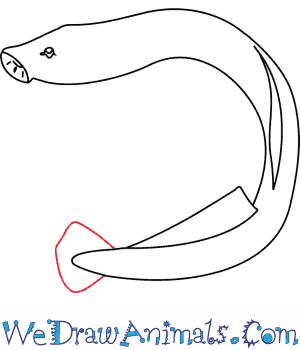 Step 5: To draw the small tail fin, create a triangle shape that is rounded at the corners. 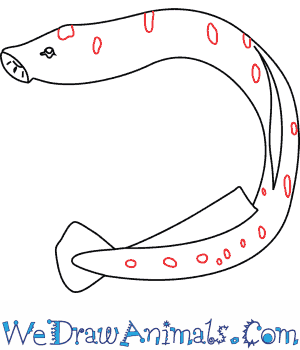 Step 6: Next, add small ovals throughout the body for the pattern of the Lamprey. These sea creatures are usually greenish gray on its back and have reddish eyes.

Interesting Facts about the Sea lamprey

The sea lamprey is one of most primitive vertebrate that is still alive today and can be found in many United Kingdom rivers as well as near the coastal areas of the Atlantic of western and northern Europe, along with some eastern parts of North America.

How to Draw a Sea Lamprey – Step-By-Step Tutorial