How to Draw a Salmon 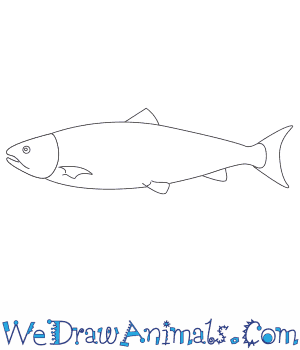 In this quick tutorial you'll learn how to draw a Salmon in 5 easy steps - great for kids and novice artists.

At the bottom you can read some interesting facts about the Salmon.

How to Draw a Salmon - Step-by-Step Tutorial 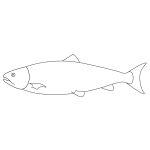 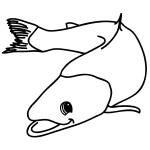 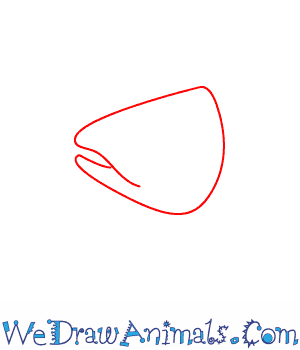 Step 1: Your first step to drawing a salmon is the head. Draw a triangle shape with a space taken out for the mouth. 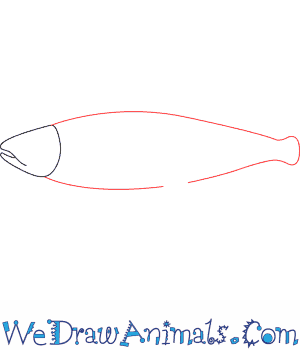 Step 2: Now draw the salmon's body. Draw two long, curved lines with a triangle shape for the tail. Leave a small space at the bottom for the fin. 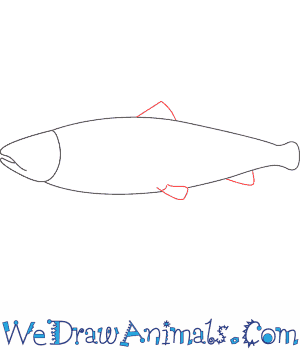 Step 3: For your next step, add the fins. Draw two small triangles on the bottom and one on the top. These fins help salmon to swim upstream, which means the opposite direction the water flows. 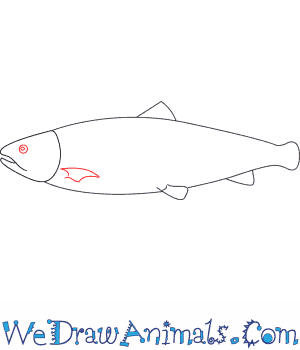 Step 4: Now draw the eye. Draw a small circle with a larger circle outside of it. Also draw the side fin, which is small and close to the front of the salmon's body. 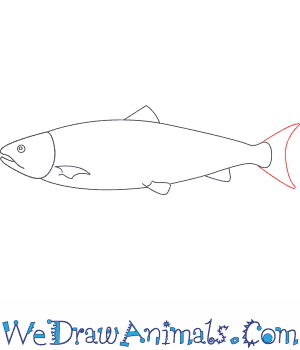 Step 5: Your last step is to draw the salmon's tail. Draw two diagonal lines going away from the body, and a curved line to connect them together. Your salmon is now done!

Salmon are fish that are related to trout. They live in the northern Pacific and Atlantic oceans, on the east and west coasts of North America. Salmon are also found in lakes. The color of salmon varies depending on the species. Some have red stripes or black spots, and some are silvery blue in color. Most species are one color in freshwater, and change colors when they move to saltwater.

Most salmon are born in freshwater habitats, such as rivers and lakes. They then move to saltwater habitats, like the ocean, and live there for most of their lives. They return to freshwater to reproduce. They usually return to the same body of water where they were born. 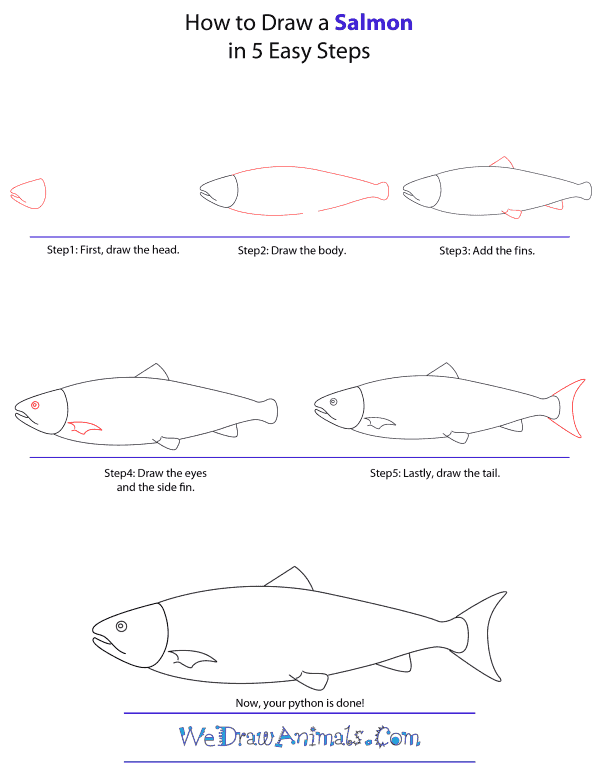 How To Draw A Salmon – Step-by-Step Tutorial