How to Draw a Shag 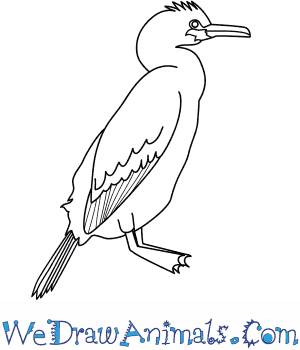 In this quick tutorial you'll learn how to draw a Shag in 8 easy steps - great for kids and novice artists.

At the bottom you can read some interesting facts about the Shag.

How to Draw a Shag - Step-by-Step Tutorial 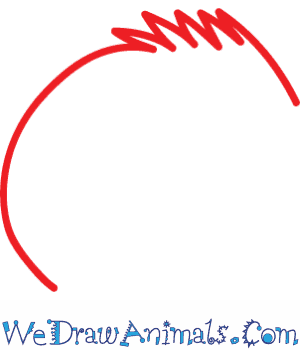 Step 1: To start drawing your Shag, create the head using a curved line and adding 5 or 6 points to the top of the head. 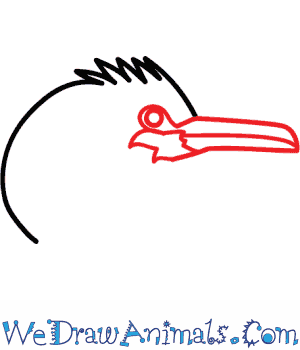 Step 2: Next you will want to draw the face of your Shag. Draw an elongated semi circle with a line through it to represent the beak. Next draw the eye by drawing a small circle inside of a larger circle. Use angled lines to create the pattern below the eye. 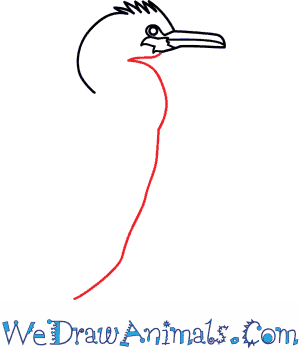 Step 3: Now you will want to draw the Shag's body. Draw two curved lines that meet and come out from the head and then down the length of the body. 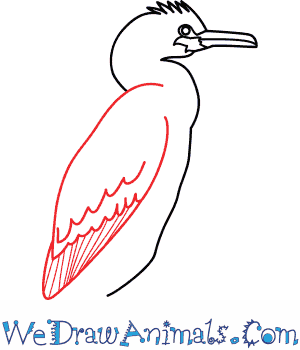 Step 4: The next step is to draw the wing. To create the wing, draw two opposite curved lines that join together at the bottom of the wing. Add two wavy lines on the inside of the wing to form the top of the pattern. Then draw several straight lines next to each other to form the lower pattern of the wing as shown above. 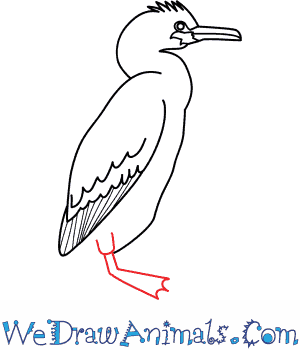 Step 5: Now draw the leg. Use angled lines to create the leg and the foot, connecting the two edges of the foot with to arced lines. 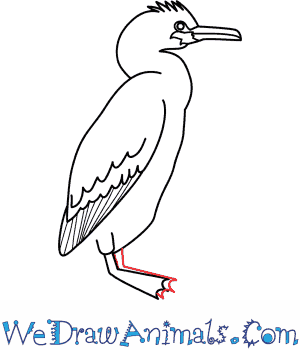 Step 6: Draw the other leg by drawing an angled line and curved line to create a partial foot behind the first. 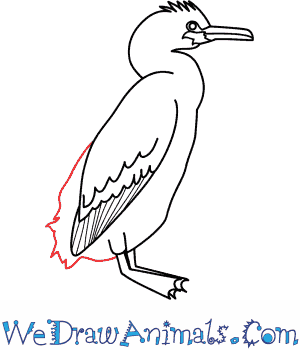 Step 7: The next step is to draw the back. To create the back draw a jagged curved line coming from the bottom of the body to just above the wing. 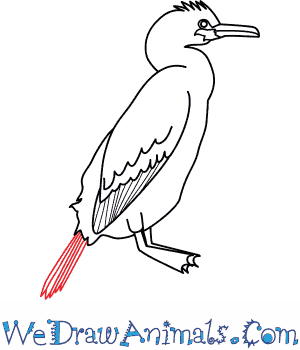 Step 8: The final step is to draw the tail. You can draw the tail by drawing six long stick shapes stacked on top of each other. You have now drawn a Shag.

Interesting Facts about the SHAG

The Shag is a member of the bird family and the scientific term for them is Phalacrocorax aristotelis. This animal was originally named by the British. Other common names for this species are European Shag and Common Shag. They are related to the cormorant family, which is indistinguishable from their own species. It’s a seabird that breeds on coasts in Europe, southwest Asia, and northern Africa.

They’re a medium to large bird that has a black body and yellow throat. Most cormorant members cannot dive as deep as they do. Most of their food is found on the ocean floor, consisting of fish and eels. There are not many of these creatures, but they’re the least concern for a possibility of extinction. 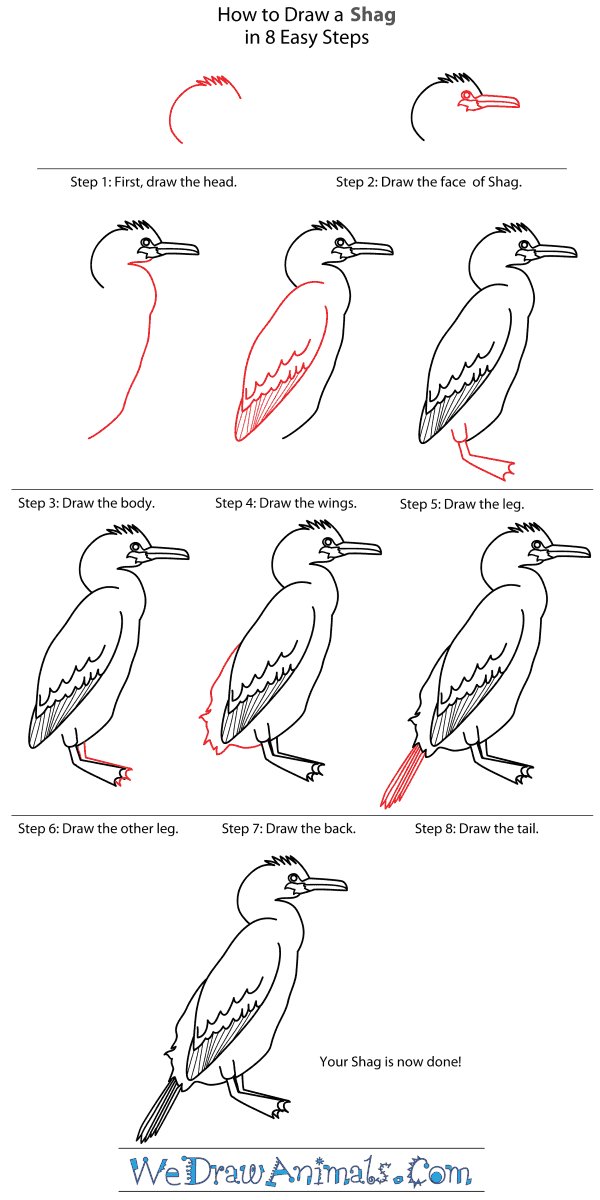 How to Draw a Shag – Step-By-Step Tutorial