How to Draw a Thylacine 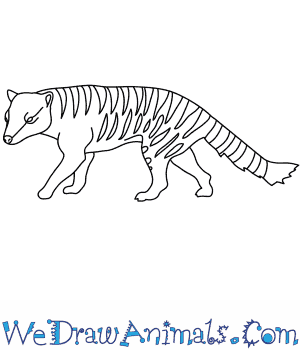 In this quick tutorial you'll learn how to draw a Thylacine in 9 easy steps - great for kids and novice artists.

At the bottom you can read some interesting facts about the Thylacine.

How to Draw a Thylacine - Step-by-Step Tutorial 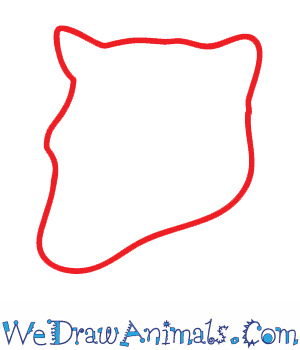 Step 1: When beginning your Thylacine drawing, you need to start with the head. To draw the head, draw two bumps at the top for the ears and larger bump at the bottom for the nose or mouth. 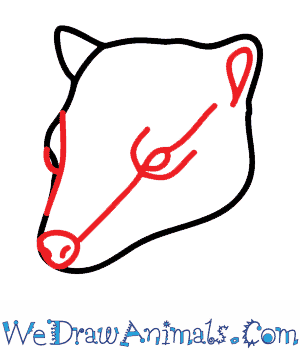 Step 2: Next you will want to add the facial features. Draw a circle for the nose and a circle with an arc around it for the eyes. Add a semi circle for the inside of the ear and a line coming from the nose through the eye. 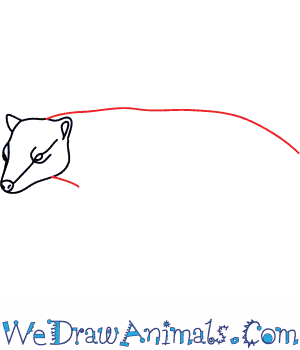 Step 3: The next step is to draw the body. Starting at the top of the head draw a long curved line for the back. Then draw a short line coming out from the bottom of the head. 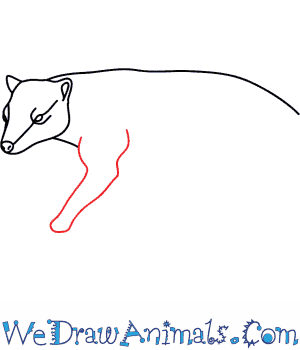 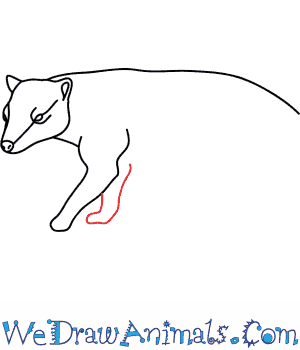 Step 5: Draw the other front leg the same as the first but coming out of the bottom of the body. 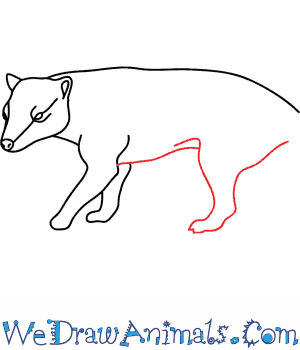 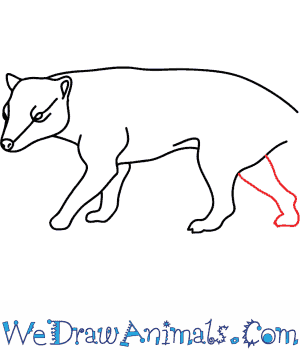 Step 7: Draw the other hind leg the same as the first but have it come out of the back of the body at an angle. 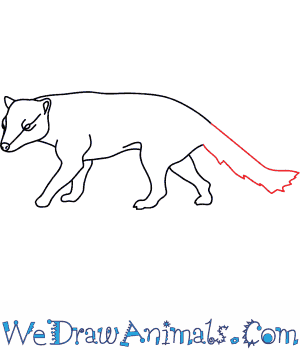 Step 8: Now you will want to draw the tail, by drawing a straight line for the top of the tail and a jagged line for the bottom and have them meet at an angle.

Interesting Facts about the THYLACINE

The Thylacine is a member of the canine family and the scientific term for them is Thylacinus cynocephalus. The scientific name is Greek for “dog-headed pouched one.” Another common name for this species is the Tasmanian Tiger. It gets its name from the stripes on its back, and was the largest carnivorous marsupial. They were native to Australia, Tasmania, and New Guinea. It was an excellent predator, able to survive in wastelands.

Like this animal, opossums had pouches in both genders. A pending project is designed to clone this animal. Although sightings of this species have been claimed, none are currently confirmed. Encroachment by humans, their dogs, and disease, is primarily blamed for its disappearance, but hunters may have received bounties for capturing this creature. Since there have been no recently verifiable reports of these creatures, they are considered to be extinct. 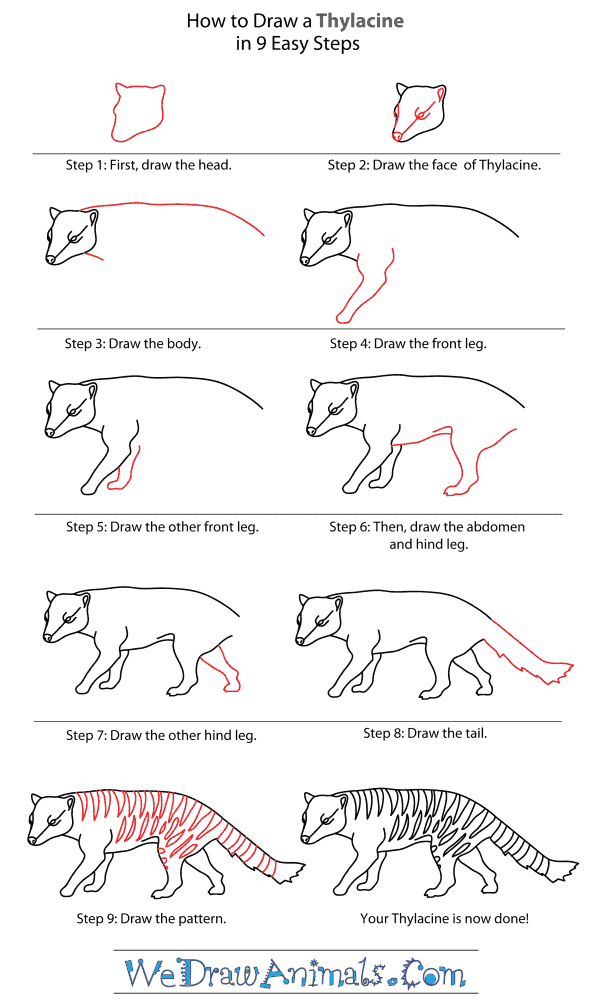 How to Draw a Thylacine – Step-By-Step Tutorial