How to Draw a Sharp-Tailed Grouse 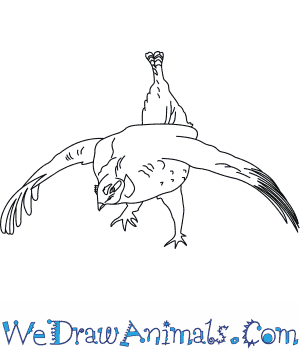 In this quick tutorial you'll learn how to draw a Sharp Tailed Grouse in 6 easy steps - great for kids and novice artists.

At the bottom you can read some interesting facts about the Sharp Tailed Grouse.

How to Draw a Sharp Tailed Grouse - Step-by-Step Tutorial 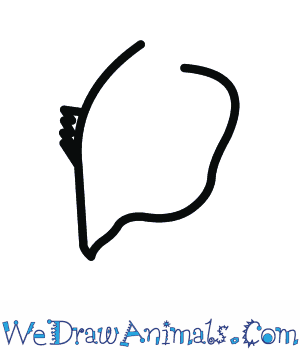 Step 1: Draw the head first. It is a curved line that comes to a pointy triangle, then wobbles for the second half of the circle. Add some tiny feather details. 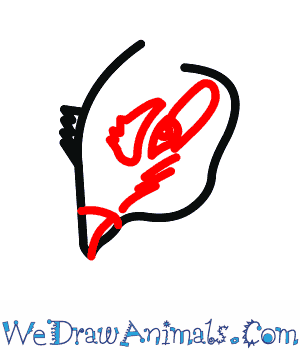 Step 2: Next, make the face. Add a line across and down the middle of the beak, the eye, and add some more feather details. 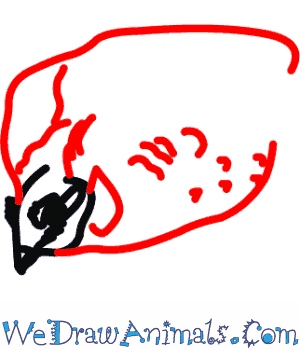 Step 3: Let's draw the body. It is shaped like a lumpy rectangle, leaving one spot open for the tail. Add some line details to make it more realistic. 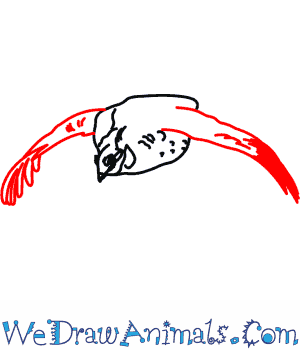 Step 4: Make the wings. They are lines that curve downward, with some feathery lines you can draw like fingers. 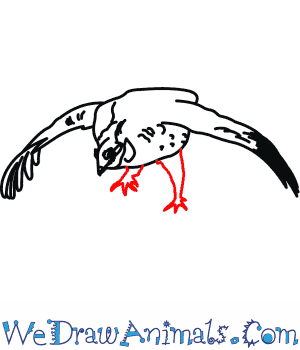 Step 5: Now, draw the legs. They are two lines coming down toward each other, and thin toes. 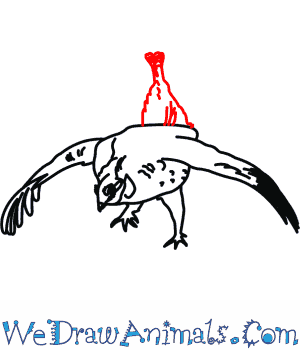 Step 6: Last, draw the tail. It looks like an upside down cup! Make the lines wiggly so that they look like feathers. You're done! If you'd like to color your bird, it is brown with white spots on it's wings and back. The tail is mostly white.

Interesting Facts about the Sharp-Tailed Grouse

A relative of the prairie-chicken they’re found only in the northern regions of North America. Sharp-Tailed Grouse stay in open grasslands that have nearby tree groves or shrubs. During winter nights they will burrow into snowbanks to keep warm. The Sharp-Tailed Grouse will change its eating habits based on the season switching from foraging on the ground to up in the trees.

Lesson plan note: The Sharp-Tailed Grouse has a unique courtship dance that’s important to their mating process. Have students gather in a large open area and mimic that dance by stomping their feet, bowing their heads, shaking their bodies and making cooing sounds. That way they see what a lek filled with males is like. 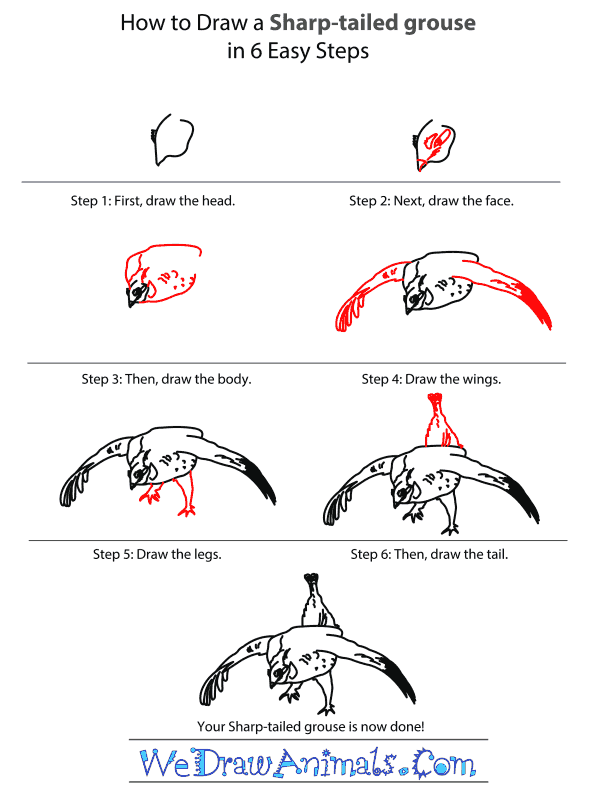 How to Draw a Sharp-Tailed Grouse – Step-by-Step Tutorial