How to Draw a Sheath-Tailed Bat 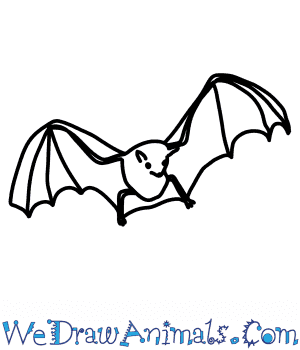 In this quick tutorial you'll learn how to draw a Sheath Tailed Bat in 8 easy steps - great for kids and novice artists.

At the bottom you can read some interesting facts about the Sheath Tailed Bat.

How to Draw a Sheath Tailed Bat - Step-by-Step Tutorial 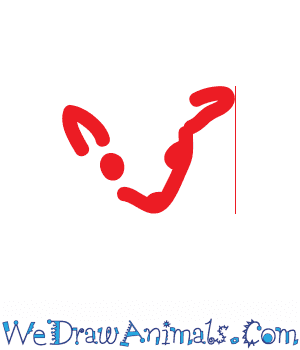 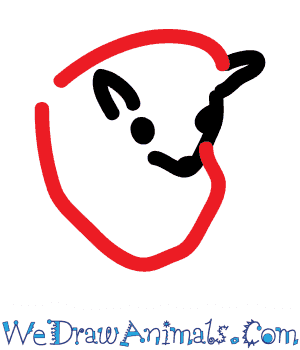 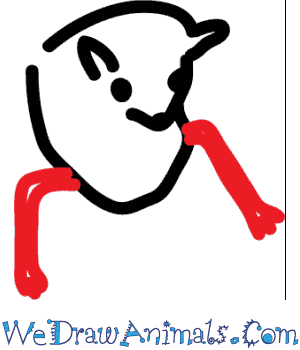 Step 3: On both sides at the bottom, add a thin, bent leg 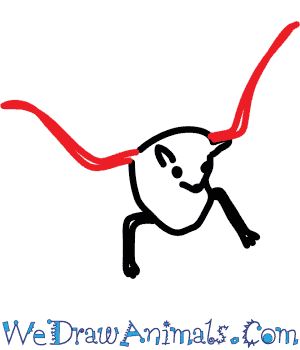 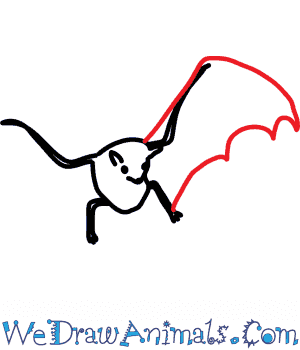 Step 5: Graft on your right batwing first, curving it at the bottom to create scallops 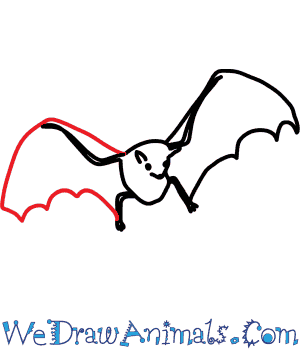 Step 6: Repeat for your other wing 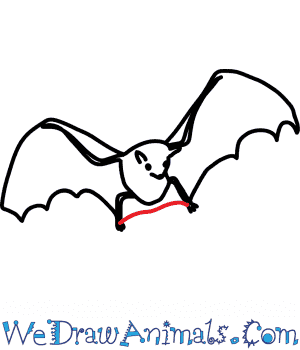 Step 7: Draw a line bewteen the legs to "connect" the rest of the wing together 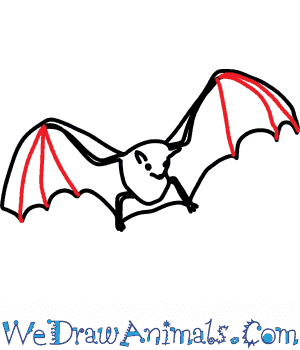 Step 8: Add lines in the wings to simulate the boning. (Three on each wing, up and down)

Interesting Facts about the Sheath-Tailed Bat

These bats occur only in the Seychelles Islands of the African Union. This is a 115-island country that is located east from the shore of mainland Africa. A hundred years ago, they used to be very common in this region. Unfortunately, their numbers have dwindled significantly, leaving only three islands as host to any amount of the sheath-tailed bat population. They are classed as critically endangered, with fewer than one hundred estimated left in the entire world. Their population has become endangered because of the cultivation of coconut palms in their native habitat, as well as invasive plant species moving in that have culled the population of insects that they can eat. They are a very small species of bat, weighing less than half a pound, and are known to roost in the cracks and crevices of houses and caves. They may hide in other spots that are cleverly camouflaged by the large palm leaves of neighboring trees.

This flying mammal has sac-like wings that are not very long, about the length of its small body in total wingspan. The males of this species try to impress females by fighting each other, which is why so many male bats will be seen with injuries on their tails or posteriors. Silhouette Island, one of the three Seychelles Islands that still harbor this bat, have the largest population of them in the entire world. 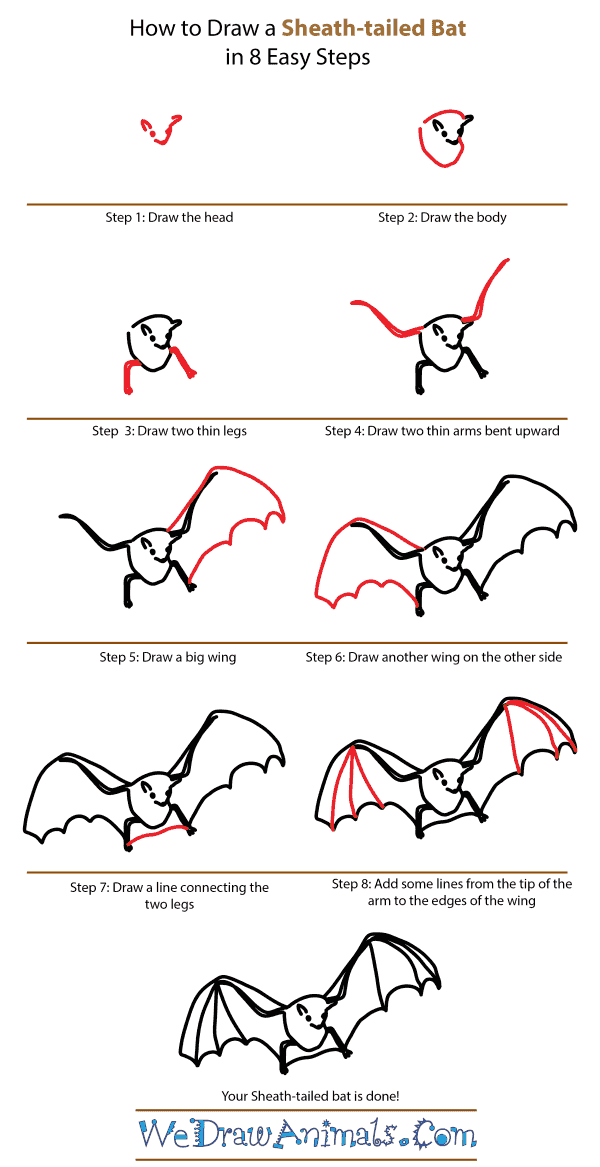 How to Draw a Sheath-Tailed Bat – Step-by-Step Tutorial