How to Draw a Short-Eared Owl 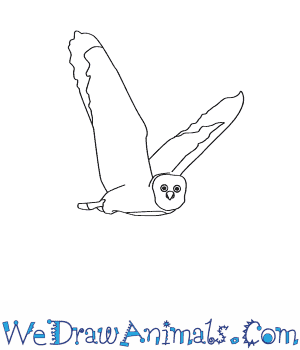 In this quick tutorial you'll learn how to draw a Short Eared Owl in 7 easy steps - great for kids and novice artists.

At the bottom you can read some interesting facts about the Short Eared Owl.

How to Draw a Short Eared Owl - Step-by-Step Tutorial 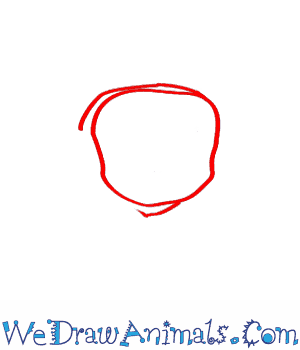 Step 1: Draw a rounded square for the head. Add a curve going down and back from both the top and bottom of the head. 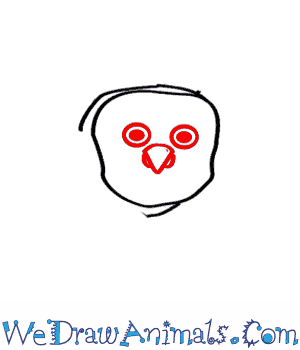 Step 2: In the middle of the head, draw two circles with dots inside, and a downward-pointing triangle under the gap between the two. 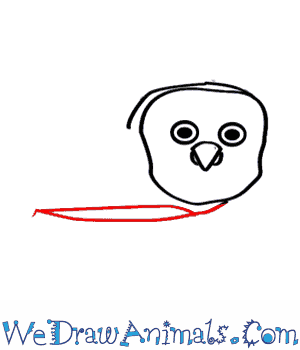 Step 3: Draw a narrow angular shape that connects to the curve under the head. 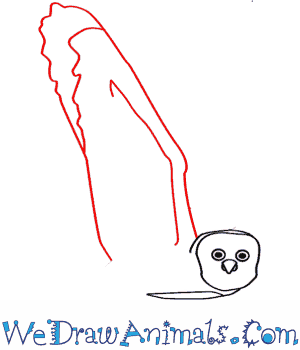 Step 4: At the back of the top of the head, draw a large, bent, upside-down V-shape, which zig-zags at the top. Draw a zig-zag line in the top of the wing and a long line along the front side of it. 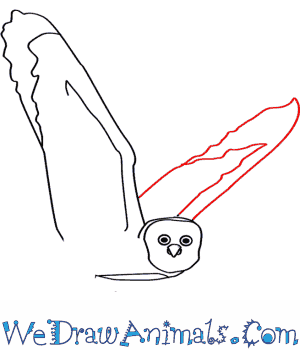 Step 5: Over the head, draw an angle within a large angle that points up and forwards; the ends of this shape should meet the top of the head and the bottom of the first wing. 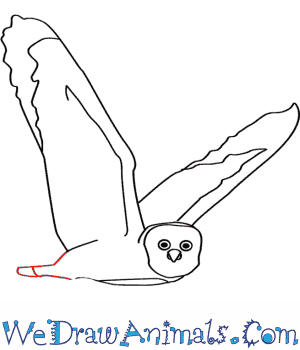 Step 6: Under the first wing, draw an angle that points back and almost meets the underside of the body. Draw a small line that closes off the point. 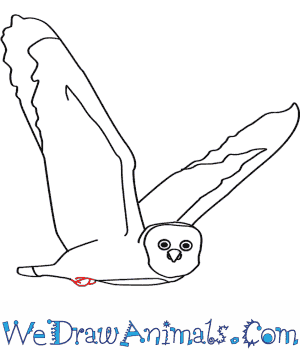 Step 7: Draw a small diamond shape in the gap between the tail and body for claws. You have drawn a short-eared owl! You can color it brown.

An owl with a funny name is the Short-Eared Owl. They are much different than any other owl species. For one, their flight is crazy and “moth-like” where it will flop his wings in a high, slow floppy motion.The other major difference is their habitats where they live. They prefer flat, treeless areas such as swamps, grasslands, fields and marshes. Other owl species will prefer dense forests with a lot of trees around.

The Short-Eared Owls are medium sized with a round head and small ears. Their eyes are yellow with a black beak and with long wings and black patches near the wrist area. The males have a buff color chest with brown streaking and a whitish belly. Females are a little darker and resemble dry grass to aid in camouflage. 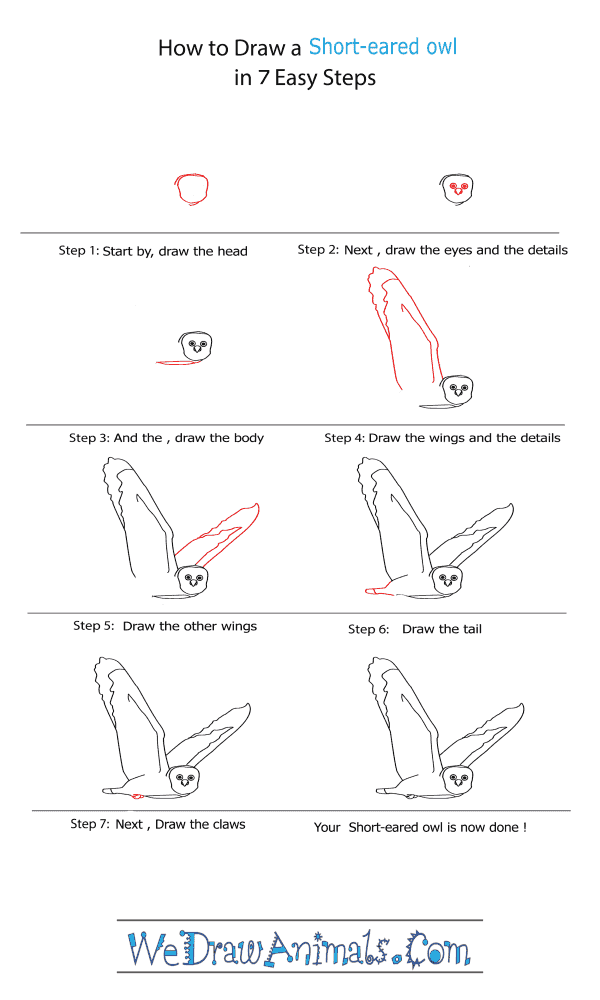 How to Draw a Short-Eared Owl – Step-by-Step Tutorial