How to Draw a Spinner Shark 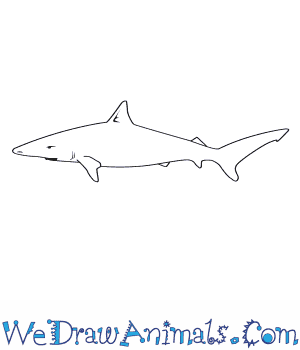 In this quick tutorial you'll learn how to draw a Spinner Shark in 5 easy steps - great for kids and novice artists.

At the bottom you can read some interesting facts about the Spinner Shark.

How to Draw a Spinner Shark - Step-by-Step Tutorial 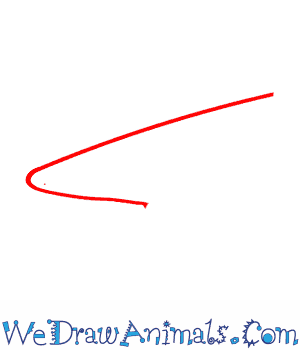 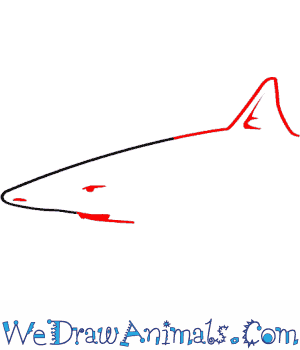 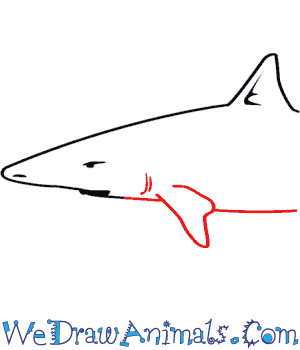 Step 3: Behind the bottom end of the head, draw a W-shape that angles slightly downwards. Connect it to the head with a small curve, and draw a longer curve going out behind it. Draw two small curves going up between the bottom of the head and this fin. 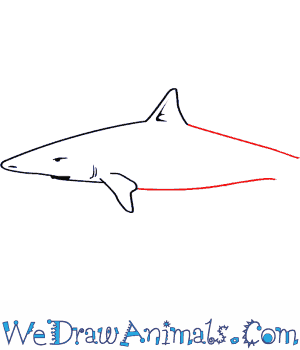 Step 4: Draw a straight line angling down from behind the top fin, and a curve angling up from the bottom end of the body. 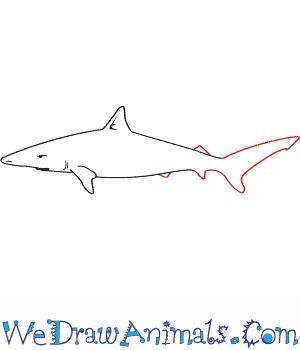 Step 5: Close off the rear end with a stretched-out W-shape. Draw a small triangle on top of the rear end and two on the bottom of the rear end. Your spinner shark drawing is complete! You can color it with a grey upper side and white underbelly.

The spinner shark is large and slim with a pointed nose area. They have a gray bronze coloring and their belly area is white. The tips of their fins have black on them which is noticeable.They are a fast swimming species of shark, which often jumps out of the water giving it, its name. They will swim with a school of fish and snap on all sides while turning and will leap through the water surface and won’t even slow down before reaching the top.

The Spinner Shark has a wide range and has seasonal migrations. They have been seen almost worldwide and prefer shallow water under 98 feet in depth but have been seen in water to depths of 250 feet. They live in regions such as North Carolina to Cuba and Brazil, probably not living in the Caribbean. They can also be found in the Western Pacific, Coast of North Africa to Cape Verde Islands, Red Sea, Southeast Africa and Madagascar coasts. 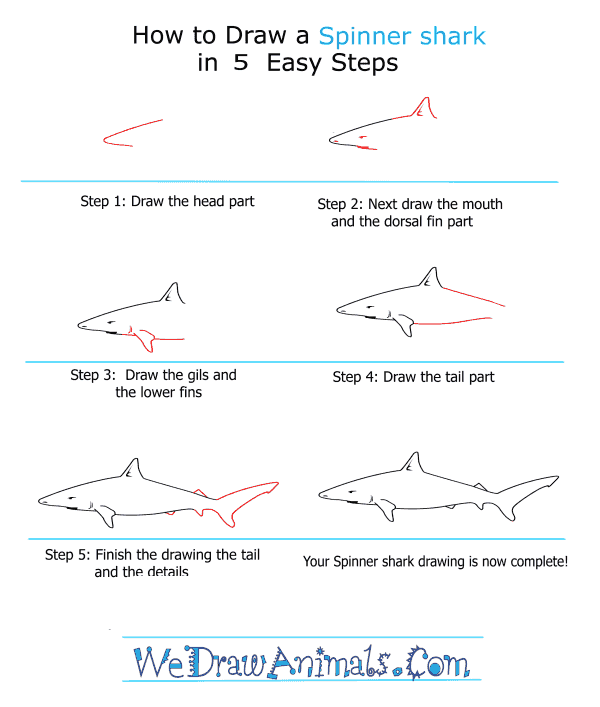 How to Draw a Spinner Shark – Step-by-Step Tutorial