How to Draw a Swift Fox 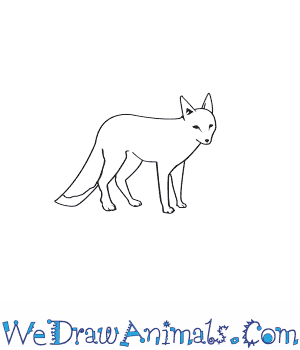 In this quick tutorial you'll learn how to draw a Swift Fox in 8 easy steps - great for kids and novice artists.

At the bottom you can read some interesting facts about the Swift Fox.

How to Draw a Swift Fox - Step-by-Step Tutorial 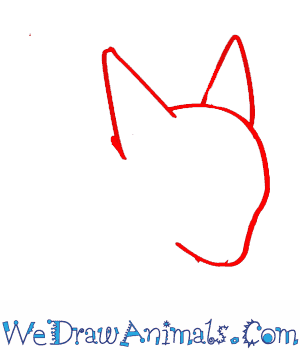 Step 1: Draw an upside-down teardrop shape with two triangles on top for the head. 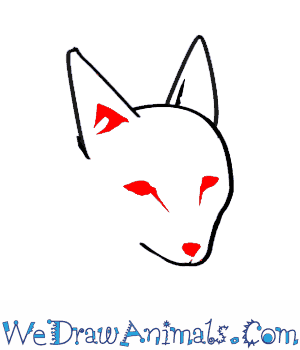 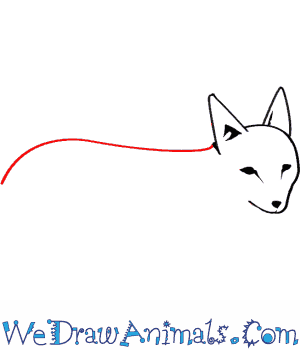 Step 3: At the back of the top of the head, draw a long curve going back and then down. 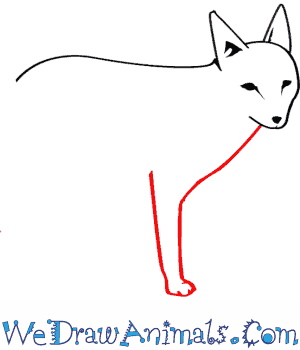 Step 4: Under the head, draw a line angling down, which then bends straight down, curves into a rounded shape for a foot, and finally goes straight back up. 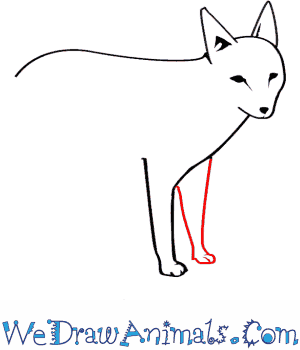 Step 5: Under the neck, draw a similar shape to step 4. 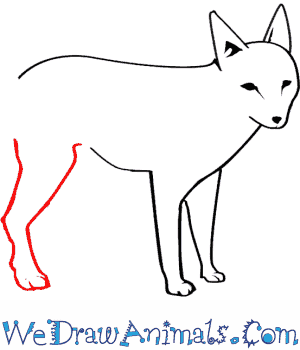 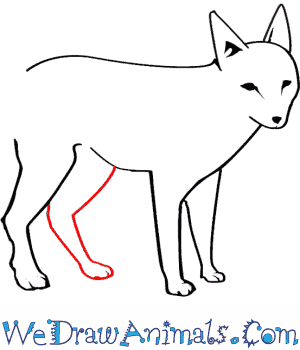 Step 7: Draw another line like in step 6 that starts near the top of the hind leg, ending when it meets the belly. 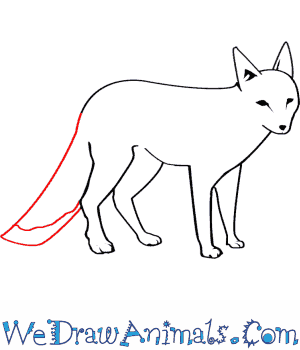 Step 8: Draw a long curve that connects the rear end to the first hind leg. Draw a wavy line that closes off the tip of the curve to complete the tail. Done! You can color it tan with a greyish face and tail tip.

The swift fox is native to the United States Great Plains region. The swift fox is fragmented and smaller populations spaced sporadically across Montana, South Dakota, Wyoming, Nebraska, Colorado, Kansas, Oklahoma, New Mexico and Texas.Their range used to include the prairies in central North America and extending into Alberta Canada and south central Texas. They also used to go to western Iowa, Colorado, Wyoming and Montana.

Mating season is December to February with a gestation of 51 days and a litter of 4-5 kittens.The main threat to the swift foxes is habitat loss since grassland is being converted to farmland. They used to be trapped and accidentally poisoned intended for wolves. Many Indian tribes are restoring the swift fox by having them on tribal lands. 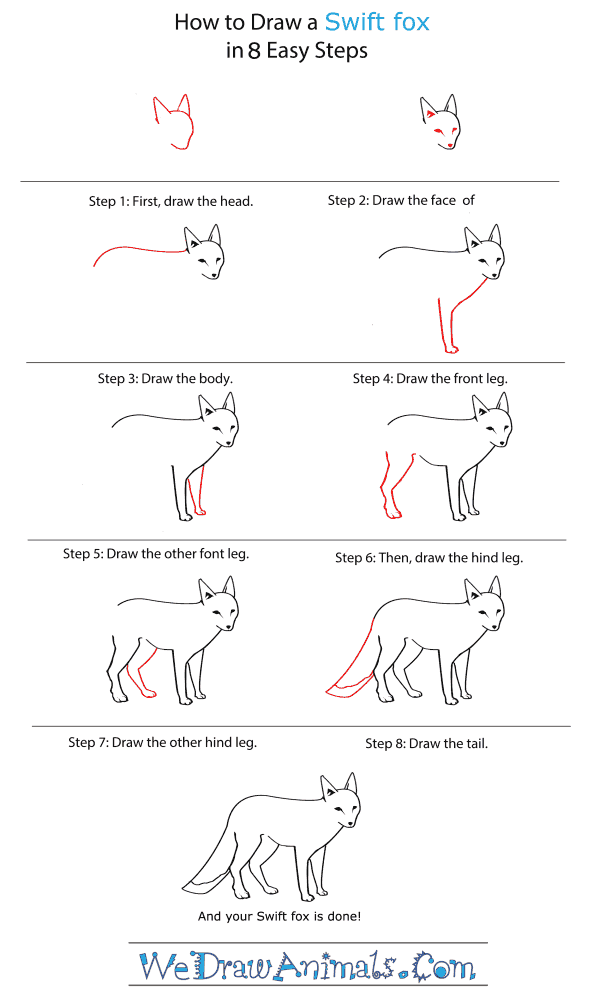 How to Draw a Swift Fox – Step-by-Step Tutorial