How to Draw a Tiger Beetle 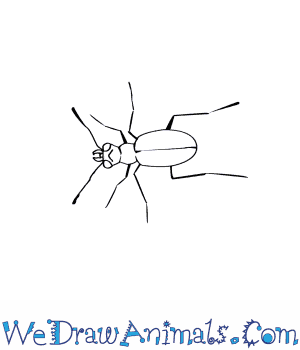 In this quick tutorial you'll learn how to draw a Tiger Beetle in 10 easy steps - great for kids and novice artists.

At the bottom you can read some interesting facts about the Tiger Beetle.

How to Draw a Tiger Beetle - Step-by-Step Tutorial 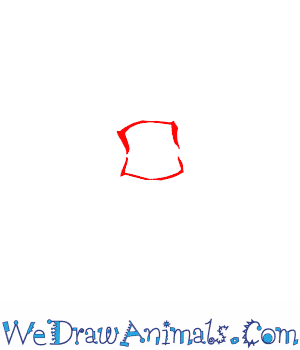 Step 1: For the body, draw a square whose left and right sides curves inward slightly, and have gaps in the middle. 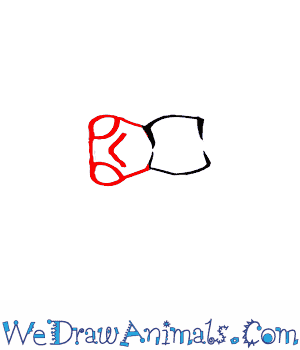 Step 2: On the left side, draw a curved triangular shape that fits into the curve of the body for the head. Draw ovals inside the two outer points, with a V-shape pointing between them. 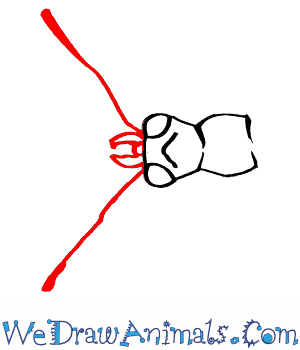 Step 3: On the front of the head, near each eye, draw a long line angling straight out. Draw two pairs of curves that meet in a sharp point between them. 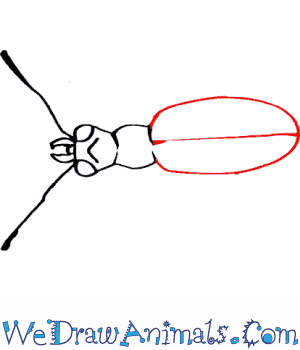 Step 4: On the opposite side of the body, draw a long oval with a horizontal line through it. 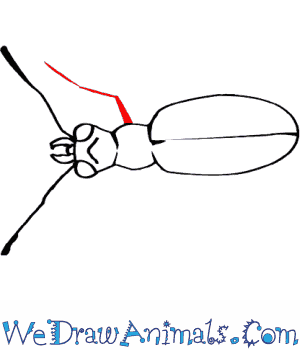 Step 5: At the midpoint of the top of the body, draw a bent line that angles up and towards the head and antennae. 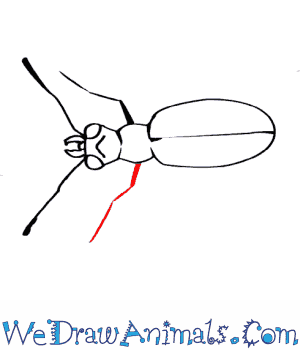 Step 6: On the opposite side, draw a mirror image of the first leg. 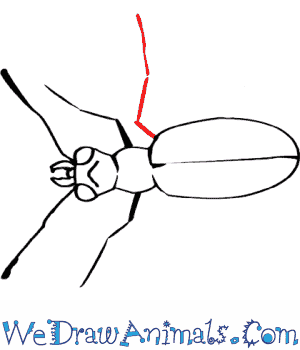 Step 7: At the meeting point of the body and the oval, draw a line that angles up to the head, then bends straight out. 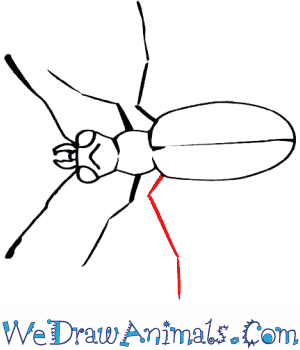 Step 8: Make a mirror image of this leg on the opposite side. 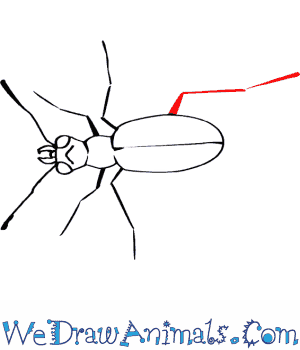 Step 9: At the midpoint on the top of the oval, draw a line straight up, then bends to the back of the body, and finally bends up slightly. 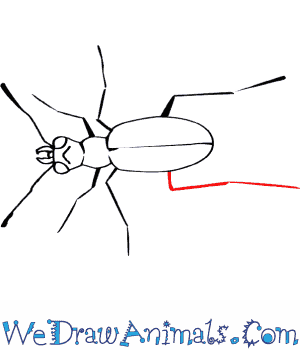 Step 10: Make a mirror image of this leg on the opposite side of the body. Done! There are many different species of tiger beetle, all with unique colorations.

Interesting Facts about the Tiger Beetle

Tiger Beetles have an attractive and eye catching coloration on its back. Their body is black, green, and ivory with darker, antler-like markings. This contrasts the ivory colored background.Two other beetles have markings a lot like the tiger beetle but they do not have the dark red part on the top leg section.

The Tiger Beetles prefer bright and sunny conditions. They have excellent eyesight and use this and their fast speed to chase down their food. Their main course of meals is flies and ants. While there is no true information on Tiger Beetle reproduction, most females will dig a number of burrows and lay one egg in each after mating. 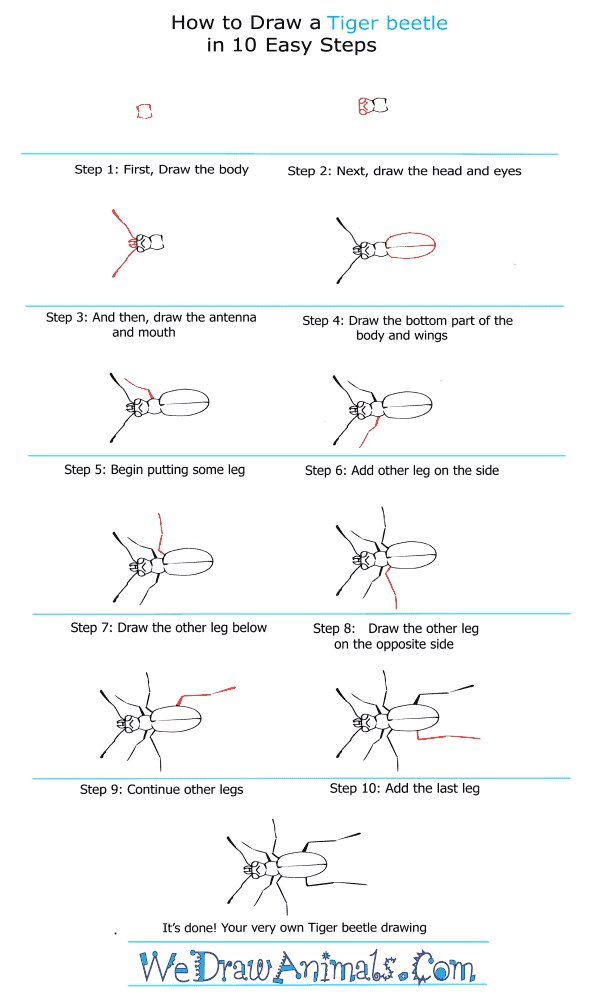 How to Draw a Tiger Beetle – Step-by-Step Tutorial