How to Draw a Tree Swallow 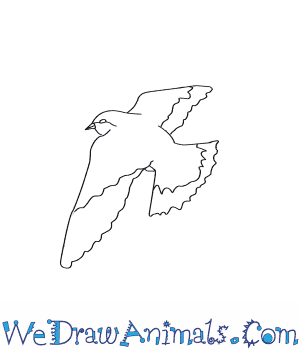 In this quick tutorial you'll learn how to draw a Tree Swallow in 6 easy steps - great for kids and novice artists.

At the bottom you can read some interesting facts about the Tree Swallow.

How to Draw a Tree Swallow - Step-by-Step Tutorial 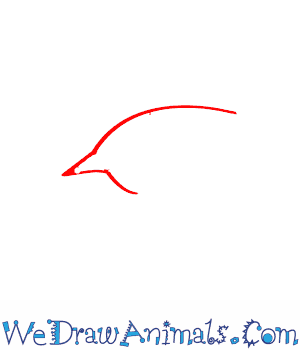 Step 1: Draw two curves that meet in a sharp point. 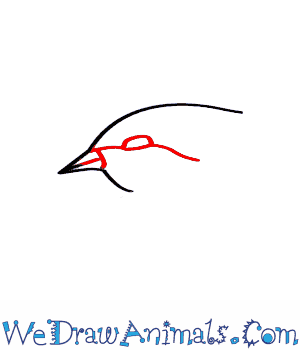 Step 2: Close off the point with a small line. Draw a tiny oval in the middle of the head. Draw a horizontal line through the beak to the eye, and another from the opposite side of the eye to the back of the head. 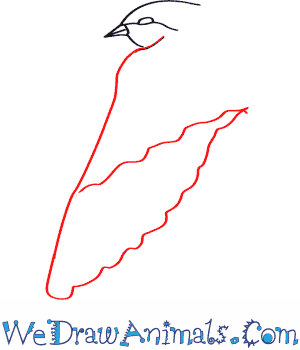 Step 3: At the bottom of the head, draw a long V-shape. The side farthest from the head should be wavy; draw another wavy line that goes from the top end of this side to the lower half of the opposite side. 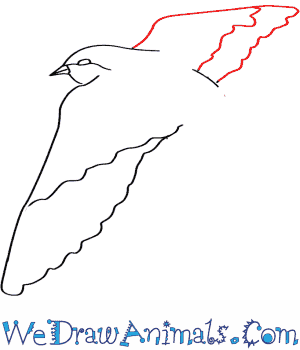 Step 4: Draw a line that curves from the back of the head, ending over the end of the first wing, with a gap in the middle. Over this curve, draw a line that goes straight out, angles up and back, then bends back down to the rear end in a wavy line. Draw another wavy line inside this shape that connects the top end of the wing to the body. 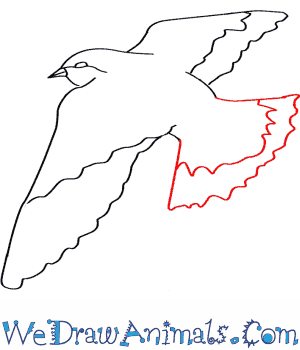 Step 5: In the gap at the rear, draw a line from each end that angles out and away, and connect them with a wavy line. Draw a second wavy line inside this shape. 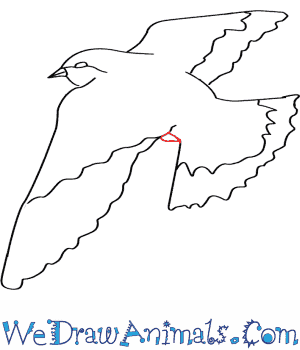 Step 6: Draw a line from the rear to the lower wing for a leg. Done! You can color it blue-green.

Interesting Facts about the Tree Swallow

Tree swallows are a common sight across summer wetlands and fields across North America. They have deep-blue iridescent backs and clean white fronts for their coloration.Their main nesting is in cavities but will also live in bird houses. With this habit, is has made scientists able to study their breeding in detail and makes them a great addition to many homeowners yards or fields.

Tree Swallows will breed in fields, shorelines, marshes, wooded swamps, and ponds which prefer to live near water that produce a lot of flying insects for them to feed on. The female will do most of the nest building taking between a few days to up to two weeks to finish. She will lay between 4-7 eggs one or two times in a single season. 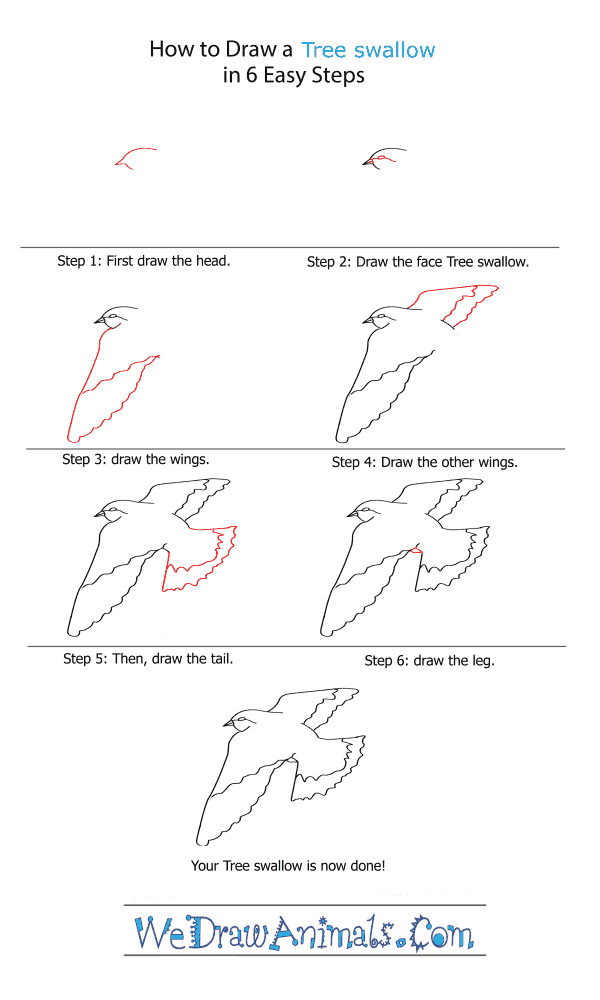 How to Draw a Tree Swallow – Step-by-Step Tutorial