How to Draw a Wandering Albatross 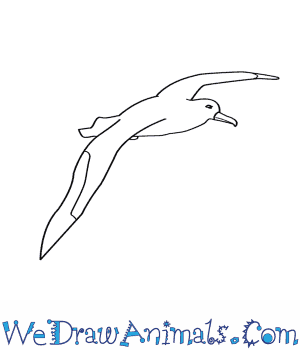 In this quick tutorial you'll learn how to draw a Wandering Albatross in 6 easy steps - great for kids and novice artists.

At the bottom you can read some interesting facts about the Wandering Albatross.

How to Draw a Wandering Albatross - Step-by-Step Tutorial 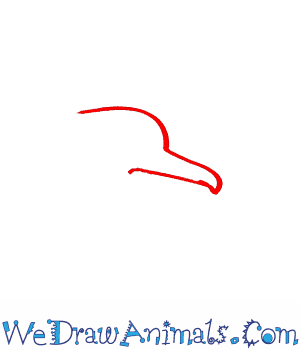 Step 1: Draw two curves that meet in a sharp point for the beak. Connect another, larger curve to the end of the top curve for the head. 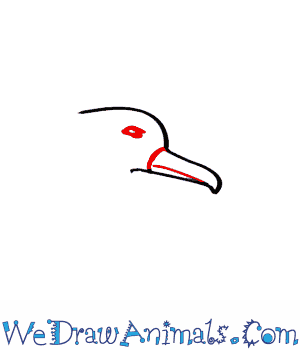 Step 2: Close off the beak with a small line. Draw a tiny oval in the middle of the head. 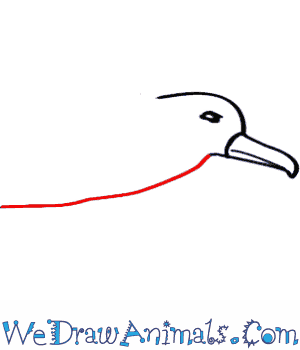 Step 3: From the bottom end of the beak, draw a long curve going back. 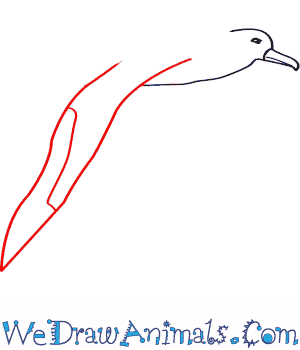 Step 4: In the middle of the body, draw a long, curving V-shape that ends down below it. Add a line that angles down from the midpoint of the back of the wing to the tip of the other side of the wing. 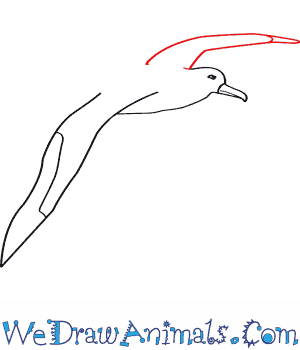 Step 5: From the back of the head, draw a bent, narrow angle that points over and towards the head. Add a small line closing off the tip. 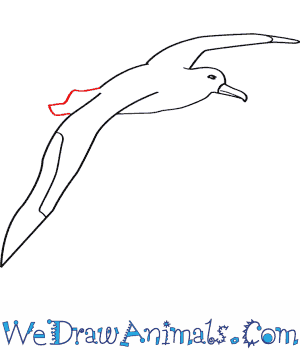 Step 6: Draw a tiny curve under the belly that meets the lower wing. Done! You can color it white, with white and black wing edges, a light peach spot on the side of the head, and a pink bill and feet. The wandering albatross has the largest wingspan of any living bird!

The Wandering Albatross is a large bird that spends most of their time flying over Southern oceans. They can travel very far distances and are found over the open ocean.Some populations of the Wandering Albatross have shown declines due to long line fishing where the bird tries to get bait from the hook and gets pulled under the water.

Females will lay one single egg where it will hatch two months later.Albatross feed at night on cephalopods, crustaceans and small fish. Sometimes they eat so much they cannot fly and will sit helplessly in the water.

Since this is one of the largest birds, they can weigh 13 to 28 pounds. The length of their body is about 3 feet 6 inches to 4 feet 5 inches. Baby Wandering Albatross are a chocolate brown but will get whiter with age. 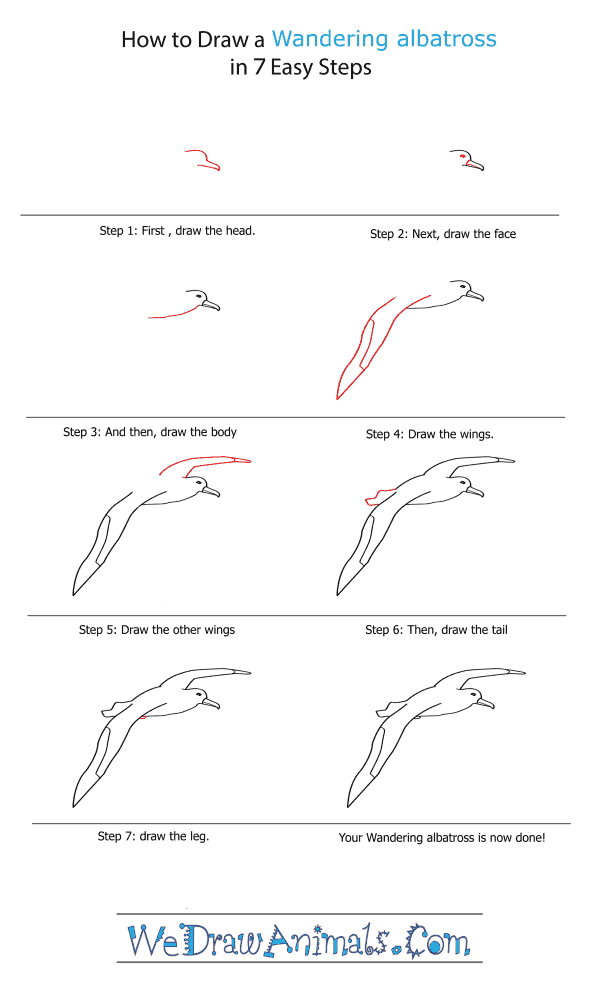 How to Draw a Wandering Albatross – Step-by-Step Tutorial