How to Draw a Water Beetle 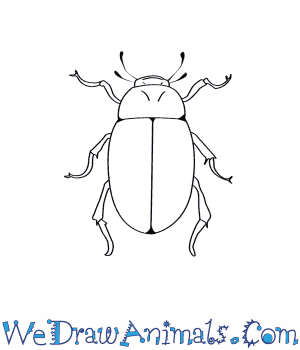 In this quick tutorial you'll learn how to draw a Water Beetle in 9 easy steps - great for kids and novice artists.

At the bottom you can read some interesting facts about the Water Beetle.

How to Draw a Water Beetle - Step-by-Step Tutorial 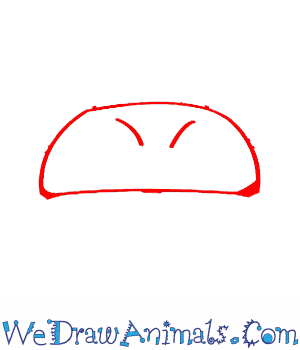 Step 1: For the body, draw a half-circle. Add two little curves that angle down to the middle of the body. 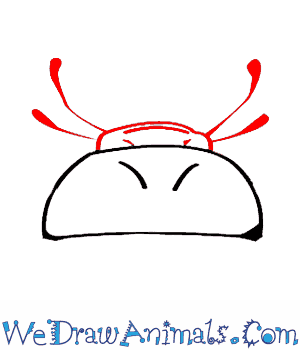 Step 2: Draw a small semicircle on top of the body. Draw a small circle inside each end of the semicircle. Add two long curves coming out and away from each eye. 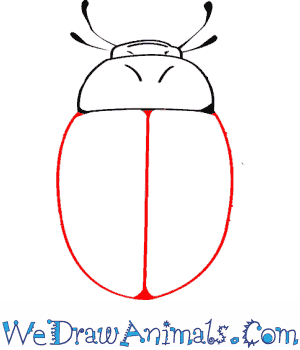 Step 3: At the bottom of the half-circle that is the upper body, draw an oval with a vertical line through it. 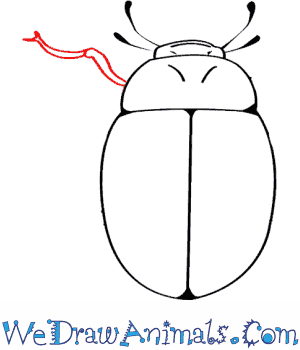 Step 4: At the midpoint of the half-circle, draw a curvy line that bends up, down slightly, then up again, ending in two prongs. 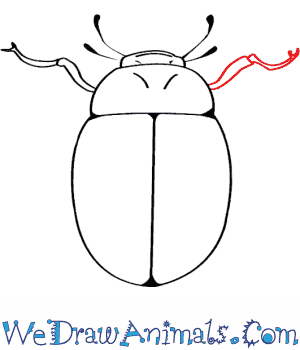 Step 5: Draw a mirror image of this leg on the opposite side of the body. 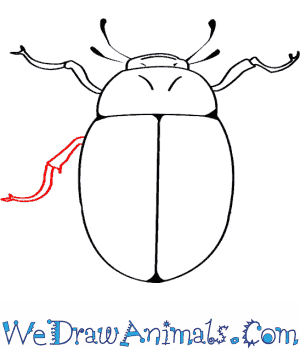 Step 6: Near the top of the oval that is the lower part of the body, draw a line that angles down, turns into a curve pointing away from the body, and ends in two small prongs. 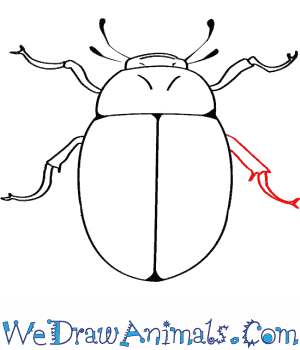 Step 7: Draw a mirror image of this leg on the opposite side of the body. 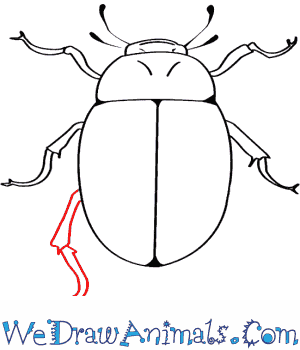 Step 8: At the midpoint of one side of the oval, draw a line that angles down and away from the body, then bends down and towards the body. 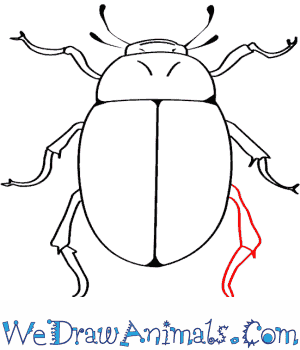 Step 9: Draw a mirror image of this leg on the opposite side of the body. Done! You can color it brown or dark green.

Interesting Facts about the Water Beetle

The Water beetle is from Great Britain or Ukraine as some may call it along with other parts of mainland Europe on the Western region. They have been restricted to the areas of Devon and Cornwall of Great Britain. They are also common in Morocco and the Iberian Peninsula.The species of Water Beetle is known as a river shingle beetle, this is because of where it is found with shingle and other exposed sediments at margins of rivers.

The species of the Water Beetle among other beetles that live in river shingle habitats are likely to be damaged by river dredging and straightening, damming, trampling by livestock, flood defense schemes and an invasive plant called Himalayan Balsam. 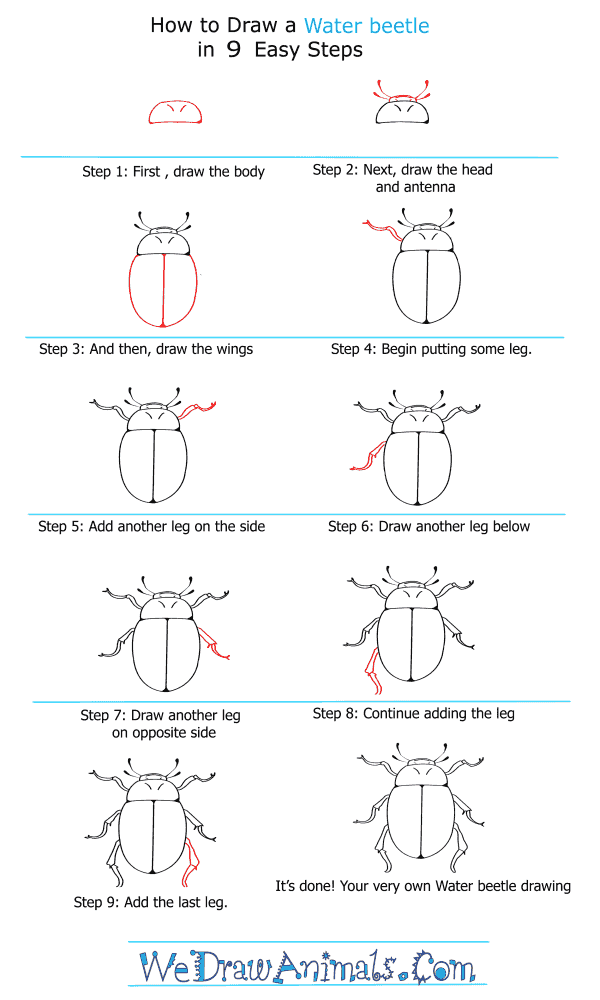 How to Draw a Water Beetle – Step-by-Step Tutorial